Erik ten Hag has committed his future to Ajax for the foreseeable future following speculation linking him with potential jobs at Manchester United and Newcastle.

The Dutchman has impressed since taking charge of Ajax in 2017, with his reputation in managerial circles skyrocketing due to the job he has done with the Eredivisie giants.

Under ten Hag’s tenure, Ajax have won two Eredivisie titles and turned into genuine Champions League hopefuls, despite being dwarfed financially by the giant European clubs. 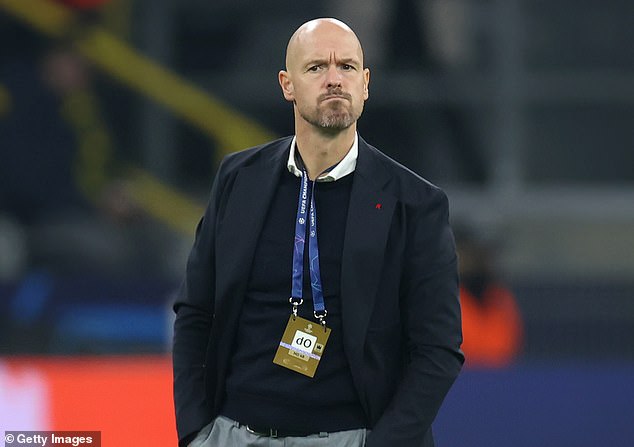 The 51-year-old is also credited with restoring the prestige of Ajax’s academy, with several youth players coming through the system and going on to star on the European stage.

As such, ten Hag’s name has been linked with several high-profile positions since the summer, including Tottenham, Newcastle and Manchester United.

But he clarified his position amid the rumours and stated his desire to remain in Amsterdam.

Asked by ESPN about where he would consider going after Ajax, ten Hag said: ‘I live in the present, so I find it hard to answer this. 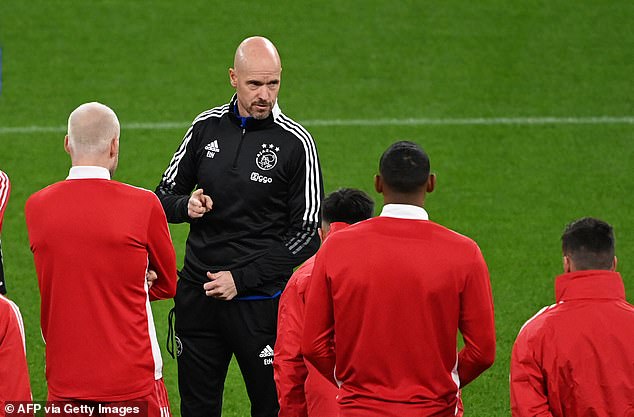 ‘I always want to improve my team, and as long as I feel this motivation I want to keep going, if Ajax wants that too.’

Pressed on why he wasn’t interested by the prospect of managing a Newcastle team under new Saudi-led owners with huge resources, ten Hag said: ‘I am happy at Ajax. I can work there in a good way.

‘The conditions and the climate are good. Good management and very nice staff, and not to forget I have a very good group of players, which is also flexible.’

Newcastle have since turned to Eddie Howe and Tottenham recently appointed Antonio Conte as their new manager, but speculation over ten Hag’s links to Manchester United may still persist. 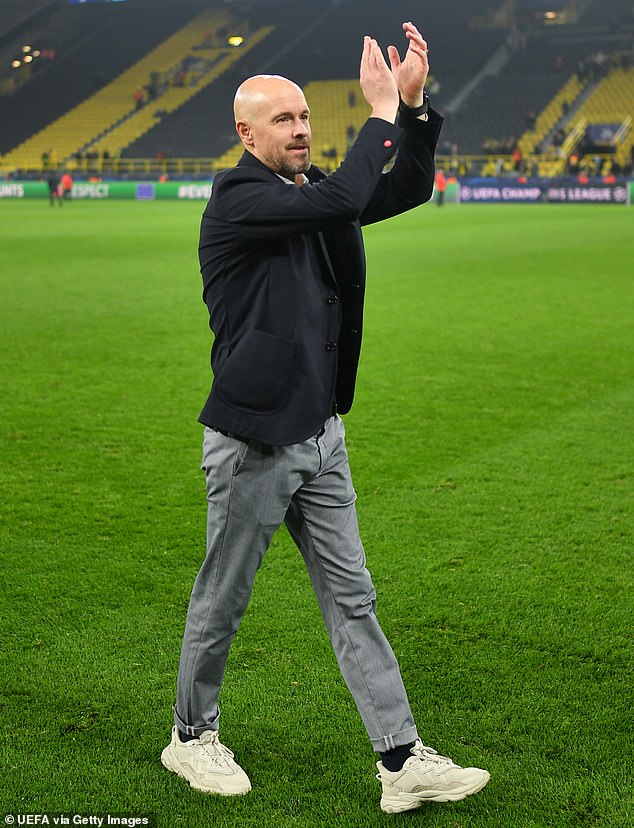 United boss Ole Gunnar Solskjaer remains under enormous pressure, with his job hanging by a thread after a series of poor losses in the Premier League.

The club are reportedly sounding out former Real Madrid boss Zinedine Zidane as another possible replacement.

How long the Red Devils will stick with Solskjaer remains to be seen, but should ten Hag’s success at Ajax continue he may yet find himself on the end of a phone call from Old Trafford in the not-too-distant future.