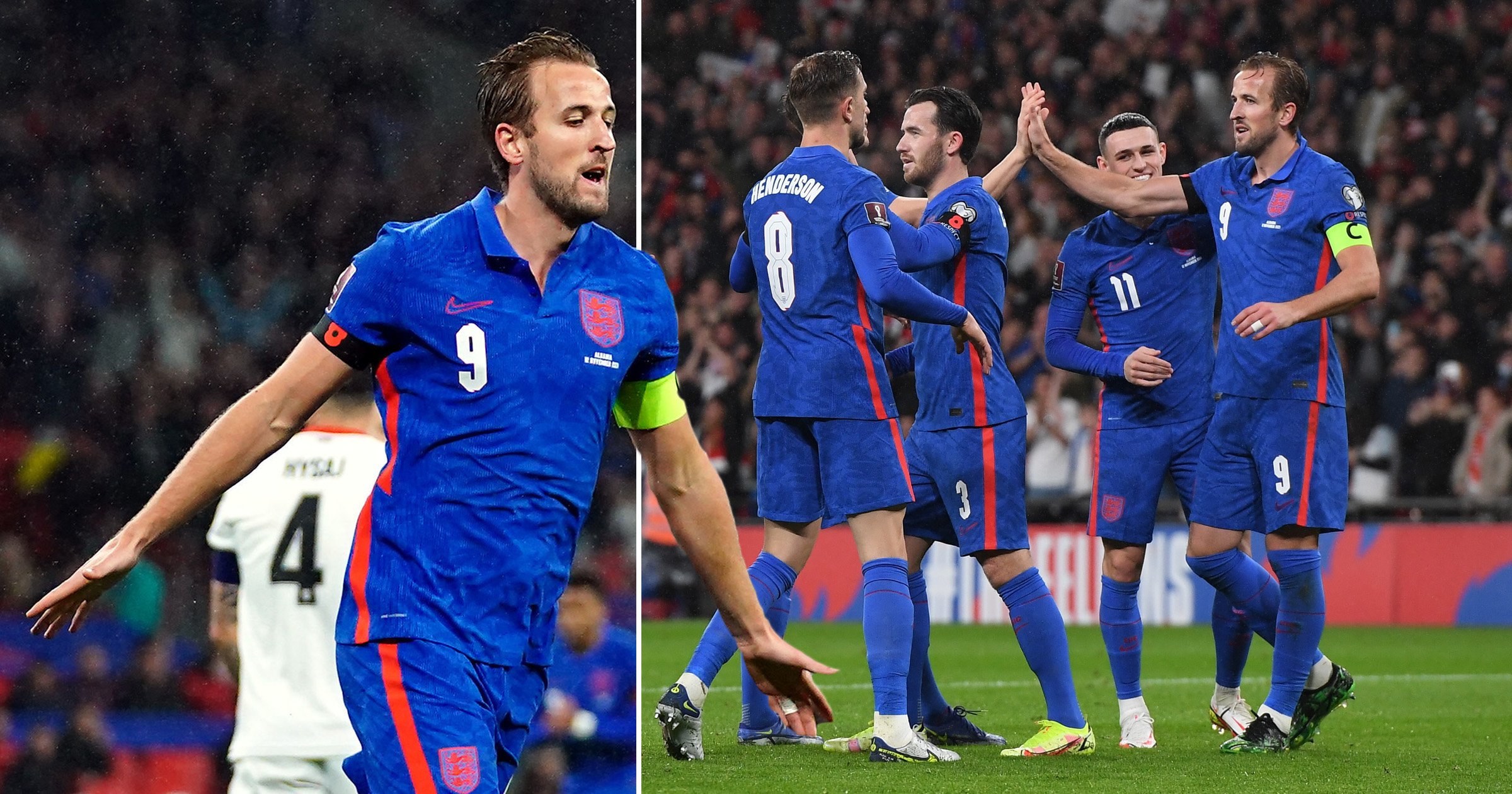 England have all but secured qualification for the 2022 World Cup in Qatar after a ruthless display against Albania on Friday night saw them bag five first-half goals at Wembley.

The Three Lions had looked lethargic and cautious in recent outings but only needed a point against Albania to ensure that victory over minnows San Marino – the worst ranked team in the world – next week would book their passage to next year’s tournament.

But they looked keen to lay down a marker and not simply limp over the qualification line, putting the visitors to the sword as Harry Kane netted his fourth England hat-trick – and first in two years for his country – en route to a 5-0 victory.

The game started in fiery fashion with Albania flying into tackles, with one particularly robust challenge on Kane providing an opportunity for Reece James to float in a free-kick.

Continuing his fine club form, the Chelsea defender whipped in a perfect cross for Harry Maguire to power a header into the back of the net and give the home side an early lead, with the Manchester United skipper sticking it to his critics with his celebration.

Albania needed to win to keep their hopes of finishing second alive and left plenty of space for England to exploit, with Phil Foden gliding through a host of white shirts before firing over the bar.

Kyle Walker nearly gifted Albania an equaliser with an under-hit back-pass but his blushes were spared by Jordan Pickford, who made a crucial save, and England duly punished the visitors for their profligacy.

James’ surging run was continued by Jordan Henderson, who powered to the byline and lofted a cross into the box for Kane who nodded into the back of the net from close range.

Just before the half-hour mark England added a third as they took full control of the match, Henderson playing a lovely one-two with Kane before turning a defender inside out and rolling the ball into the bottom corner.

Kane then added his second of the night, darting in behind the defence to pick up a pass from Raheem Sterling before shifting on to his left foot and powering a thunderous effort past Thomas Strakosha from an extremely acute angle.

The Tottenham man had several chances to make it a first-half hat-trick, volleying a great chance wide of the far post, but made no mistake from a corner kick on the stroke of half-time as he acrobatically volleyed the ball home thanks to a slight deflection to net the perfect hat-trick.

With the result already in the bag, England were understandably a little more conservative in the second half and saw out the rest of the match with little fuss, making a host of substitutions along the way as Arsenal’s Emile Smith Rowe made his debut.

Elsewhere in the group, Poland beat 10-man Andorra 4-1 to remain three points behind England, though a point against San Marino on Monday night – who have lost all nine matches and conceded 35 goals – is enough for Gareth Southgate’s side to qualify.