Home » Soccer » EIGHT THINGS WE LEARNED from the Premier League

EIGHT THINGS WE LEARNED from the Premier League

Chelsea’s Reece James puts himself in frame for the Champions League final, Man United set to contend for the title next season… and should Mikel Arteta have gambled with Bukayo Saka at left back in Europe? EIGHT THINGS WE LEARNED from the Premier League

With the season coming to a close and with plenty on the line for many teams still, the Premier League served up another exciting weekend of action.

Manchester City have been made to wait that little bit longer to wrap up the title after losing 2-1 to Chelsea in a Champions League final dress rehearsal at the Etihad, while nearest rivals Man United overcame Aston Villa.

Meanwhile, Leicester and West Ham suffered huge blows in the race for European football after defeats to Newcastle and Everton respectively, while West Brom’s fate was sealed after relegation to the Championship.

Here, Sportsmail take a close look at the things we learned from this weekend’s drama in the English top-flight… 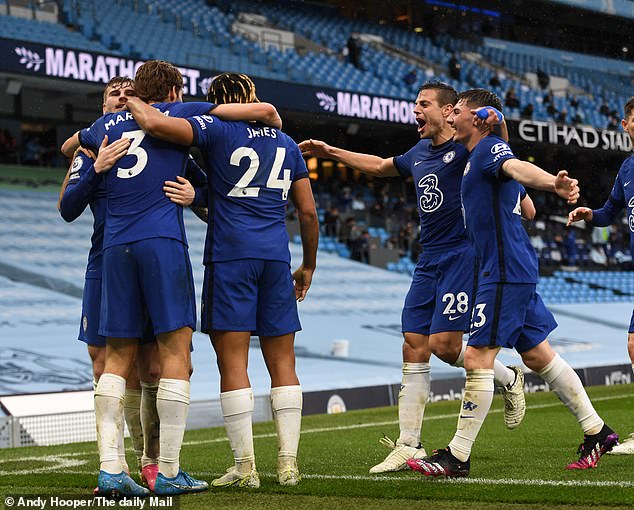 JAMES PRODUCES A CRACKER AT THE ETIHAD

After Chelsea got one over their upcoming Champions League final opponents at the Etihad on Saturday evening, they had one man to thank in particular – Reece James.

The Chelsea right wing back grew into the game as it went on and had a massive impact during the second half as Thomas Tuchel’s side wore champions-elect City down.

The young England international dominated Benjamin Mendy down the right-hand side with his bursting runs, forcing the French left back to retreat time and time again.

James’ willingness to remain on the front foot meant that Mendy struggled to do what he is best at – making his surging runs down the left and delivering incisive crosses for his team-mates.

The 21-year-old may have not been directly involved in either of Chelsea’s goals in Manchester but he made the difference thanks to his energetic attacking display, and has put himself firmly in the frame for a starting spot in the European final come the end of May.

And with Andreas Christensen now a doubt after he was forced off at the Etihad with an apparent hamstring injury, James could start at right wing back with Cesar Azpilicueta moving into central defence. 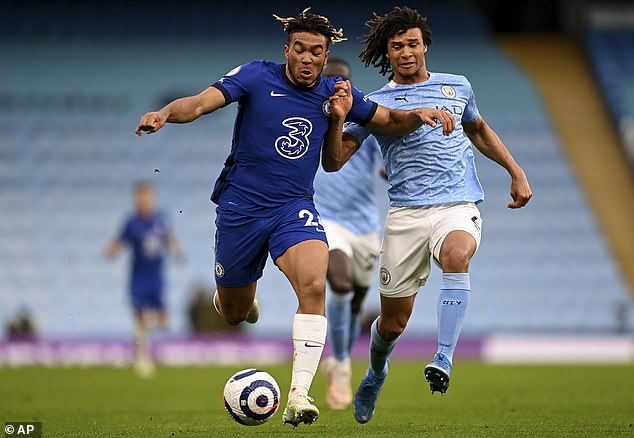 Reece James shone for Chelsea at the Etihad during the 2-1 win, especially in the second half

ARE MAN UNITED THE BIGGEST THREAT TO CITY?

While they weren’t able to keep up with noisy neighbours City in their title push, Manchester United will quietly be happy with their season to date and it could get a whole lot better.

United have been the best of the rest this season by a fair distance in the Premier League and could cap off their season with glory in the Europa League when they take on Villarreal in the final in Gdansk on May 26.

Chelsea have enjoyed an incredible resurgence under Tuchel since he took over in January but it’s hard to look past United being City’s biggest threat next season – having been very consistent for the majority of this season.

The victory over Aston Villa summed United up. After a sluggish start, they soon burst into life when they needed to and had the firepower up top to seal the three points on Sunday.

It was United’s 10th victory this campaign after falling behind to their opponents, which is a Premier League record. And if they are to avoid defeat at Wolves on the final day, they will become only the third top-flight club after Preston and Arsenal to go a whole term without defeat away from home.

Ole Gunnar Solskjaer’s men are becoming more and more resilient and with additional experience together next season, they could perhaps push City all the way. But of course, Chelsea and Liverpool will have their say too. 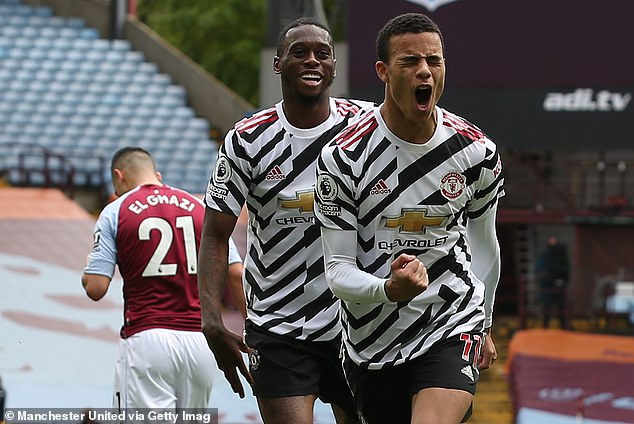 TOO LITTLE TOO LATE FOR LIVERPOOL’S FRONT THREE?

Since Christmas came around, it’s safe to say that it has been a pretty disastrous season for Liverpool and in particular their misfiring front three.

Other than Mohamed Salah, the trio of Sadio Mane, Roberto Firmino and to a lesser extent Diogo Jota, due to injury, have struggled to deliver the goods in front of goal and Liverpool are now paying the price.

The reigning Premier League champions are now on the brink of missing out on Champions League football next season after horrid form since Christmas, sitting six points behind Leicester in fourth – but they do have a match in hand.

But while the task is a difficult one, Saturday’s performance would have given Jurgen Klopp a glimmer of hope in their battle for a top-four finish.

The front three of Salah, Mane and Jota looked more cohesive in the 2-0 win over Southampton at Anfield, and the opening goal perfectly highlighted that.

Salah produced a perfect cross to the back post where Mane was on hand to head home after taking up a clever position, and the trio linked up and created chances for each other throughout at Anfield. But have they found form too late? 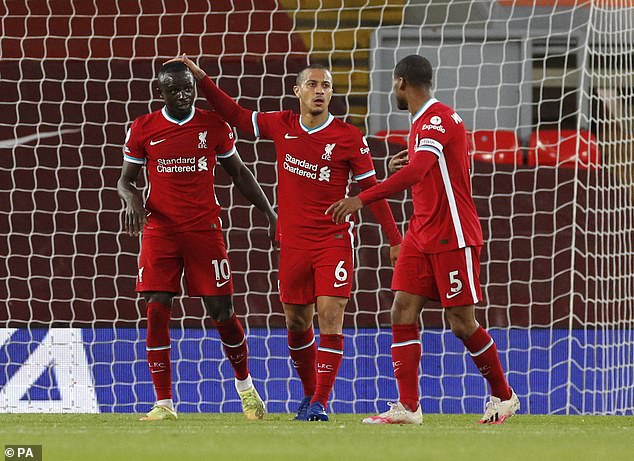 ARTETA’S LEFT BACK GAMBLE UP FOR DEBATE

While Kieran Tierney was out with a knee injury for Arsenal, Mikel Arteta had a huge selection dilemma at left back. Bring Bukayo Saka back into defence or shift Granit Xhaka there?

Arteta went for the latter but his absence weakened Arsenal’s tempo in the middle of the pitch and the Gunners lacked real balance without their former captain dictating play in midfield.

Xhaka featured at left back in the first leg of the Europa League semi-final against Villarreal before a late injury saw a still-not-fully-fit Tierney come into the side for the second leg at the Emirates.

Arteta decided to keep Saka up top having shone for Arsenal all season in what has been a very turbulent campaign for the club. But Sunday’s performance against West Brom proved the Spaniard may have been wrong all along.

Saka started at left back against West Brom and continuously got in behind the Baggies defence, superbly setting up Emile Smith Rowe for Arsenal’s first of the night in north London.

The young England starlet gave Arsenal a real threat from left back thanks to his energy, while his presence on the defensive flank ensured his side’s balance between attack and defence stayed intact. 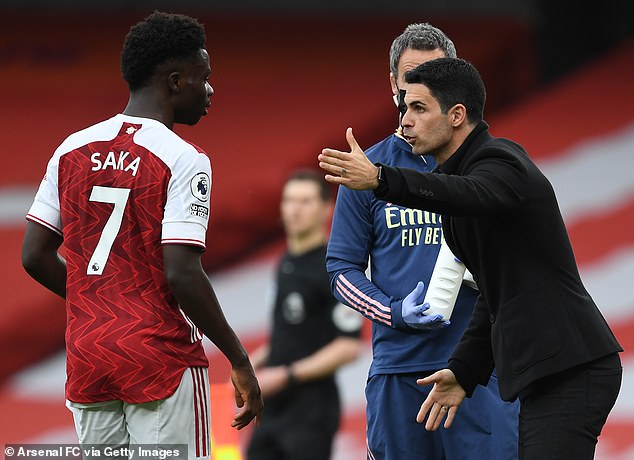 After missing out on Champions League football last season after a nightmare ending, Leicester will be determined the same doesn’t happen again this term.

But the signs may be pointing that way with Brendan Rodgers’ side on another very tough run.

They appeared a shoo-in for a top four finish earlier on in the campaign but nerves will be shredded at the King Power Stadium following their 4-2 defeat against a Newcastle side who have been toothless in front of goal all season.

Friday night’s loss has left the Foxes just five points clear of West Ham in fifth with three matches to spare but the threat of Liverpool behind them is arguably even more worrying.

Klopp’s men are six points adrift of Leicester but have a match in hand with the business end of the season reaching boiling point.

And it’s a scary ending to the season for Leicester, who take on Man United away on Tuesday night before travelling to Chelsea and hosting Tottenham. 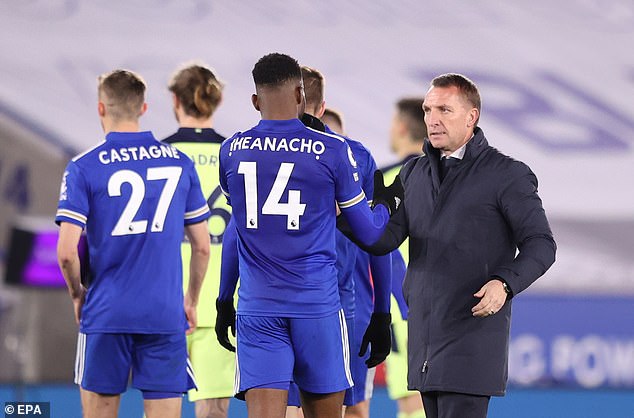 The season started so brightly for Everton and they really did appear on course for an unlikely top four finish at one stage. But it looks like their home form is set to haunt their dreams.

The Toffees turned on the style away from home again on Sunday afternoon, overcoming Champions League hopefuls West Ham 1-0 at the London Stadium thanks to Dominic Calvert-Lewin’s early strike. That win followed their victory at Arsenal last time out.

Carlo Ancelotti’s men could still finish in the Europa League places but when the season comes to a close, the Italian will be ruing his side’s poor home form.

Away from home, Everton have amassed 26 points out of a possible 33 but at Goodison Park, they have won just one out of 10 matches since the turn of the year.

Everton have accrued just six points since the New Year, losing to the likes of Newcastle, Fulham and Burnley at home. 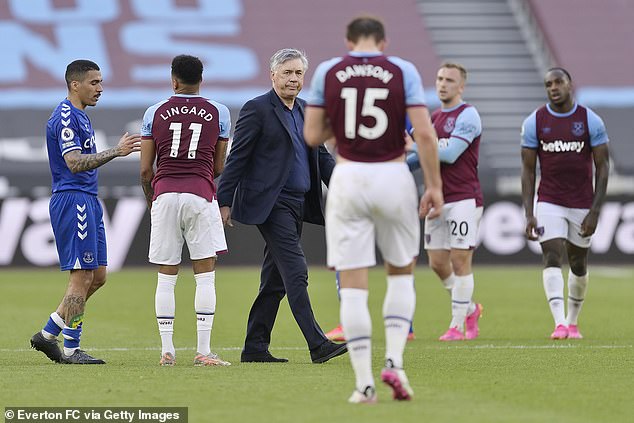 PALACE MUST DO EVERYTHING TO KEEP HOLD OF EZE AND ZAHA

There is a very uncertain summer ahead at Crystal Palace with plenty of players out of contract – including the likes of Gary Cahill, Christian Benteke, Andros Townsend and Jeffrey Schlupp, as well as manager Roy Hodgson!

So there could be a huge overhaul at Selhurst Park this summer, both on the playing and managerial front.

And with huge doubts regarding several key men at Palace, one thing the club must address is making sure they keep hold of their star players – including Eberechi Eze and Wilfried Zaha.

Zaha has been Palace’s star man for many seasons now but this term, Eze has made a huge impact following last summer’s transfer from Queens Park Rangers.

Eze caught the eye again on Saturday as Palace beat Sheffield United 2-0, capping a fine performance with a goal following a superb solo run, similar to that which had seen him set up Benteke for Palace’s opener. 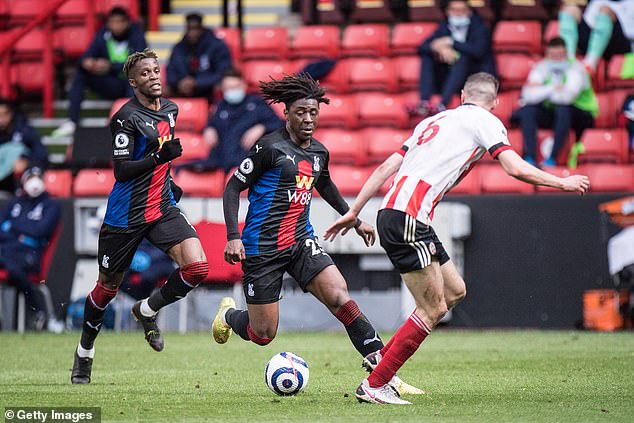 After a season of worry, Newcastle are finally safe and sound in the Premier League after an upturn in form in recent weeks.

And they have one man to thank in particular – that being Arsenal loanee Joe Willock, who Steve Bruce is desperate to keep at St James’ Park this summer.

Willock, whose loan deal from Arsenal expires at the end of the season, scored once again for the Magpies as they overcame Leicester 4-2 at the King Power Stadium.

Willock has given Newcastle another dimension going forward, thanks to his lung-bursting runs into the penalty area from midfield and he has scored some pivotal goals in recent matches in their bid to remain in the Premier League.

The young English midfielder, who has five goals for Newcastle, has scored late equalisers against both Liverpool and Tottenham while netting the winner at home to West Ham.

He has popped up with huge goals at pivotal moments for Newcastle, and it’s no wonder Bruce is determined to sign him permanently this summer. 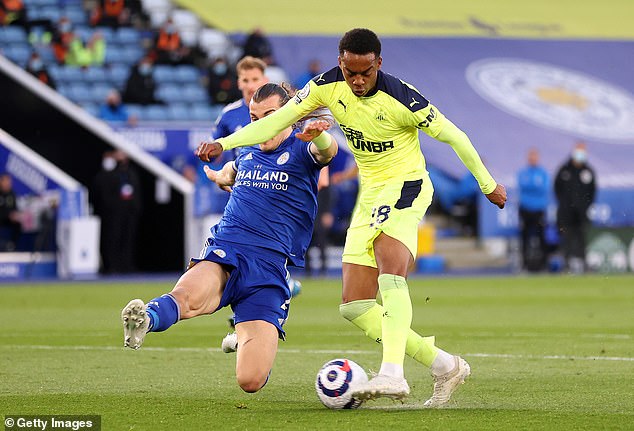