A first half goal by Borussia Dortmund captain Marco Reus was enough to carry last season’s runners-up past Bayer Leverkusen in their Bundesliga opener on Saturday but their winning start was overshadowed by an injury to new signing Karim Adeyemi.

It was also a victorious return for Dortmund coach Edin Terzic, back on the bench after 15 months following his first stint as an interim coach in 2021.

But Adeyemi’s injury that eventually forced him off in the 23rd minute was the third to a new signing, as Dortmund are already without defender Niklas Suele, nursing a thigh injury, and forward Sebastien Haller, out for months following the discovery of a malignant testicular tumour. 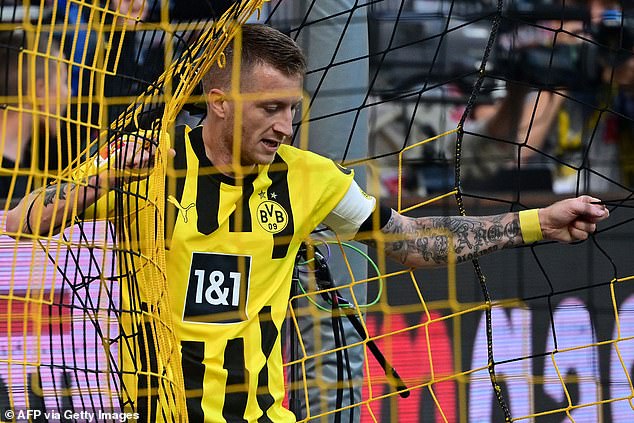 Adeyemi thought he had scored when he turned a Youssoufa Moukoko cutback toward goal in the 10th minute but the ball was kept on the line by Leverkusen goalkeeper Lukas Hradecky before Reus stabbed it over for the lead.

Minutes later, Germany forward Adeyemi was taken off following a knock on his foot earlier in the game.

Leverkusen, third last season, had their share of chances and were it not for Mo Dahoud’s perfectly timed sliding tackle in the 42nd minute, Patrik Schick would have had the chance to level. 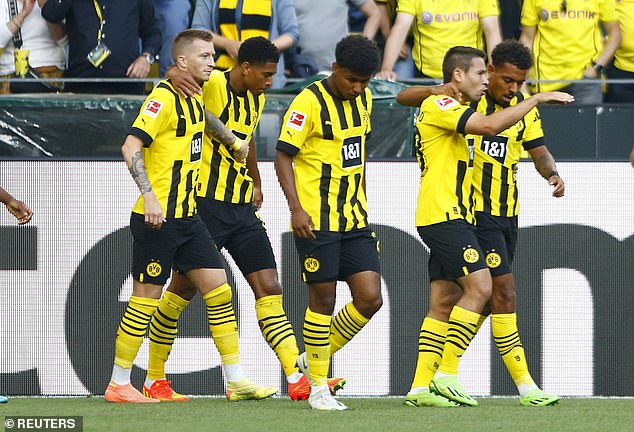 Dortmund came close after the break with Hradecky denying Thorgan Hazard in the 50th before Schick responded with a pair of chances of his own and two good saves from Dortmund’s Gregor Kobel.

It was a much improved performance by Leverkusen following last week’s shock German Cup first round exit to third division’s Elversberg but it was spoilt when Hradecky was sent off for holding the ball with his hands outside the box late in the game.

Champions Bayern Munich kicked off the season on Friday with a sensational 6-1 demolition of Eintracht Frankfurt.