Arsenal striker Pierre-Emerick Aubameyang must accept his mistake and “move on”, according to Ally McCoist. Mikel Arteta surprised fans at the weekend when Aubameyang was dropped to the bench for the north London derby against Tottenham.

Arteta soon explained that the decision to leave Aubameyang out was due to disciplinary reasons, with reports suggesting that he had arrived late to the game.

The move appeared to have backfired early on as well with Arsenal failing to capitalise on a number of guilt-edge changes before Tottenham took the lead.

But goals from Martin Odegaard and Alexandre Lacazette either side of half-time secured all three points for the Gunners with Aubameyang remaining on the bench.

The decision to drop Aubameyang though was met with bemusement by some, with Gary Lineker calling it “dangerous”. 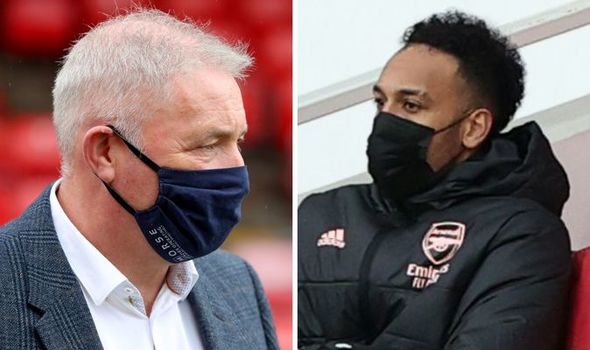 “You fine players for being late, not drop them,” the former England striker tweeted.

“If that is the case, it’s a dangerous game to play.”

It remains to be seen how Aubameyang will react to Arteta’s dressing down of the striker this week.

But McCoist has advised the Gabon international to simply get his head down and put the situation behind him.

“He’s made a mistake, he’s left him out of the starting XI on the bench,” McCoist said on talkSPORT.

“The team come out and played well and deservedly won the game 2-1.

“Move on and take your medicine. Don’t start throwing toys out of prams.

“Just take it on the chin because you’re completely wrong. Move on.” 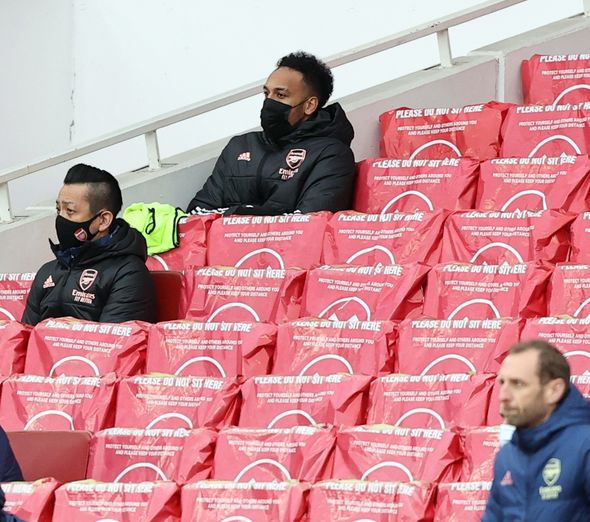 “If they got beat then it would be more of a storm. ‘Why did you leave Aubameyang out? You can’t do that. He’s a big player for you’.

“But they didn’t, they won, so move on to the next game because the more they keep going on about it, the more it’s going to keep coming up.

“He’s club captain, he should know better. He should just move on from the situation.

“If anyone brings it up to him, he should just say, ‘listen, that’s gone now. Move on to the next game’.”