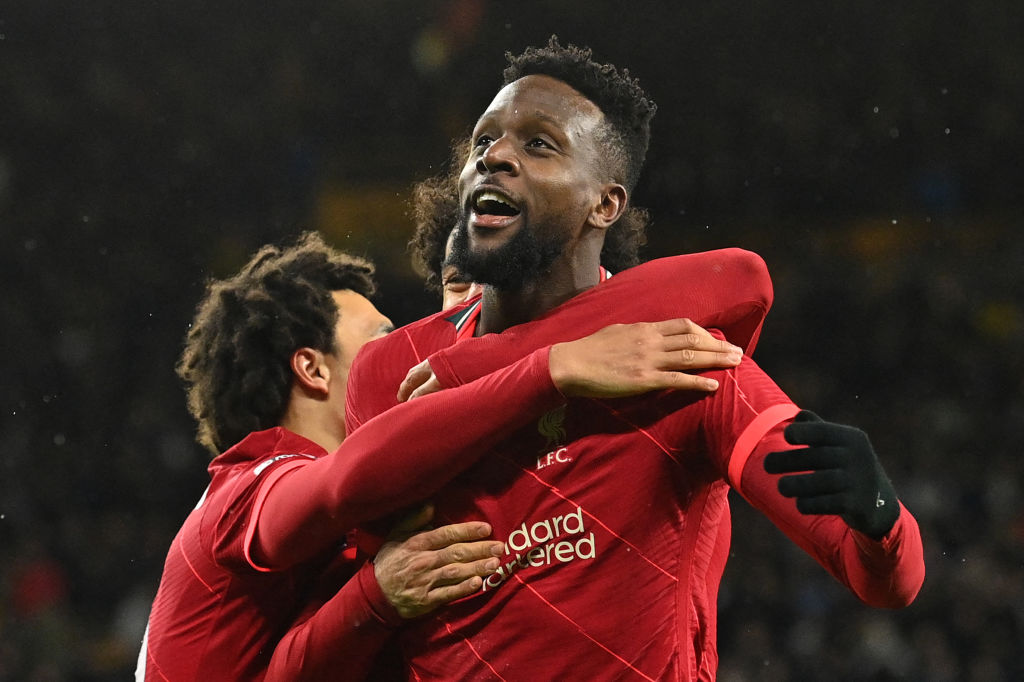 Divock Origi came up trumps again for Liverpool and Jurgen Klopp with a dramatic late winning goal against Wolves.

The Reds appeared unlikely to fully capitalise on Chelsea’s surprise defeat at West Ham earlier in the day as they endured a largely frustrating afternoon at Molineux.

After Diogo Jota’s astonishing miss against his former club, Liverpool looked as though they would have to settle for a point but moved, temporarily, to the top of the table after Origi added to his list of iconic goals.

The Belgium international has again been forced to settle for a bit-part role this season but underlined his value to Klopp by finding space on the edge of the six-yard box, controlling Mohamed Salah’s pass and firing beyond Jose Sa in the fourth minute of injury-time.

Origi has earned his cult hero status among Liverpool fans as a consequence of his memorable winning Merseyside derby goal nearly three years ago, as well as his heroics during the run to Champions League glory in 2019.

The 26-year-old, who came close to leaving Anfield in the summer, was brought on midway through the second half against Wolves and revealed his manager had a very simple message for him.

”Go out and be Divock’,’ said the striker when asked what Klopp told him as he sent him into the fray.

‘We fought a lot and it was a difficult game against a strong team offensively and defensively,’ he added. It was about getting the win and it shows our mentality.

‘We have the three poin’ts which is important to keep the momentum going. Sometimes in games like this you try and try and it does not immediately go in but we have worked on being calm and we have quality offensively.

‘He [manager Jurgen Klopp] told us we played a good game and was happy, like the whole dressing room. We came here to win and eventually it happened, that’s why we do the hard work in the week for this.’