Eric Dier has condemned the behaviour of a Spurs fan who kicked Aaron Ramsdale after the north London derby.

Arsenal triumphed in the clash between the bitter rivals, with Mikel Arteta’s side securing three points courtesy of a goal from Martin Odegaard and a Hugo Lloris blunder that led to fans online calling for the World Cup winner to be dropped.

Following the final whistle Ramsdale became embroiled in a dispute with returning Spurs star Richarlison, with the pair having to be separated by officials after a tense exchange of words. 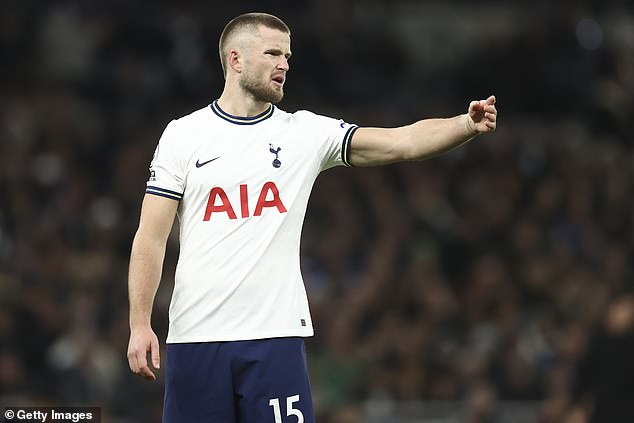 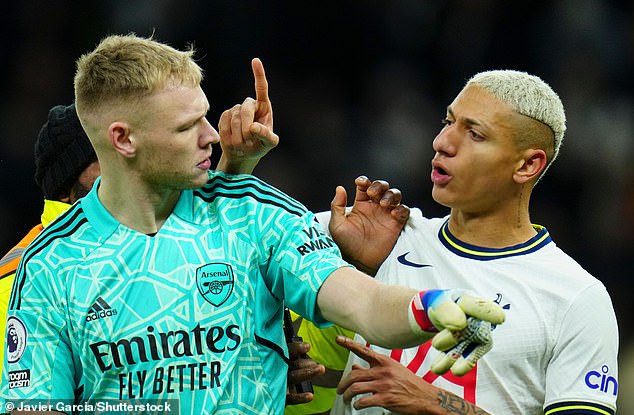 The 24-year-old goalkeeper then went to collect his water bottle from behind the goal at the Tottenham Hotspur Stadium when a fan climbed onto the hoarding and kicked him in his back.

Speaking following the game, Dier branded the incident ‘unacceptable’ but insisted that he had not seen the event take place.

‘I didn’t see it but obviously it is unacceptable and it shouldn’t have happened. There’s nothing more I can say.’

Speaking about the event after the game Ramsdale said: ‘Spurs fans were giving me some crack second half, and I gave them some back. 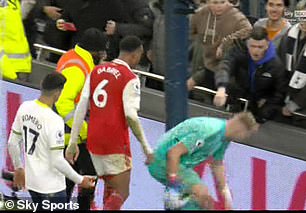 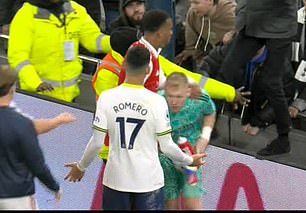 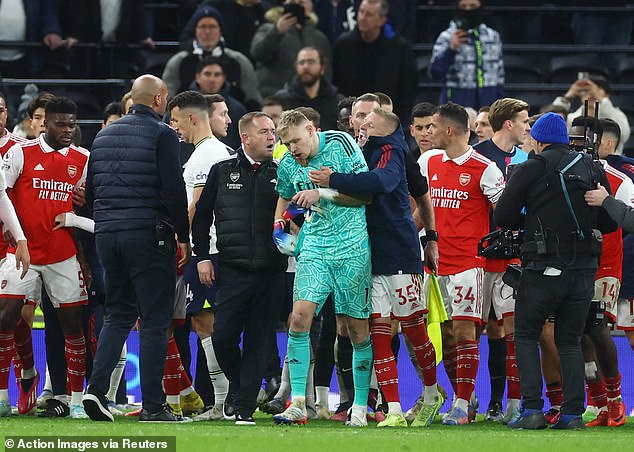 ‘The few people I did give it to it was probably well greeted, in a sportsmanship way. But then a fan jumped over and gave me a little punch in the back.’

The goalkeeper added: ‘That’s what happened, and it’s a shame because it is just a game of football at the end of the day.’

The former Sheffield United star produced a faultless performance in the clash, denying a goal bound effort from Son Heung-Min in the first half and repeatedly stopping Spurs from forcing their way back into the game with several saves after the interval.