In the absence of injured strikers Harry Kane and Son Heung-min, Alli took over spot-kick duties and registered his 50th Premier League goal five minutes after half-time with a cool finish from 12 yards.

At that point, it was a scarcely-deserved leveller for Spurs, who had been outplayed in the first half and had fallen behind in the 13th minute when Chris Wood marked his return from injury by prodding past Hugo Lloris.

The Tottenham goalkeeper was perhaps culpable for the opener but then produced a sensational point-blank save late on to deny Burnley substitute Matej Vydra, who had earlier been thwarted by Eric Dier’s superb late tackle.

Dier, as anticipated, started despite the furore which saw him climb into the stands to confront a fan in the aftermath of Spurs going out of the FA Cup to Norwich on Wednesday night, and, as it proved, had a critical impact. 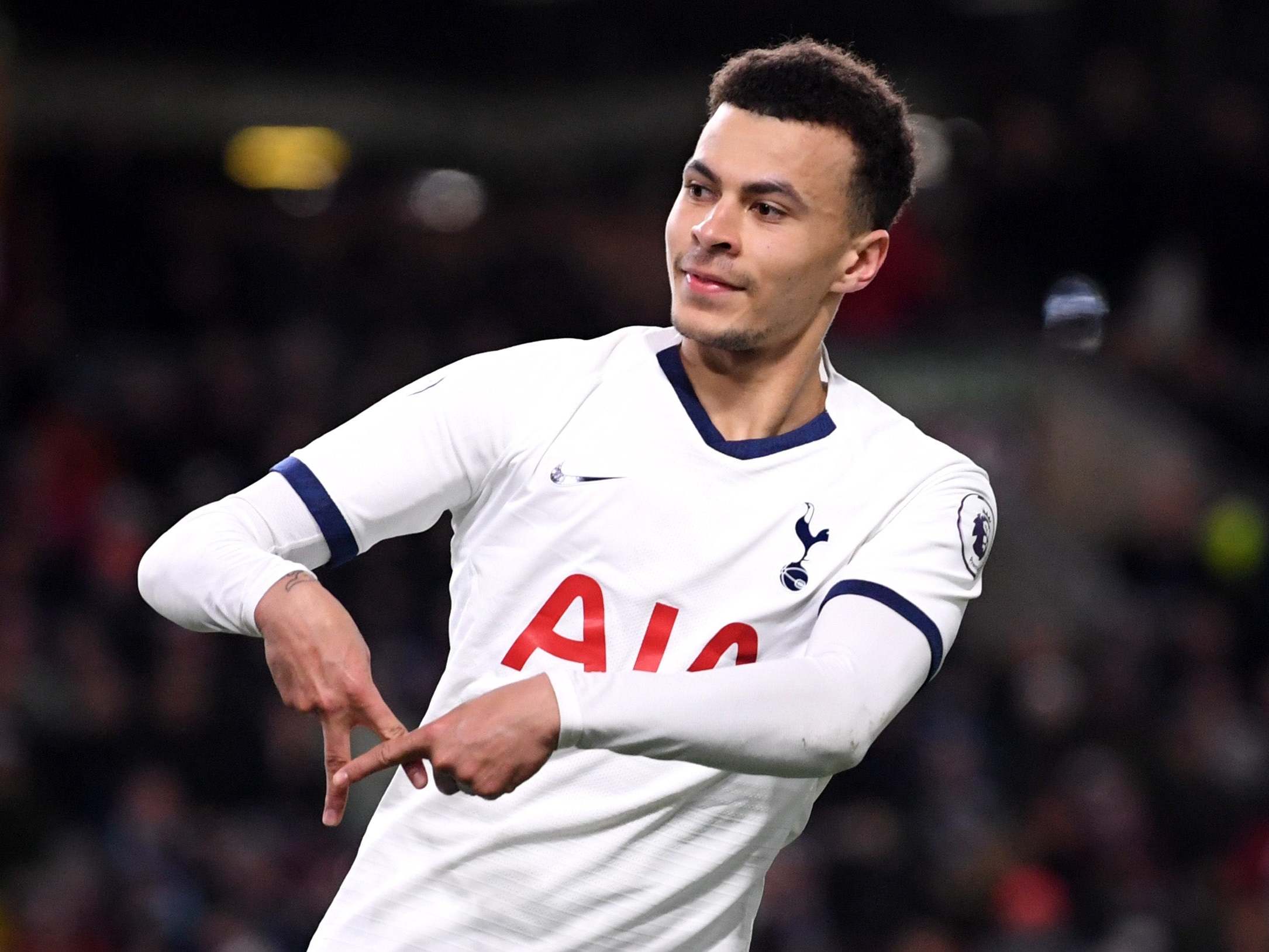 Manager Jose Mourinho shuffled his pack and made five changes from midweek as he looked to avoid another defeat that would have deepened the gloom around the north Londoners.

The half-time introduction of Giovani Lo Celso proved a turning point for Spurs after they had been second best in the first 45 minutes, but the failure to win in the north-west means they could fall seven points behind the top four if Chelsea beat Everton on Sunday.

After their frontline woes were laid bare when Steven Bergwijn fluffed his shot before Alli’s clever backheel rolled just behind Erik Lamela, starting for the first time since January 22, Burnley started to dominate.

Wood fizzed over from the edge of the area after Spurs half cleared their lines from a Dwight McNeil cross. Oliver Skipp then had to clear off the line when James Tarkowski headed back across goal from an Ashley Westwood corner.

But Tottenham’s inability to sufficiently deal with another McNeil delivery into the area came back to haunt them. Jay Rodriguez’s stinging 20-yard volley was parried straight into the path of Wood, who poked home the rebound. 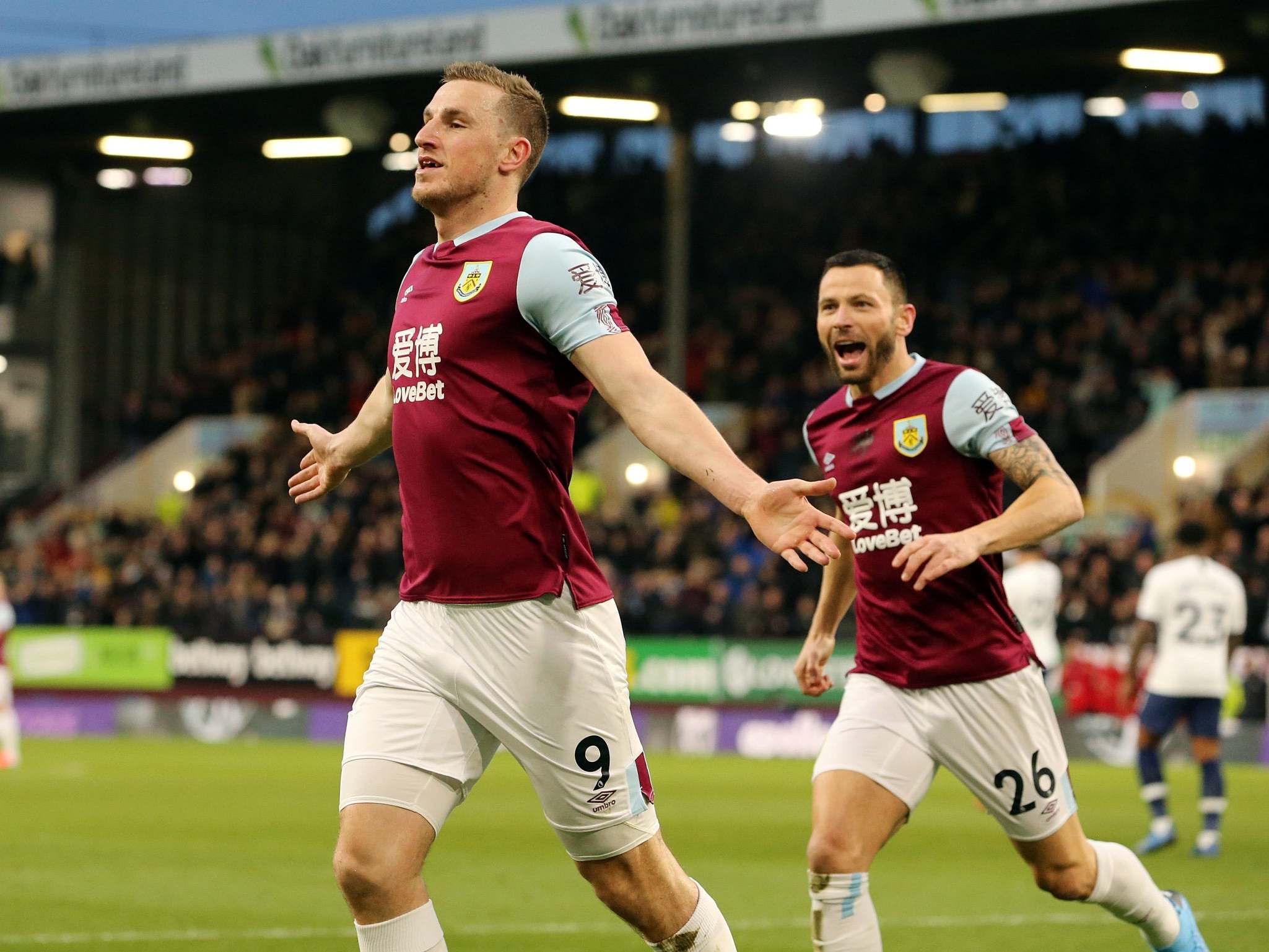 If there was any blame attached to Lloris for the opener then he made slight amends by springing to his left to keep out McNeil’s 25-yard free-kick as the one-way traffic continued.

Tottenham had their first shot on target on the half-hour when Lamela fired straight at Nick Pope but Burnley ended the half on top, and Wood should have done better from close range but he got in a tangle before directing wide.

The visitors had lacked cohesion and ideas going forward, prompting Mourinho to introduce Lo Celso and Lucas Moura at the start of the second half, with the former making an immediate impact.

Lo Celso pick-pocketed the idling Rodriguez before teeing up Lamela, who expertly skipped past Ben Mee before falling over the Burnley captain’s trailing leg in the area. Alli then sent Pope the wrong way from the resulting penalty.

Burnley felt they should have had a spot-kick of their own when Davinson Sanchez seemed to bundle over Wood from behind but referee Jon Moss was uninterested and the video assistant referee did not interfere.

Lo Celso was pulling the strings going forward for Tottenham, who were almost caught on the counter but Dier’s last-ditch sliding challenge denied substitute Vydra just as he was about to pull the trigger.