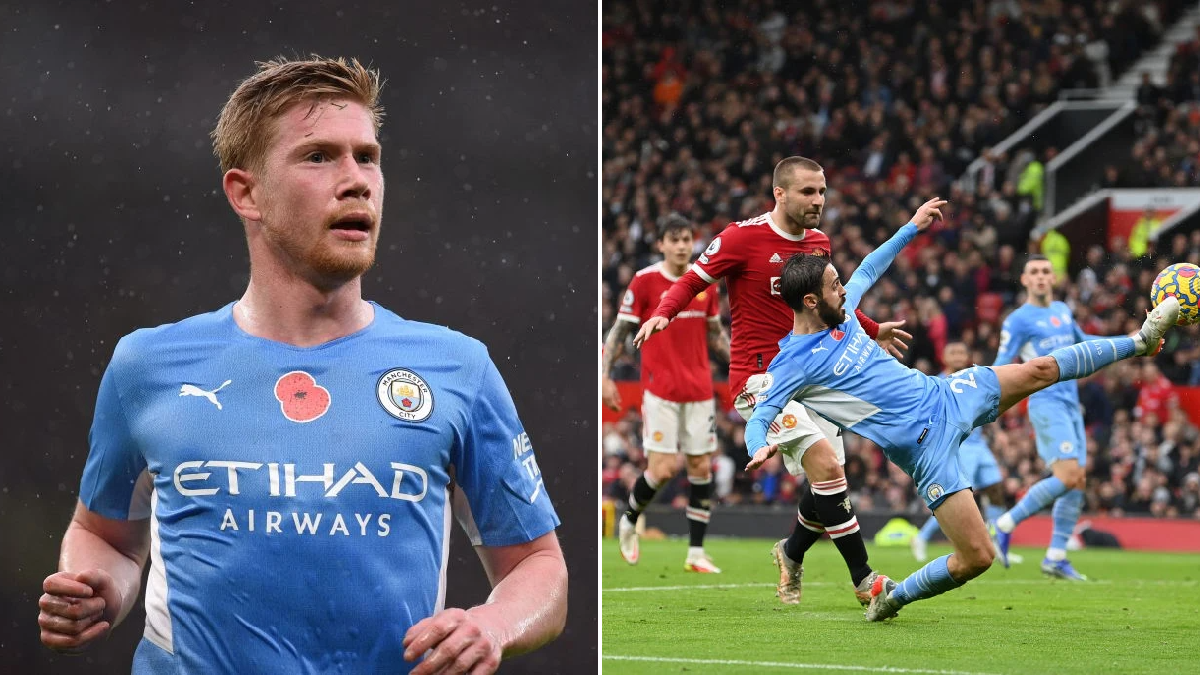 The reigning Premier League champions gave a totally dominant performance that was every bit as wounding as Liverpool’s five-goal drubbing a couple of weeks earlier.

City took an early lead after an Eric Bailly own goal in the seventh minute and doubled the scoreline on the stroke of half-time after Bernardo Silva snuck in at the back post.

United only managed one tame attempt on target in the game, while City had 67% possession and 16 shots in one of the most one-sided derbies in recent years.

Gary Neville dubbed it a ‘calm annihilation’ and, to make matters worse, De Bruyne has revealed that City barely prepared for the fixture at all with Pep Guardiola prematurely ending their final pre-match training session after just 10 minutes.

Usually the Spanish coach is obsessed with every little detail and uses the final session before games to work on how to approach the match from a tactical point of view, though did not feel that was necessary against United.

‘The day before a game we usually train tactically, based on how the opponent plays,’ De Bruyne told the MidMid podcast.

‘But before United, Pep said: “We don’t know how they are going to play. We shall see”. And we stopped training after 10 minutes or so.’

‘We have done what we always do, but he didn’t know beforehand if they would play with five at the back, or with four, or with a diamond in the middle, or with three upfront.’

United were without the injured Raphael Varane against City but Ole Gunnar Solskjaer still opted to field a back three with a very defensive holding midfield duo of Fred and Scott McTominay, though they were still powerless to stop City and were second best throughout the contest.