David Moyes insists West Ham will NOT fear teams like Barcelona, Porto and Sevilla in the Europa League knockout rounds – and claims other teams will be worried about THEM

David Moyes says West Ham will not fear the likes of Barcelona in the Europa League – because they have already beaten the reigning European champions this season.

The Hammers signed off from the group stages of the competition when a youthful side fell to a narrow 1-0 defeat by Dinamo Zagreb.

With West Ham already through to the last 16 as Group H winners and injuries starting to bite, Moyes threw in five of the club’s academy players from the start and handed debuts to two more from the bench. 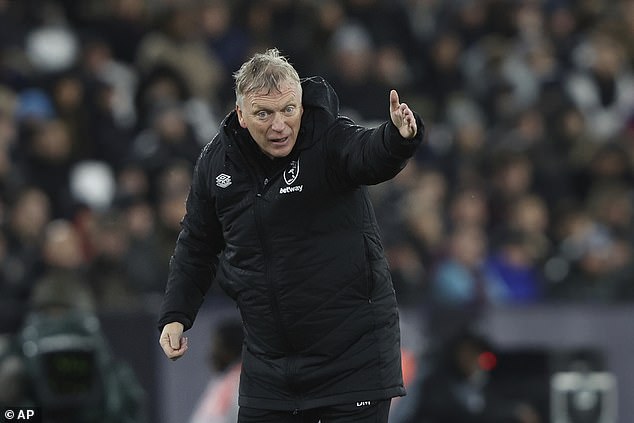 But the Scot hopes his side – who beat Champions League winners Chelsea on Saturday, a couple of weeks after sinking 2019 champs Liverpool – will be back to full strength when the competition resumes in March.

European giants like Barca, Porto and Sevilla will be among their potential opponents, but Moyes insisted other teams would be worried about them.

He said: ‘We’ve got a lot of big teams to play but I think we’re a big team at the moment. A lot of teams will be worried about playing us. We hope we’re in good shape and good form when those games come around.

‘Look, the names in the competition make it really difficult. The teams who drop down (from the Champions League) tend to be the teams who get to the final. 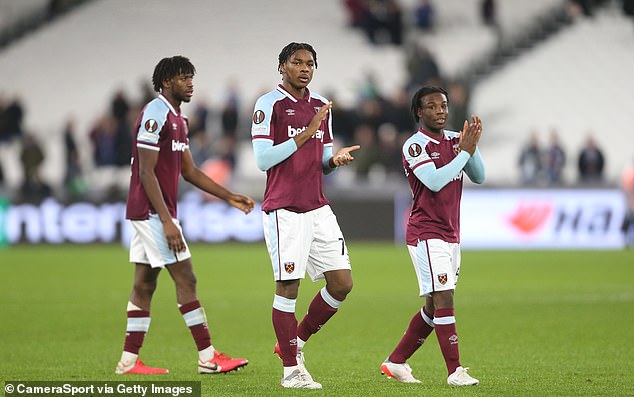 Moyes blooded several youngsters in the final group match against Dinamo Zagreb, which the Hammers lost 1-0 on Thursday, having already qualified for the last 16 as Group H winners

West Ham fell to a third-minute strike from Croatia dangerman Mislav Orsic, but it was still a memorable night for the club’s academy.

There entire back four was made up of youngsters with Jamal Baptiste, 18, alongside 20-year-olds Aji Alese, Manny Longelo and Harrison Ashby.

In attack 17-year-old Sonny Perkins – who was 196 days old when Mark Noble made his Hammers debut – lined up in the same team as the long-serving club captain. 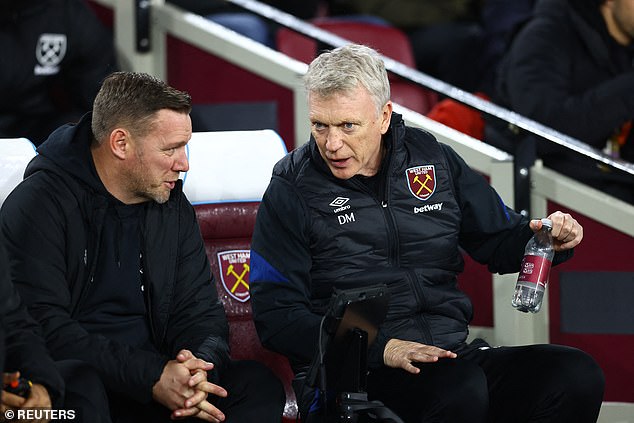 And Moyes spoke confidently despite potentially facing Barcelona, Porto or Sevilla up next

Another two debutants, Freddie Potts – the son of former Hammers skipper Steve – and Keenan Forson were introduced late in the second half.

‘I thought the young players really did well and recovered after a really early goal,’ added Moyes.

‘I think it was a tough game for them. Ideally we wouldn’t have played five of them at once but we were slightly forced into it. But they all acquitted themselves well.

‘At times you could see the youthfulness, they didn’t always make the right choices, but I think you could see some of them could go on to be first-team players.’