The Brazilian left-back scored his side’s second in a 2-2 tie with Atromitos to put his side 2-1 up, before racing into the corner and replicating his superstar former team-mate’s famous move.

Marcelo left the Santiago Bernabeu after 15 years at the club, where his son recently signed a first contract, with the most decorated player in Los Blancos’ long history now plying his trade in Greece – although his stay got off to a difficult start with the club keen to terminate his deal early. 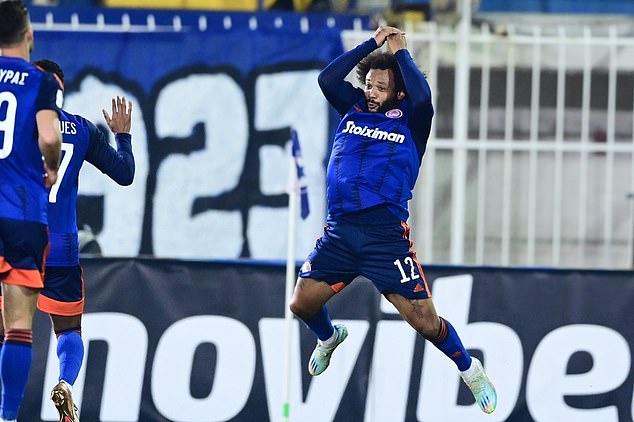 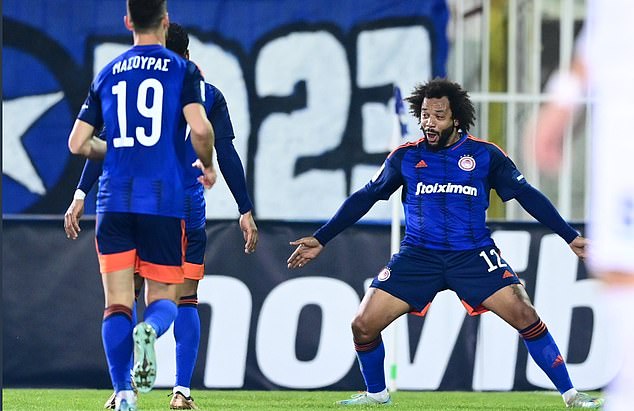 With the scores locked at 1-1 in Olympiacos’ second leg of their round of 16 encounter with fellow Greek Super League side Atromitos, Marcelo converted a cross at the back post to take the lead.

With the visitors pushing for a goal to put them ahead at the break, Olympiacos captain Andreas Bouchalakis sent the ball towards the back post from the edge of the box.

The 34-year-old then showed a turn of pace to reach the back post relatively unmarked, where he acrobatically converted on the volley from a tight angle to give his side the lead. 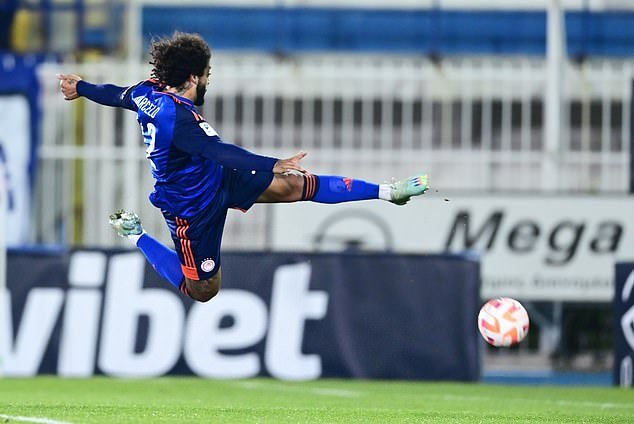 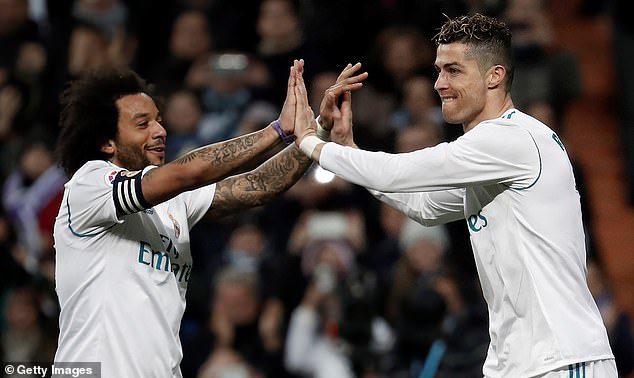 The Brazilian then rushed off towards the left corner flag before performing Ronaldo’s Sui celebration and being mobbed by his jubilant team-mates. 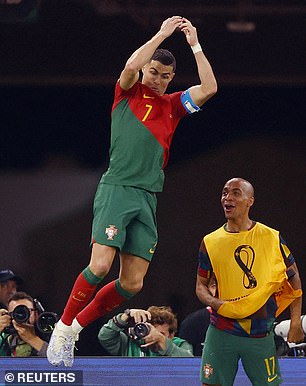 Although the match ended in a draw, 28-time winners Olympiacos made it through to the last eight by virtue of an aggregate score of 6-3.

Since arriving at the Greek titans, Marcelo has played 10 games across all competitions from left-back.

And amazingly, he averages a goal every 53 minutes in the Greek Cup, having scored a brace in the first leg against the Athenian side Atromitos.

Olympiacos are currently fourth in the Greek Super League table, seven points behind leaders Panathinaikos, while Atromitos sit in the middle of the table in 7th.