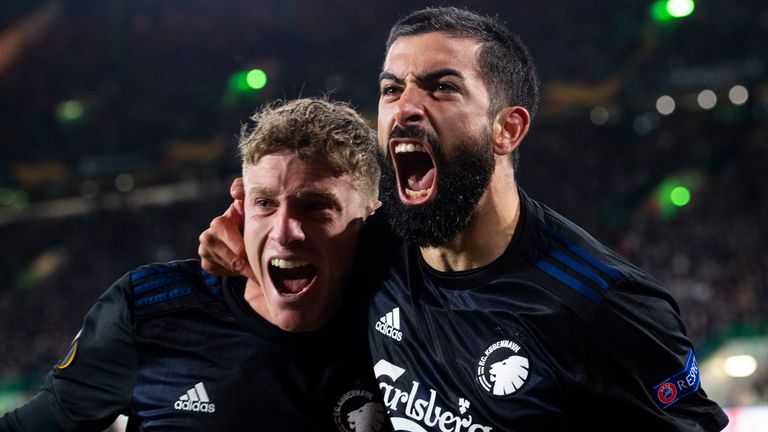 Copenhagen forward Michael Santos has been charged with assault for an incident involving a police officer during Thursday’s 3-1 Europa League win over Celtic.

As Copenhagen’s players celebrated Pep Biel’s late goal – which put them ahead on aggregate – in front of the away fans at Celtic Park, Santos allegedly barged into a police officer who was attempting to prevent Biel from getting any closer to the stands.

Tempers flared as stewards and other police officers stepped in to prevent any escalation in tensions and Copenhagen said one of their stewards was charged as well.

“After FC Copenhagen’s second goal in Celtic Park on Thursday night there was confusion in front of the FCK away section after an official grabbed goalscorer Pep Biel during the celebration,” a Copenhagen statement read.

“One of our stewards tried to prevent a clash and was led away and talked to by Scottish Police.

“Michael Santos also talked with the police, who subsequently have charged them both.

“They travelled home with the team, and we are now waiting to see if the Scottish Police will pursue the case, and of course, we will cooperate if they want more information from the club.

“Those involved are not going to comment on the episode.”