Steve Cooper has been handed a new contract by Nottingham Forest just days after fearing he would be sacked.

The Welshman has agreed a deal until 2025 after Forest owner Evangelos Marinakis decided to back his manager following talks earlier this week.

After the 4-0 defeat at Leicester last Monday that left Forest bottom of the table, Forest were believed to be sounding out possible replacements for Cooper, including former Liverpool boss Rafael Benitez. 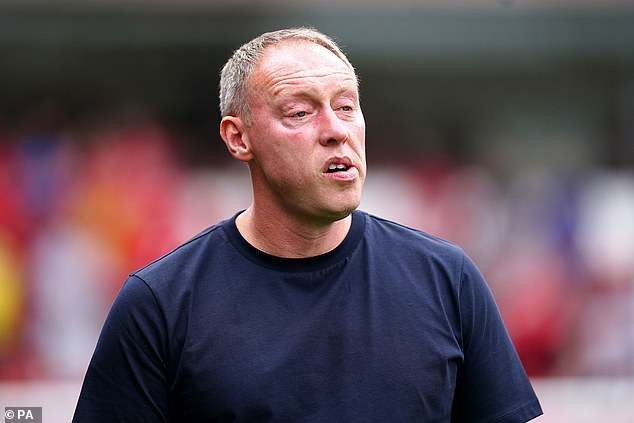 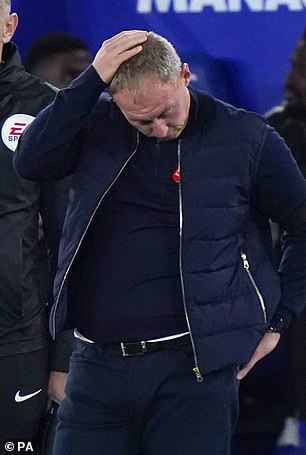 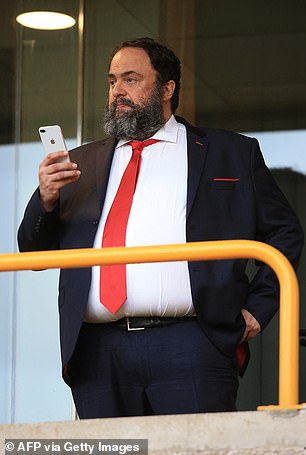 The Forest boss looked on shaky ground after the 4-0 loss at Leicester, but owner Evangelos Marinakis has handed him a new three-year deal

Yet after originally withdrawing the terms that had been presented to Cooper last summer, Marinakis has performed an about turn and decided to show faith in the 42-year-old.

Cooper was thought to be high on Southampton’s list were they to sack Ralph Hasenhuttl.

The new deal for Cooper will be welcomed by supporters, who chanted his name even as the team were sliding to a fifth consecutive defeat that left them bottom of the table. 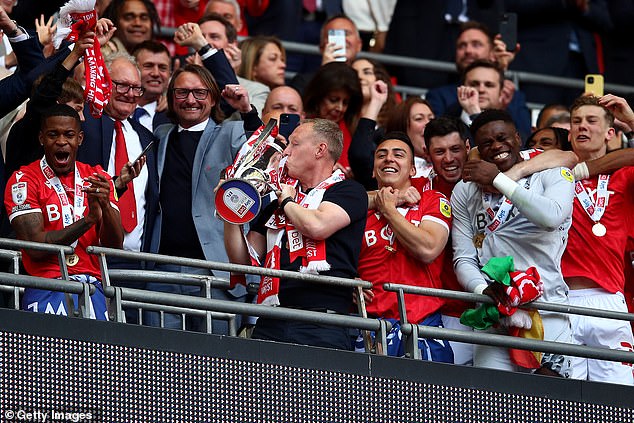 Earlier this week, his role was thought to be under threat along with those of other senior figures at the City Ground, including chief executive Dane Murphy and head of recruitment George Syrianos. 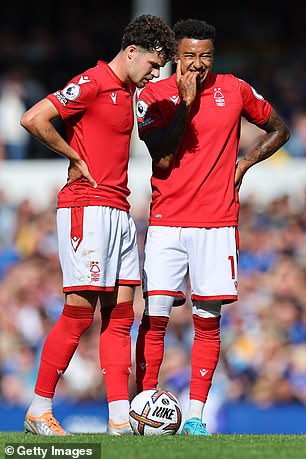 Marinakis had appointed former Watford scout Filippo Giraldi as a sporting director, who was charged with auditing the club staff in a huge management shake up.

But having assessed the managerial market, Marinakis has decided to continue with Cooper, who led Forest to promotion last season despite taking over in September when the club were bottom of the Championship.

He has had to handle the arrival of 23 players since promotion and admitted after the Leicester defeat that he was still trying to mould them into a cohesive unit.

Cooper said: ‘I refuse to be really critical of the players as a group. Don’t want to sound soft and fluffy. That is the last thing I am. It is tough for them.

‘It is a unique situation. Relationships and connections are built over time. We are trying to do that on the job in the hardest league in the world. 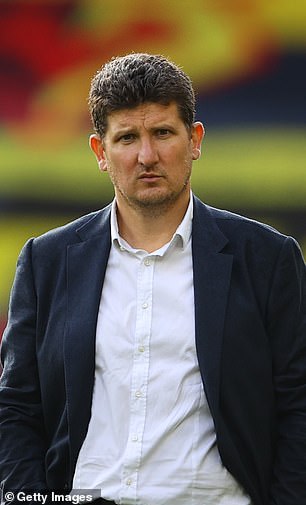 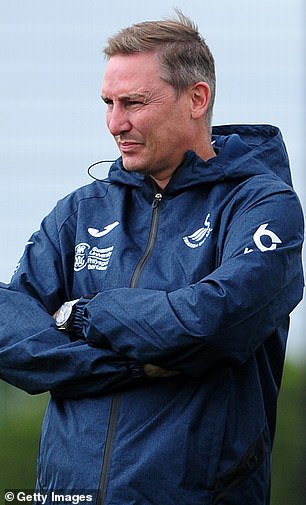 Cooper was initially offered a new contract over the summer following his heroics in the Championship play-off promotion, but his hesitancy to pen a new contract left figures in the club raising questions over his future commitment to the City Ground.

Following the arrival of Giraldi it remains unclear over how the recruitment team will look heading into January, Head of scouting Andy Scott, chief executive Dane Murphy and head of data and analytic recruitment George Syrianos are also said to be under pressure.

Former Newcastle United chief executive Lee Charnley has been helping out at Forest on a consultancy basis and he could yet come into the reckoning as a replacement for Murphy should decisive action be taken.