Anyone who remembers Arsene Wenger winning his first trophies at Arsenal will recognise the name of the striker leading Banbury United’s FA Cup quest.

Chris Wreh is in inspired form, with eight goals and nine assists for the team from the Southern League Premier Division Central who are unbeaten in 19 games this season and host League Two Barrow on Saturday.

Wreh’s father Christopher won the Premier League and FA Cup Double with Arsenal in 1998, scoring the only goal in a semi-final against Wolves at Villa Park, a fabulous, crisp finish from a pass by Patrick Vieira. 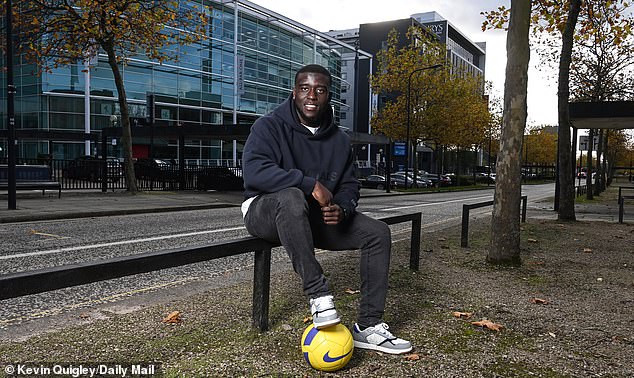 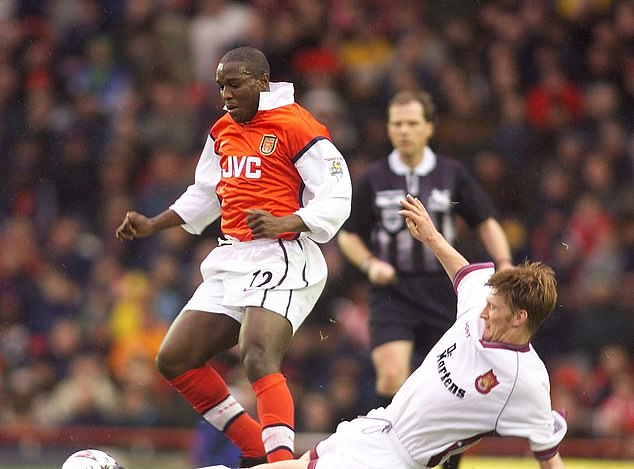 Wreh’s father, also named Chris, was a crucial part of Arsenal’s double winning side in 1997/98

The Liberia international signed from Monaco then started in the final against Newcastle and scored at Wembley in the FA Community Shield three months later, celebrating his goals with cartwheels and back flips.

‘I was nearly two at the time,’ says Banbury’s Chris. ‘I don’t remember much but I’ve seen pictures of me with the players. My Mum has one of David Seaman holding me up on the bus parade and one of me with the Community Shield.

‘I saw some of games later in Dad’s career, I’ve seen the goals and people tell me about him, family members, uncles, and every now and then I bump into Arsenal fans who make the connection and know about him.

‘It was a big deal for him to come from such a small place and play football for a club like Arsenal. He came at a time when there were a lot of big names but he tells me he didn’t care about the big names because he came to create some history.’

Wreh senior is now assistant manager to Liberia’s national team and preparing for World Cup qualifiers against Nigeria and the Central African Republic. 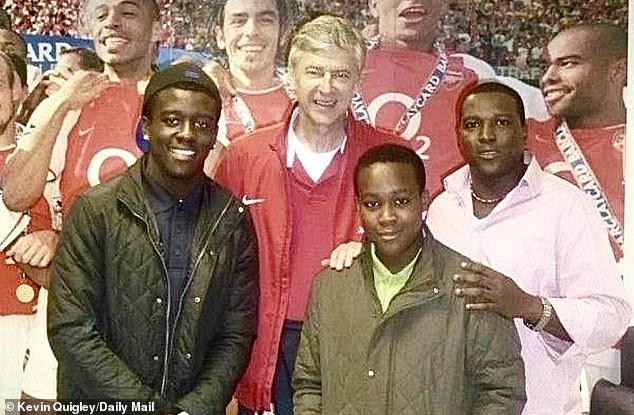 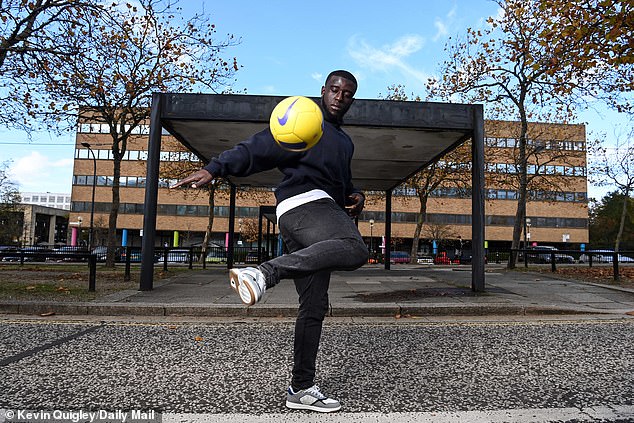 He won’t be at the Banbury Plant Hire Community Stadium to see if the Puritans produce an upset, extend their unbeaten run and reach the second round of the FA Cup for the first time in their 90-year history but is in close contact with Chris and will follow updates on the club’s Facebook site as he usually does if he can’t pick up the live broadcast on ITV4.

‘Chris has surprised me,’ the 46-year-old told Sportsmail. ‘Growing up, he didn’t really want to play the game but now I’m happy to see him playing and doing so well.

‘You score a goal in the UK and it is never forgotten. When I travel in Africa, people talk to me about playing for Arsenal and scoring at Wembley. It was a great team with great players and they have become historical moments.

‘Now I’m praying for Chris to be successful and enjoy his football.’ How about a tie against Arsenal in the third round? ‘That’s what I’m praying for,’ he added.

Chris studied in the academies at Northampton Town and Arsenal without securing a professional contract. 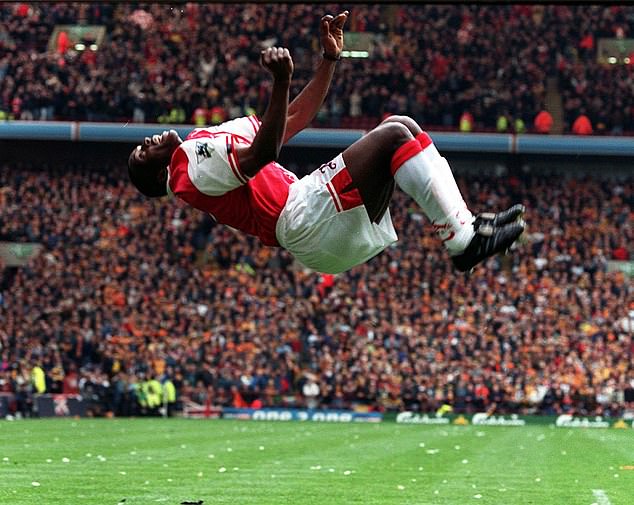 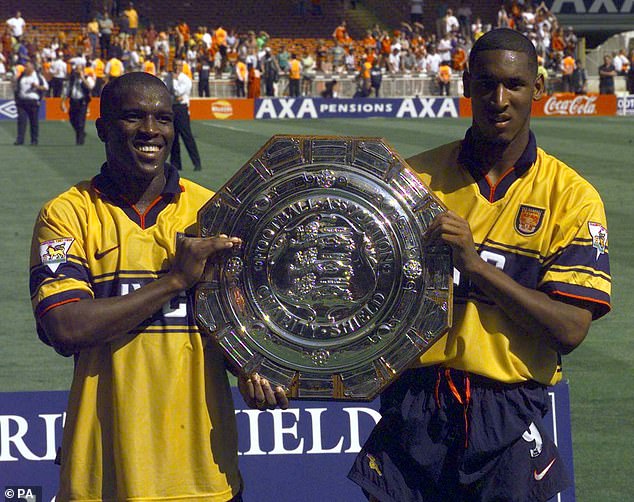 ‘I wasn’t taking it seriously when I was younger,’ says the 25-year-old. ‘I played with my friends basically, but I want to give it another go at playing professionally and here I am, now. I do a bit of coaching but this is my main job. I’m focused on my football and want to give it a big push this year.’

Two seasons disrupted by lockdowns have proved testing for semi-professional clubs but Banbury have made solid progress.

‘It feels like a club moving in the right direction and looking to take the next step,’ he added. ‘The whole structure from the manager to the kit man and the fans, there’s a strong bond.

‘We’re hungry and fearless. The FA Cup is a big deal for everyone at the club and the players get to showcase their ability. We’ll give it our best and hopefully continue our run.’