Chelsea star Willian has refused the latest contract offer from the Blues with the Brazilian winger seeking a long-term deal to keep him at Stamford Bridge. Willian is in the final few months of his contract and can leave on a free transfer in the summer.

Last month Willian spoke about his desire to stay in London and insisted London is his second home.

However, attempts to keep the 31-year-old at Stamford Bridge have hit a problem over the length of the contract on offer.

According to Brazilian outlet UOL Esporte, Willian has rejected Chelsea’s offer of a two year deal as the winger is seeking at least a three-year contract.

The report also claims that as a result of the breakdown in talks, Willian is now considering offers from other teams. 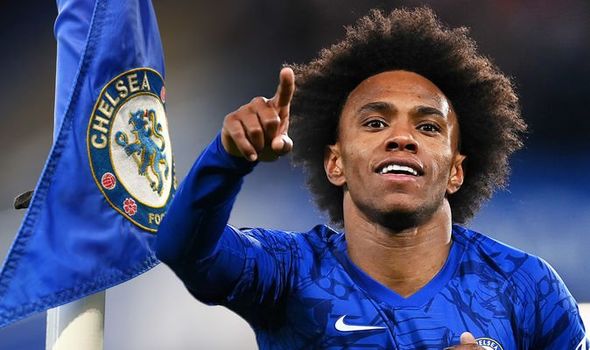 Willian has been an important player for boss Frank Lampard this season as the young manager looks to find a balance between youth and experience in his squad.

The winger has scored six goals and provided five assists in 36 appearances for Chelsea in all competitions this season.

Willian joined Chelsea back in 2013 when the Blues paid Russian side Anzhi Makhachkala £30million for the player.

However, Willian might not have to travel far if he decides to leave Stamford Bridge as the report claims he has several offers on the table from other Premier League clubs.

It appears unlikely that Chelsea are going to change their over-30s policy despite reaching an impasse in talks with Willian.

“Chelsea offered me two years and they are not going to change what they offered,” Wllian said.

“I said I wanted three more years. The situation is difficult because of this, I really don’t know if it will be possible.

“My goal is to continue working and focus on this remainder of the season so that Chelsea can continue winning games.”

Willian has scored 58 goals and provided 58 assists in 328 appearances for Chelsea, and helped them win two Premier League titles, an FA Cup and the Europa League. 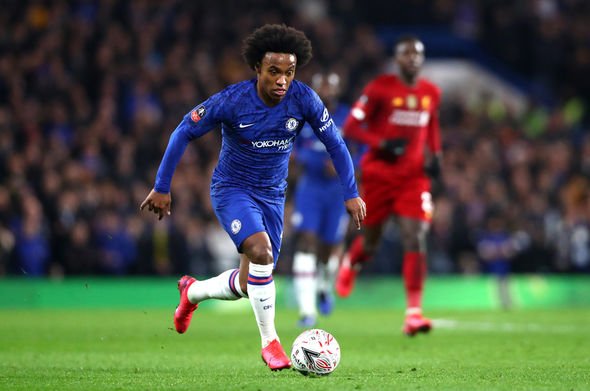 However, he picked up a knock in the Blues’ 2-0 FA Cup win over Liverpool on Tuesday night and along with Mateo Kovacic is due to be assessed in the coming days.

“Both have got an Achilles issue. Willian hopefully is not too bad, that is what he is reporting there so we will see how he is tomorrow,” Lampard said on Tuesday.

“They’re off tomorrow, but we’ll have to have a bit of a count on Thursday, with the game Sunday, and see where we are with midfield players.

“Sometimes you can moan about injuries, and I have done because we had some big ones early in the season and particularly in recent times, but the reality is that you have to get on and keep with it.

“And when the players show the fight they did tonight you hope that it gives them a bit of strength as a group for whoever comes in to keep moving forward.”