Olivier Giroud has said he wants to extend his contract at Chelsea, despite coming close to leaving the club in January. The Blues striker attracted interest from Tottenham, Newcastle Inter Milan and Lazio among others during the previous transfer window but eventually stayed put.

Inter and Lazio are both reportedly still monitoring the World Cup winner, who is out of contract at Stamford Bridge at the end of the season.

However, Giroud has now revealed that he would like to stay with Chelsea after regaining his place in the starting XI due to Tammy Abraham’s recent injury.

The Frenchman put in an excellent display to help the Blues see off Liverpool in the fifth round of the FA Cup on Tuesday, and afterwards suggested he could remain at Stamford Bridge for several seasons.

When asked if he would like to stay at Chelsea, Giroud said: “Yes. Yes. Yeah, yeah, yeah. Of course.

JUST IN: Six Chelsea loan players that could break into Frank Lampard’s first team next season 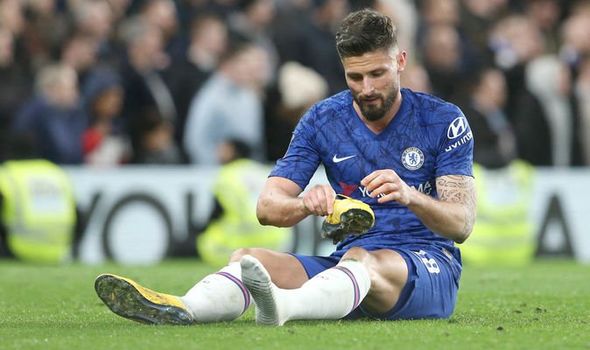 “There are a few months to go, games to win and maybe another trophy, and after, you know, I think I have two (or) three nice seasons in front of me.

“It’s not the time to talk about contracts and everything but I will take a decision when it comes.”

Giroud rejected a move to Newcastle in January while a deal with Inter Milan and a reunion with former boss Antonio Conte was all-but finalised before Chelsea pulled the plug.

The Blues were unwilling to let Giroud leave without signing a viable replacement, and their decision appears to have been vindicated in recent weeks.

While having scored just a single Premier League goal in eight appearances so far this season, Giroud has started the past four matches in all competitions and provides a much-needed focal point for the Blues’ attack.

The 33-year-old brings vital experience to a young Chelsea side currently going through a period of transition, and manager Frank Lampard rates the veteran more highly than fellow back-up striker Michy Batshuayi.

Giroud revealed how a heartfelt discussion with Lampard in January helped rejuvenate his Chelsea career, with the Blues manager having previously overlooked the striker while transfer talks were ongoing.

“It was a tough month for me,” Giroud said. 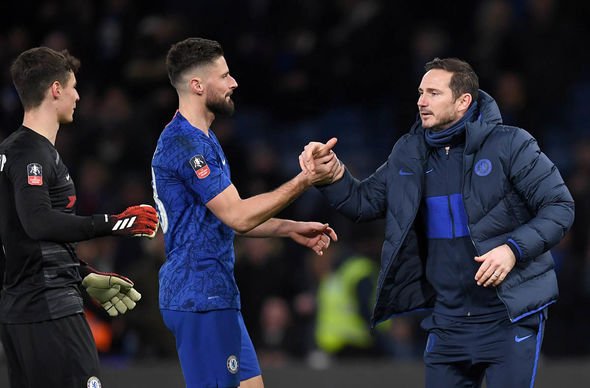 “I just spoke with the manager and I believed what he said, that I would get my chance and he has given me my chance. I have basically tried to give his confidence back on the pitch.

“I do my job the best that I can and I’m very happy to be back in the team.

“Of course, my confidence is better. The transfer window is behind me. I’m a Chelsea player, I’m happy here again and that’s the most important thing. Even if I don’t score, I try to help the team.”

Lampard has praised Giroud’s contribution in recent weeks, saying: “He has always been engaged even when he has not been playing.

“That is why he can put in those performances when he comes in. Personality on the pitch, personality in the dressing room, quality to finish, selfless in his ways. He’s our player now. In January it might have changed, it didn’t, and I’m happy with that and we move on.

“He is strong; he has been around, won the World Cup, very good with the younger players around him, wants to train at a high level every day, understands his game, his attributes and how important he can be.”

Giroud’s contract U-turn looks to have thrown Batshuayi’s Chelsea future into doubt, with the Belgian now most likely to depart in the summer if the Blues continue to pursue attacking reinforcements.

According to The Athletic, the Belgian striker might have already departed Stamford Bridge if Chelsea had not been demanding more than the £33.2million they paid Marseille in 2016.