Billy Gilmour announced himself as a star of the future with a brilliant performance in Chelsea’s 2-0 win over Liverpool at Stamford Bridge. The Scottish youngster put in a Man of the Match display to help book the Blues’ spot in the FA Cup quarter-finals.

Gilmour understandably grabbed all the headlines after the 18-year-old bossed midfield against the runaway Premier League leaders.

And the Blues ace has since revealed that he modelled his game on Chelsea hero Cesc Fabregas.

The Spanish midfielder commented on Gilmour’s talents after his first senior start for the club in the 7-1 League Cup victory over Grimsby Town earlier this season.

And speaking after the clash with Liverpool, Gilmour explained how his development was heavily influenced by the former Stamford Bridge star. 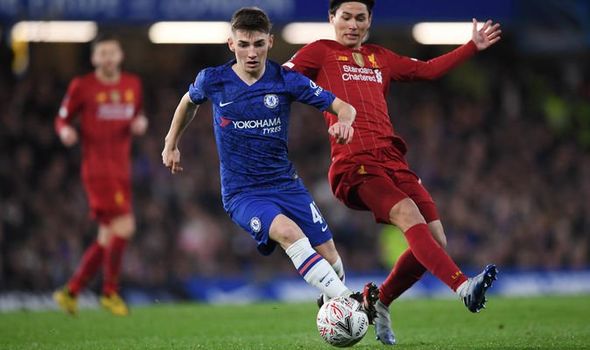 “Yes, I did see it [Fabregas’ praise after the Grimsby game],” he said.

“One of my friends text me, I was buzzing. When I first came to Chelsea it was with the IEP (video analysis youth programme), so you had to focus yourself on a player and mine was Cesc.

“I loved how he played so I just went and watched a lot of videos of him.

“Now I have got older, I just try to put it into the games and it’s working.

“But no, he is a role model of mine. I never ever trained with the first team with him, so when he was away I got opportunities around there.”

Following his full debut against Grimsby, Gilmour was given another chance to impress in the next round against Manchester United.

Manager Frank Lampard had also given him a taste of Premier League action with late cameos off the bench against Sheffield United and Crystal Palace, so now the teenager will be expected to make the jump into the senior squad.

Fabregas left Chelsea to join Monaco over a season ago, having won two Premier League titles, the FA Cup and the League Cup during a five-year spell with the Blues. 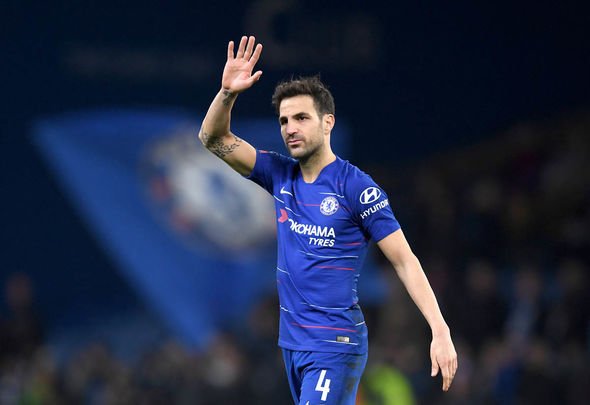 However, the 32-year-old still watches Chelsea matches and was full of praise for Gilmour on Twitter after the victory over Liverpool.

“He is fantastic.” wrote Fabregas.

“Personality on the ball, decision making, always making angles to offer himself and he has that bit of aggression in him which is very important, especially in the Premier League.

“When you have the quality but also the desire, the work ethic and intelligence, then you can see real potential in a young player. He has all of that.”

Lampard also lauded his young talent, saying “What an incredible performance for a young player.

“He was a calm head in that first five or 10 minutes. He’s a throwback of a midfielder to when I grew up.

“Can you put your foot in? Yes. Can you make angles to play the passes? Yes.

“He’s only slight in stature but he’s huge in personality. He deserves people to talk about him after a performance like that.”