Chelsea crashed out of the women’s Champions League after a shock 4-0 defeat by Wolfsburg.

The Blues started the night top of Group A, three points ahead of the Germans and Juventus.

The task was simple – avoid losing by two goals and they would be safely into the knockouts. But if Arsenal’s 4-1 defeat by Hoffenheim taught us anything, it’s that nothing is guaranteed in this competition. 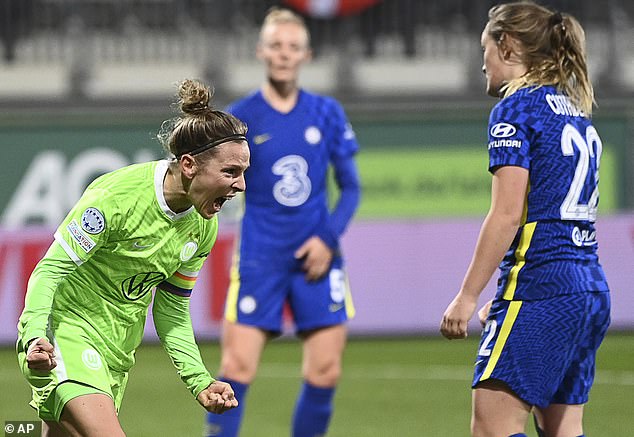 The Gunners only needed to avoid defeat by five clear goals to progress but in the end were left hanging on to avoid a shock exit. But they did progress, unlike their London rivals – who will be left wondering how they let this slip from their grasp.

Since beating Arsenal 3-0 in the FA Cup final at the start of the month, Chelsea have gone three games without a goal. It is a worrying stat for Hayes, whose side fell further behind the Gunners in the WSL title race after a 1-0 defeat by Reading at the weekend.

What seemed unthinkable before kick-off, quickly became reality for last year’s finalists. They must now rally themselves for a London derby against West Ham on Sunday before a much-needed Christmas break. But this defeat will hurt Hayes and her squad for a while. 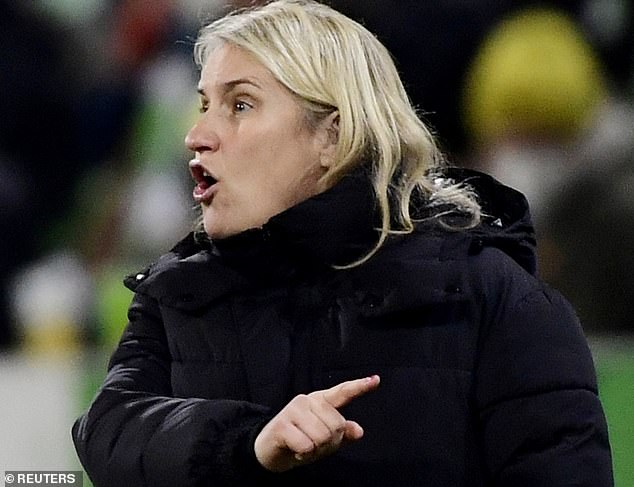 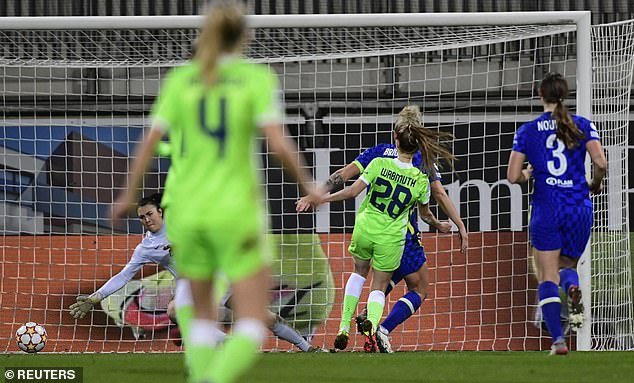 Wolfsburg started the game on the front foot as Lena Oberdorf came close to opening the scoring in the eighth minute with a shot from the edge of the box that flew just wide.

Chelsea failed to take heed of that early warning and they were punished as Svenja Huth gave the Germans the lead in the 16th minute. Shanice Van de Sanden’s shot at the near post was parried by Zecira Musovic and Huth was in the right place at the right time to turn in the rebound from close range.

It was quickly 2-0 as Huth got her second of the game. Tabea Wassmuth got away down the left and picked out the unmarked Wolfsburg captain at the back post, who side-footed into the bottom right corner.

Hayes decided it was time for a change before half-time and brought on Ji So-Yun for Sophie Ingle in the 40th minute – and the South Korean international should have pulled a goal back instantly. Fran Kirby played the ball into Sam Kerr, woh laid it back to Ji, but her effort was comfortably pushed wide by Wolfsburg goalkeeper Almuth Schult. 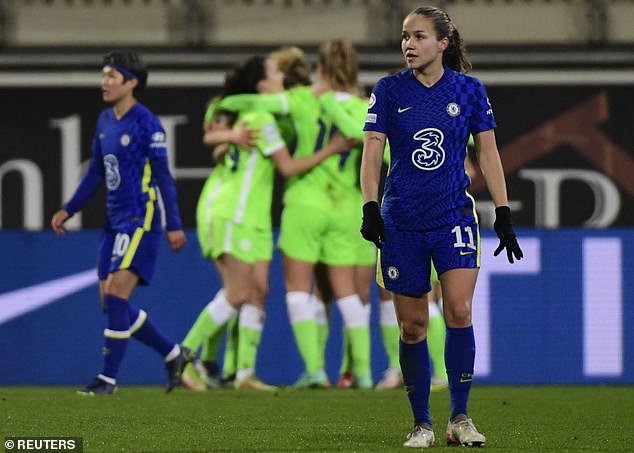 Things got worse for Chelsea as they lost captain Magdalena Eriksson to injury at the start of the second half. The defender landed awkwardly on her ankle shortly before half-time and though she came back out after the break, she was unable to continue beyond the 50th minute.

And the absence of Eriksson was keenly felt when Wolfsburg scored their third. Schult’s long ball was flicked on by Pauline Bremer to Huth. She then managed to thread the ball through to Wassmuth in the box, who held off Aniek Nouwen and Millie Bright to slot the ball past Musovic.

Chelsea came agonisingly close to pulling a goal back when Nouwen headed Jessie Fleming’s cross onto the bar in the 75th minute. Erin Cuthbert’s attempted clearance ricochet off Wassmuth, who ran through and fired an emphatic finish past Musovic into the top corner.

And that was game, set and match. Wolfsburg are through as group winners with Juve qualifying in second place.