Chelsea manager Frank Lampard has been urged to address his ongoing dispute with Kepa Arrizabalaga in order to help the Blues see off Manchester United and secure Champions League football next season. The Spanish stopper has lost his first-team spot at Stamford Bridge in recent weeks, with Willy Caballero starting the last five matches in all competitions.

But Arrizabalaga, who became the world’s most expensive goalkeeper when he joined from Athletic Bilbao for £72million in 2018, is widely considered to be the more accomplished player.

And former Chelsea midfielder Craig Burley has advised Lampard to settle his ‘grudge’ against the 25-year-old to boost results and help secure a top-four finish in the Premier League.

Speaking after Chelsea’s 2-2 draw with Bournemouth, the ESPN FC pundit said: “The worrying thing is he [Lampard] is continuing his – I would say ‘in-fight’ is the wrong word but – ‘beef’ with Kepa, with Willy Caballero starting again today. 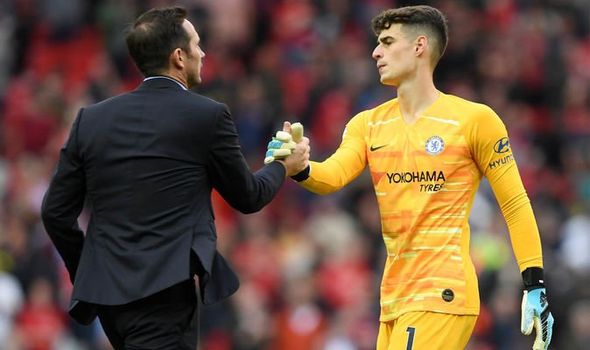 “We know you don’t fancy him but he’s a better goalkeeper and the chasing pack are coming.

“We need Champions League football next year, and are we on a ‘grudge’ thing here with Kepa or do you really think Willy Caballero is the better option?

“I don’t think many would really put that up as an argument.”

Chelsea have failed to keep a clean sheet in the six matches across all competitions since Caballero came into the side.

The Blues have picked up just one win from their four Premier League games during that stretch, while they have just six points from the last 18 available.

That total includes the two matches Arrizabalaga played prior to getting dropped – a 1-0 defeat at Newcastle followed by a 2-2 draw with Arsenal.

Chelsea also suffered a humiliating 3-0 defeat to Bayern Munich in the first leg of their Champions League last 16 tie at Stamford Bridge.

The Blues now have a mountain to climb at the Allianz Arena later this month, while qualification for next year’s tournament is also in doubt. 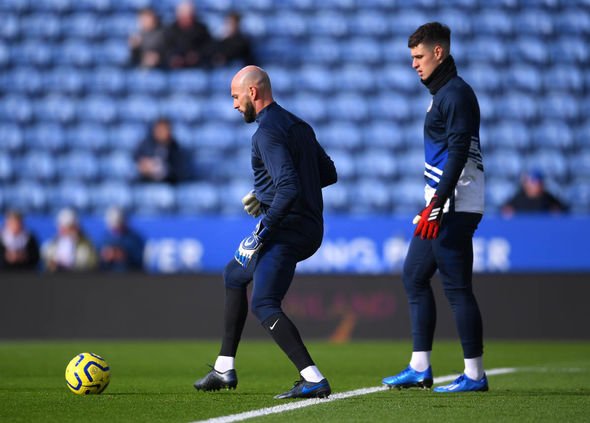 Lampard’s side are currently fourth but sit just three points clear of Manchester United and Wolves.

Tottenham and Sheffield United are also in the hunt, just two points further back, while Arsenal could mount a charge after getting knocked out of the Europa League.

And Burley believes Lampard needs to put aside any dispute and reinstate his best goalkeeper in order to provide consistency ahead of the run-in.

“I’m not suggesting Kepa’s been in the greatest form, because he hasn’t,” said Burley.

“But Willy Caballero is a back-up goalkeeper now, or a cup goalkeeper for them. Clearly there’s some discord here between the record-signing goalkeeper and the manager.

“From a personal issue, it is vital they get this knocked off because with Manchester United picking up, with Wolves hanging around, there is no guarantee at this moment in time that Chelsea will make that top four.”