Chelsea are considering the pursuit of Ugurcan Cakir as they line up a replacement for Kepa Arrizabalaga. The Trabzonspor goalkeeper is already said to be a target of Liverpool but the Blues are monitoring the 23-year-old as they assess their options ahead of next season.

Arrizabalaga has fallen out of favour under Frank Lampard in recent weeks, and reports from Turkey suggest Chelsea are keen on bringing Cakir to Stamford Bridge.

Fotospor claim the Trabzonspor stopper has caught the eye after excellent form this season, with his club a point off the summit of the Super Lig with a game in hand over Istanbul Basaksehir.

The report also claims that former Chelsea midfielder Eddie Newton, now assistant manager at Trabzonspor, has been ‘constantly’ passing information about Cakir to his former employers.

Newton made 214 appearances for Chelsea during his playing career, winning the FA Cup, League Cup, Cup Winners’ Cup and UEFA Super Cup in a nine-year spell at Stamford Bridge. 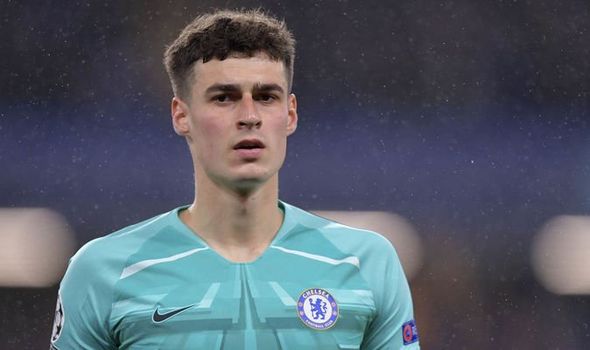 The midfielder left the club for Birmingham City in 1999 before spells at Oxford, Barnet and Hayes but returned to work for the Blues academy after injury curtailed his career.

Newton then linked up with former team-mate Roberto Di Matteo at MK Dons and West Bromwich Albion, operating as the Italian’s assistant manager, and continued in the same capacity when Di Matteo took the reins at Chelsea in 2012.

The 48-year-old dropped back down to the academy system and also had a spell as loan player technical coach before joining Lampard’s staff at the start of the season.

Newton departed in February to take up an assistant manager role at Trabzonspor, but has kept close ties with the Chelsea hierarchy – according to the latest report.

That link could prove vital if Chelsea do opt to move for Cakir, who has made 36 appearances for his boyhood club across all competitions this season.

Trabzonspor president Ahmet Agaoglu confirmed interest in the star stopper, and revealed that a number of scouts watched his side’s match against Besiktas last week.

Agaoglu also made reference to Cakir’s value, saying “In my opinion, Ugurcan Cakir is one of the three best goalkeepers in Europe and a huge prospect for Turkish football. 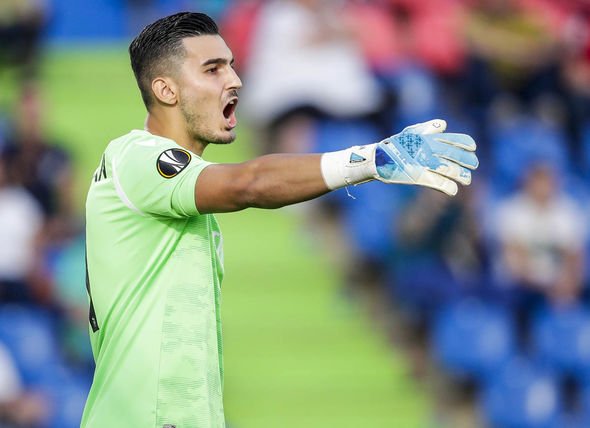 Fotospor claim Liverpool had been leading the race for the Turkish stopper’s signature, but Chelsea’s need is greater and they could look to move Kepa on at the end of the season.

However, the Spanish stopper may have turned the tide with a stellar performance against Liverpool in the FA Cup fifth round on Tuesday night.

The 25-year-old, who became the world’s most expensive goalkeeper when he joined from Athletic Bilbao for £72million in 2018, made a number of key interventions including a triple save to keep out the Reds.

Prior to the cup clash, Kepa had been overlooked for the previous six matches as Lampard opted to recall veteran Willy Caballero.

But the Chelsea boss was delighted for his younger goalkeeper after his display against the runaway Premier League leaders.

“I was really pleased for Kepa,” Lampard said after the final whistle.

“It’s not easy because all players want to play and a goalkeeper gets scrutinised more than any other position and he made some good saves.