Chelsea manager Frank Lampard has confirmed that a number of his first-team players will be sidelined for this weekend’s clash with Everton. The Blues boss gave an update on the fitness of five senior squad members in his pre-match press conference ahead of the visit of the Toffees to Stamford Bridge.

Lampard has a serious selection headache this weekend, with a host of injured players unavailable when Chelsea return to Premier League action.

Both Mateo Kovacic and Willian limped off during the FA Cup fifth round victory over Liverpool on Tuesday while Callum Hudson-Odoi has suffered another set-back during his recovery from a hamstring injury.

The 41-year-old also gave more positive updates on Christian Pulisic and Ruben Loftus-Cheek, but neither are expected to play a part against Everton.

Speaking about Hudson-Odoi, Lampard said: “He had a re-injury yesterday [Thursday]. He will be having a scan this afternoon and will be out longer than initially expected.”

JUST IN: Six Chelsea loan players that could break into Frank Lampard’s first team next season 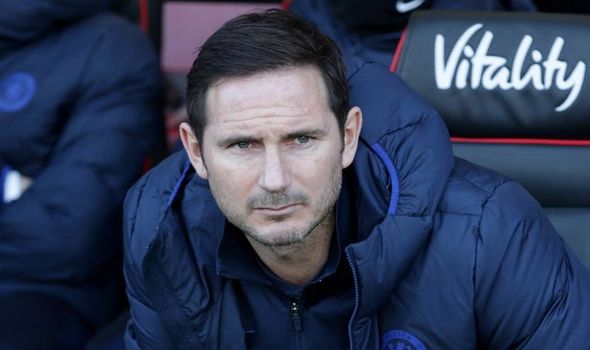 The 41-year-old insisted that Hudson-Odoi’s return has not been rushed and the physio team had not taken any unnecessary risks in getting the player back training.

“It’s tough for him,” Lampard said. “He wasn’t rushed back. All signs were he was fine to train and re-injured in his first training session.

“Frustrating because as a young boy he is keen to play but it’s frustrating for us as a team.

“We have the worst injuries of the top group in the table, lots of players. We’re working against that to get the best results.”

Kovacic and Willian both suffered Achilles injuries against Liverpool, the former is definitely ruled out of Sunday’s clash while the latter requires further tests.

“Kovacic isn’t fit, out of the weekend but hopefully not long after that,” Lampard said.

“Willian is a question mark for Sunday, we will assess him.”

Lampard went on to explain how Pulisic is nearing a return to full fitness as he looks to overcome a groin problem that has kept him out of acton since New Year’s Day. 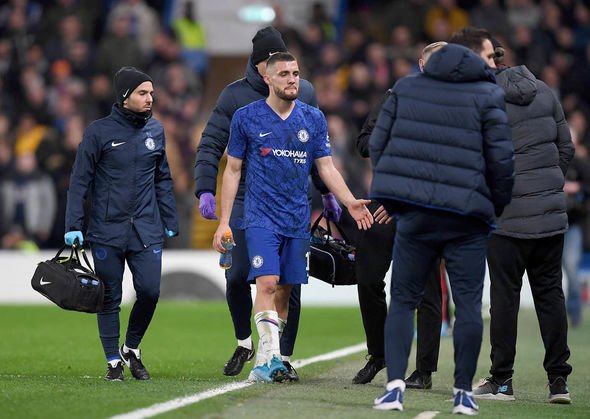 Meanwhile, Loftus-Cheek has not featured since suffering a serious ACL injury in a post-season friendly last year but both players took part in an in-house game this week.

“I just watched it but I’ll find out how it went after.

“Ruben played half that game and is short of match fitness, which he has said himself. There is work to be done with Ruben.”

Lampard also used his press conference to rule Tammy Abraham and N’Golo Kante out against Everton as they continue to struggle with ankle and thigh injuries respectively.

Marco van Ginkel completes the list of absentees due to injury, with the Dutchman still rehabilitating after an ACL injury, while Andreas Christensen missed the win over Liverpool with a slight issue but is expected to be available against Everton.

Elsewhere, Jorginho is unavailable due to suspension after picking up his 10th yellow card of the Premier League campaign against Bournemouth last weekend.

The Italian has been hit with an automatic two-match ban, while he is also banned for the second leg of the Champions League last 16 clash with Bayern Munich due to take place later this month.