Tammy Abraham could miss Chelsea’s FA Cup clash with Liverpool on Tuesday after Frank Lampard issued a worrying update on the striker’s fitness. The 22-year-old has struggled with an ankle injury in recent weeks, having initially suffered the problem against Arsenal last month.

And now Lampard has revealed Abraham traveled to Barcelona in an effort to get “more advice” about his fitness problems.

The Chelsea frontman damaged his ankle after sliding into the advertising hoardings during the 2-2 draw with Arsenal at Stamford Bridge in January.

He took painkillers to play in the following match against Leicester but missed the defeat to Manchester United and was only fit enough to come on as a substitute against Tottenham and Bayern Munich.

Abraham was left out of the squad entirely for the 2-2 draw with Bournemouth, and Lampard revealed that he doesn’t know when his top scorer will return. 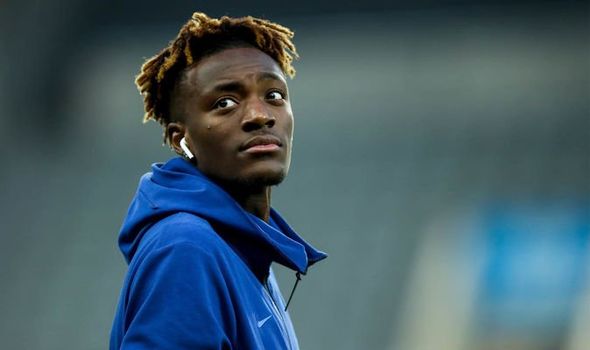 Speaking after the final whistle at the Vitality Stadium, Lampard said: “[Abraham] went to Barcelona to have a look at his ankle with another pair of eyes on it but I’ve got no update.

“I’m hoping it’s not a long-term injury but at the same time I can’t say he’ll be back for Tuesday.’

Chelsea face Liverpool in the fifth round of the FA Cup at Stamford Bridge on Tuesday, which will be the first time the two sides have met in the competition since the 2012 final.

Reds manager Jurgen Klopp fielded a much-changed side in the third round against Everton before deploying the Under-23s in the fourth round replay after Shrewsbury earned a draw at New Meadow.

Liverpool could therefore opt to field another under-strength side against Chelsea, while the Blues made a host of changes themselves for the victories over Nottingham Forest and Hull.

However, Lampard will be keen to get back to winning ways after a disappointing draw with Bournemouth.

Marcos Alonso scored twice to rescue a point for the Blues, and Lampard subsequently criticised his strikers for failing to score in Abraham’s absence.

Olivier Giroud did hit the bar in the lead up to Alonso’s opener while Michy Batshuayi had a goal ruled out for offside, but neither have stamped their mark on the starting XI. 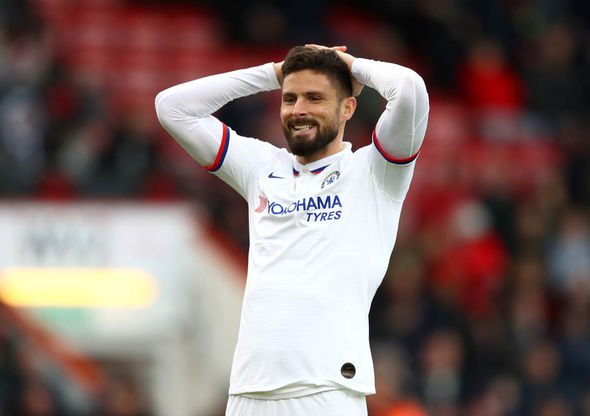 “People talk about the defence but if you are 1-0 up and leave teams in the game than one set piece can change the game,” said Lampard.

“We should score more goals and then we don’t have that problem.

“We expected a fight and they gave us a difficult game but we should win the game, we had a lot of possession and chances.

“The character of the team was great, it wasn’t for the want of trying but we need more goals.

“Marcos Alonso has had a big week but I don’t want my left-back top of the scoring charts. I want our attackers scoring goals and they haven’t.

“We wanted to win, we should have won but it’s a difficult league. It’s that cut throat part of the season. If we keep having games like this and we are not clinical it’s tough.

“The way the season has panned out, we should be pleased that we are fourth but it means nothing at this stage.

“If we manage to get in the top four the achievement is huge but we are a long way from that yet.”