Chelsea have been urged to sign John Stones this summer as the solution to their defensive woes. The Blues conceded the most goals in the top half of the Premier League last season but former Arsenal midfielder Paul Merson believes Stones has what it takes to shore up the Stamford Bridge backline.

Chelsea are in the midst of a squad overhaul and have already heavily reinforced their attacking unit with the signings of Hakim Ziyech and Timo Werner.

The west London club have now turned their attention to Kai Havertz while a move for Leicester full-back Ben Chilwell is gathering pace but Frank Lampard also desperately needs a new centre-back.

Get Sky Sports for just £25 per month for 3 months

Get BT Sport for HALF PRICE

The Blues had been keen on signing Declan Rice from West Ham and converting the England international back into a defender while Brighton skipper Lewis Dunk is another that has been touted for a move, but Merson believes Manchester City star Stones is the player Chelsea should go after.

“Chelsea should go and get John Stones because there is a success story there waiting to happen,” Merson wrote in his Daily Star column.

JUST IN: Chelsea end of season player ratings: Pulisic and Mount excel but star gets a 2 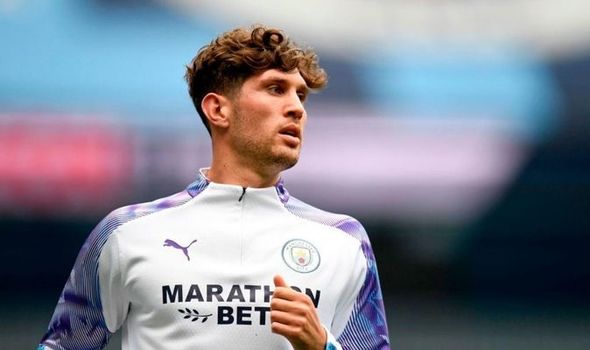 “When you hear they have put defenders like Kurt Zouma and Andreas Christensen up for sale, you can see they need a centre back.

“I’ve said all along Stones would do well there. And they should go and get him now. He has no future at City.

“Pep Guardiola was playing a midfielder, Fernandinho, ahead of him last season, and a defender in Eric Garcia who wants to leave the club!

“I’d be amazed if he was still there by the end of this window. But lots of clubs should be looking at him.”

Stones has dropped well down the pecking order at City, making just 16 Premier League appearances this term and only 24 across all competitions.

Injury has played a part in this fall out of favour, although the 26-year-old failed to convince alongside Nicolas Otamendi and Aymeric Laporte last season.

But Merson, who made over 300 appearances for Arsenal before spells at Middlesbrough, Aston Villa and Portsmouth, feels Stones would be perfect for Chelsea in the centre of a back three – a formation Lampard experimented with last season.

“Stones is homegrown. He’s an England international. He has plenty of experience. But he’s still young. He ticks a lot of boxes,” wrote Merson 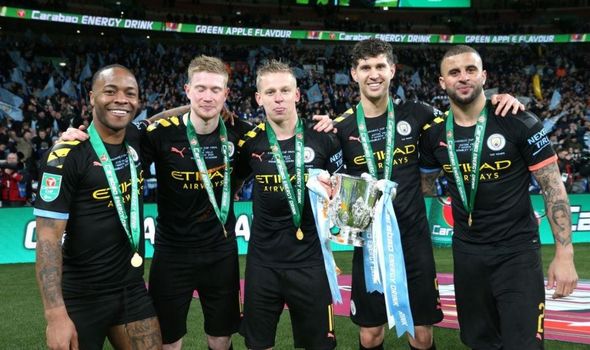 “You play him in a three and he can play it out for you and get them going. He would be one of the best defenders around in a three.

“He’s just like David Luiz, who was phenomenal for Chelsea when Antonio Conte played him in the middle of a three.”

Stones has two years left on his contract at the Etihad but could be available for as little as £20million.

This would represent a significant saving for Chelsea compared to the £70m price tag West Ham have given Rice.