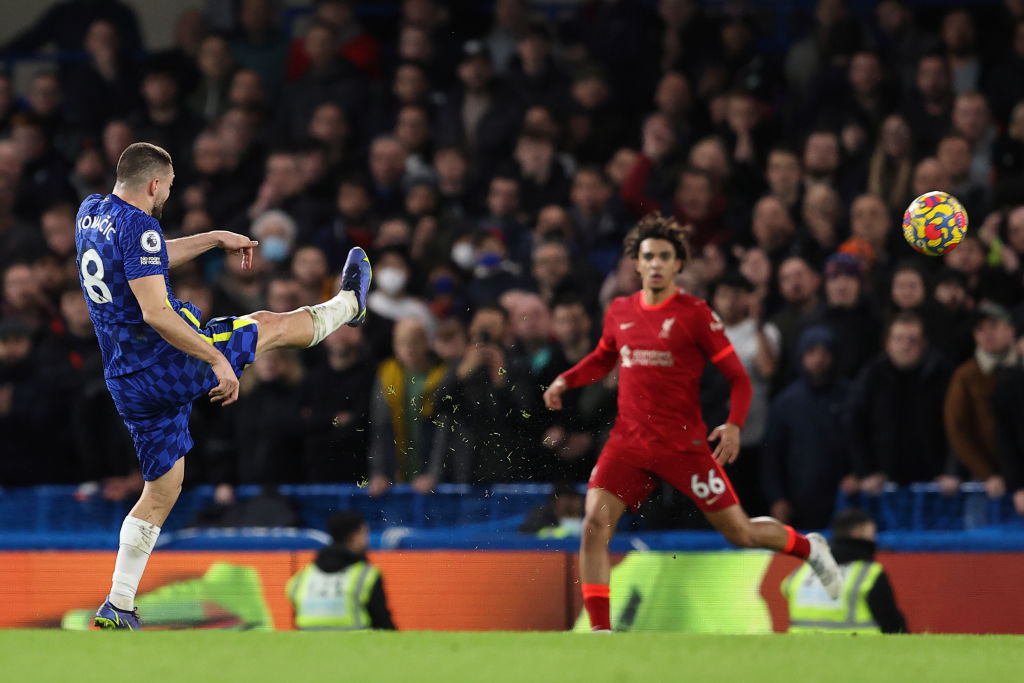 Chelsea and Liverpool fought out another Premier League classic in a thrilling 2-2 draw at Stamford Bridge.

With Jurgen Klopp watching from home after a positive Covid test, Liverpool took a two-goal lead after 26 minutes with Mohamed Salah producing another stunning goal to add to his collection.

Mateo Kovavic topped that with a goal of the season contender, with Christian Pulisic’s equaliser capping perhaps the best half of football of the season.

Despite a similarly frantic second-half, the contest stayed level with league leaders Manchester City the biggest winners, maintaining their 10-point lead at the summit as a result.

Mane, who was booked inside the opening 10 seconds of the contest after an elbow on Cesar Azpililcueta, capitalised on an error from Trevor Chalobah to slot home after nine minutes.

Salah produced yet another moment of magic to double their lead 17 minutes later, latching onto Trent Alexander-Arnold’s pass before shimmying past Marcos Alsonso and firing past Edouard Mendy.

Kovacic’s stunning strike brought the game to life once again three minutes before the break.

Backpeddling on the edge of the Liverpool box to position himself behind a looping clearance, the Croatian connected with a stunning volley to find the top right corner as the roof came off Stamford Bridge.

There was time for more drama with Pulisic making up for an earlier miss in style. Chelsea had earlier found success getting in behind the away side’s backline with the American this time picked out by N’Golo Kante’s flick, finishing superbly to level a frenzied contest.

The tempo didn’t relent in the second-half with Mendy forced into two superb saves, denying an audacious effort from Salah who attempted to chip the goalkeeper from 20 yards out.

Caoimhín Kelleher, standing in for Alisson who was one of three players to miss out due to Covid, also produced an instinctive stop to deny Pulisic a second.

Chelsea, without Romelu Lukaku who was dropped from the squad following this week’s explosive interview, pushed for a late winner.

But both sides settled for a point in a blistering start to football in 2022.