Jamie Carragher only needed 15 minutes of Spain’s opening World Cup tie against Costa Rica to label Pedri ‘the player of the tournament so far’.

Spain blew Costa Rica away inside half an hour of their first group-stage outing on Wednesday, with Dani Olmo and Marco Asensio firing them into a two-goal lead before Ferran Torres scored from the penalty spot.

Torres then added another 10 minutes after the interval before late goals from Gavi, Carlos Soler and Alvaro Morata sealed an eventual 7-0 rout for Luis Enrique’s side, who got off to the best start imaginable out in Qatar. 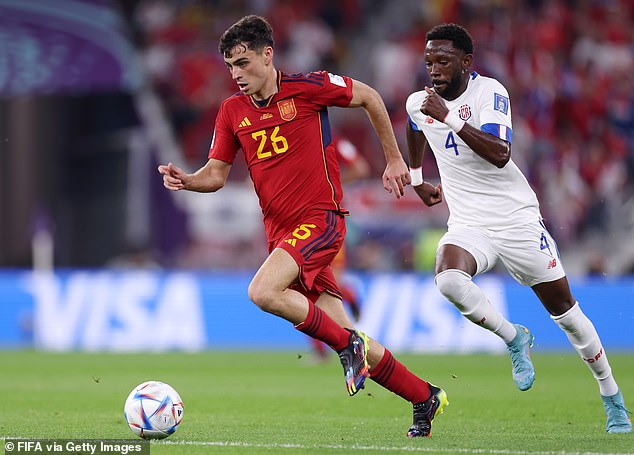 While he didn’t get on the scoresheet himself, Barcelona midfielder Pedri pulled the strings in what proved a straightforward victory for Spain – and his performance clearly impressed Carragher.

After just 15 minutes of the game, the former Liverpool and England defender took to Twitter to write: ‘Pedri is the player of the tournament so far! #WorldcupQatar2022’.

While he may well have been emphasising the terrific start Pedri made to Wednesday’s game, fans were quick to remind Carragher how early he had gone with such an assessment.

One wrote: ‘It’s been one game Jamie mate’. 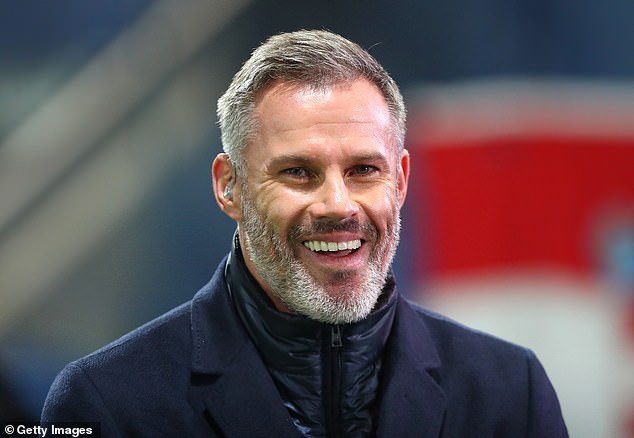 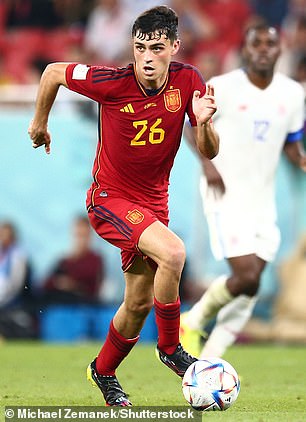 While one concluded: ‘This tweet describes you so well. So reactionary.’

Spain flexed their muscles as one of the leading contenders to win this year’s World Cup in their dominant opening win over Costa Rica, which sent them top of Group E.

They already hold a three-point lead over group rivals Germany, who slumped to a shock 2-1 defeat against Japan earlier in the day.

The pressure will therefore be on Hansi Flick’s side when they come up against La Roja in Al Khor on Sunday.

A point could even be enough to secure Spain’s progression to the knockout stages depending on the outcome of Japan’s showdown with Costa Rica.