Carlos Queiroz REFUSES to answer questions about the situation in Iran

‘How much will you pay me to answer?’: Iran coach Carlos Queiroz REFUSES to respond to questions about escalating protests against the oppression of women in the country… with the former Man United No 2 navigating a minefield

We were under orders not to pose Carlos Queiroz questions about the protests engulfing the nation he is managing, so a cursory mention had to do, to prevent the interview from being terminated.

‘What are your thoughts on the situation in Iran?’ the Portuguese coach was asked. ‘I have no thoughts,’ he replied.

This was hardly believable. Questions about the escalating protests about the oppression of women in Iran since the death of 22-year-old Mahsa Amini in September will stalk Queiroz throughout the World Cup and the coach who arrived with a smile on his face here on Monday left with a face like thunder. 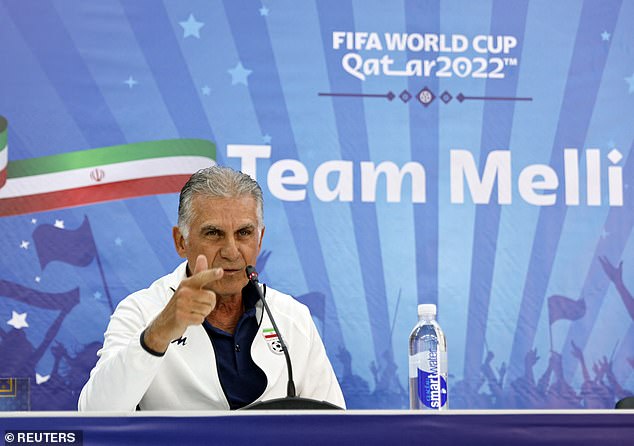 ‘How much you pay me to answer that question? How much you pay me? Talk to your boss and give me your answer,’ the former Manchester United assistant manager said when asked about working for a country that oppresses women. His final comment to a UK journalist was picked up by microphones: ‘Think about what happened in your country with immigration.’

Despite that parting shot at Iran’s Al Rayyan base west of Doha, Queiroz has actually been doing a very good job of maintaining a semblance of credibility for the country’s hapless football association — insisting that an interview take place at the team’s base in Vienna last month, where he was far more talkative, despite officials trying to shut it down.

The minefield is something he is prepared to navigate for the chance to take to football’s greatest stage for a third time with Iran, who are paying him just £50,000 on a four-month deal until the end of the tournament. He took Iran, who face England on Monday in their opener, to within a point of the knockout stages four years ago but they descended into disarray under his successor Dragan Skocic, with one player describing the Croat’s drills as encouraging them to hit the bar from distance: the crossbar challenge. The potential for geopolitical humiliation against the USA and England led to Queiroz’s return, just 74 days before the tournament kick-off, seemingly at the diktat of the state apparatus. 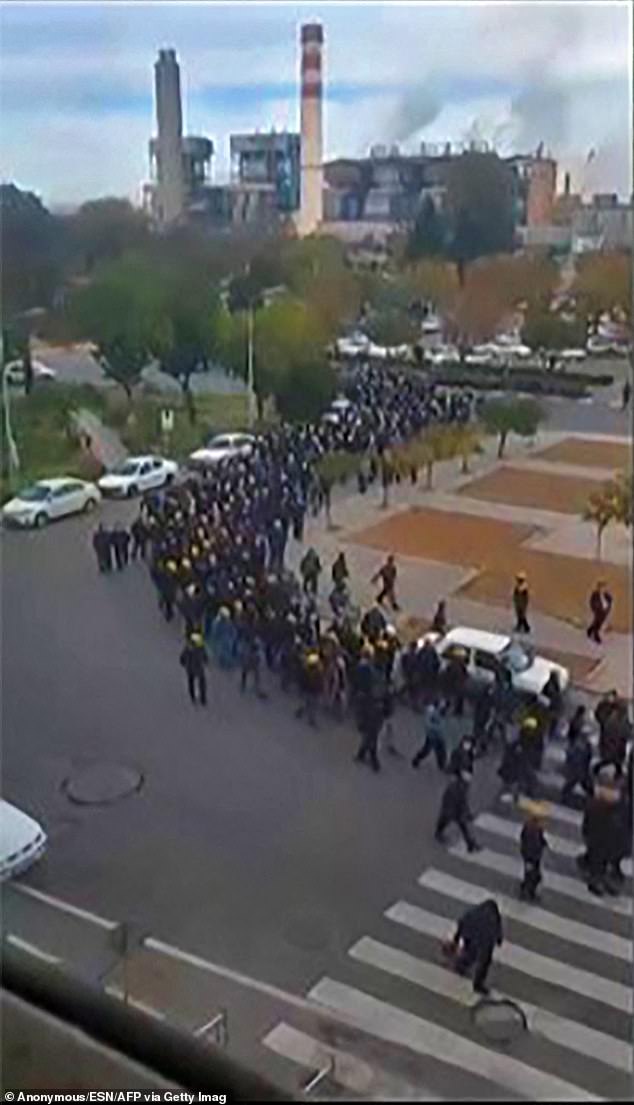 The chaos is only part of the difficulty. Speaking to Sportsmail in Vienna, Queiroz, 69, described what lies ahead against the European sides as akin to ‘competing against a space shuttle with a Boeing 737’ and views a November World Cup as a big advantage to sides like England.

He sees England as more intelligent and focused under Gareth Southgate than in the past, but makes no bones about his view that the players he knew from five years as Sir Alex Ferguson’s assistant were better footballers than the current crop.

‘There are no doubts England are growing up with better preparation,’ he said. ‘Southgate is putting in place the guidelines, the clear vision, and the results are on the pitch.

‘I’m not saying that this team is better, or they have better players from the days of David Beckham, Rio Ferdinand and Paul Scholes. But the difference is that England are showing a clear direction and vision of where all the players must go. This creates a much more consistent team.’ 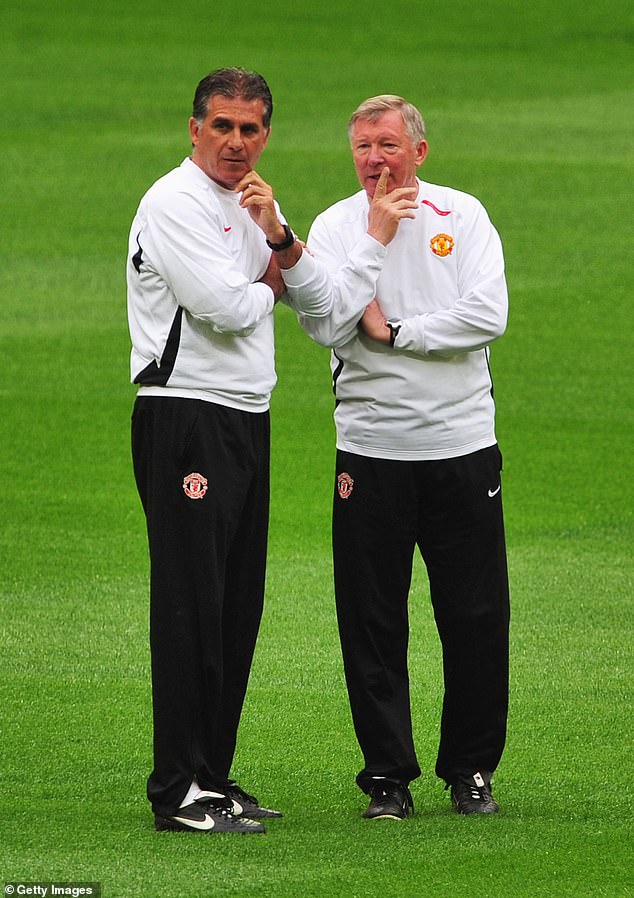 But what is significant about the discussion of Iran is a refusal to cling to an underdog mentality. It is hard to exaggerate the mood of wild optimism that his appointment has created in Iran, where progress to the knockout stage is now expected, and he remarks that this is a good thing.

‘It’s not bad to feel pressure,’ he said. ‘That pressure raises our responsibilities, motivation and sense of duty. We want to move forward. It’s a wrong approach to work to be in the World Cup and go there as minor players. No, we go there among the best 32 teams in the world. So let’s enjoy it.’

He implied that some unknown elements of a rapid, 29-day tournament might just favour well-organised countries like Iran. ‘What we’re going to face is completely new. A shorter period of rest between the games, a competition in November.’ 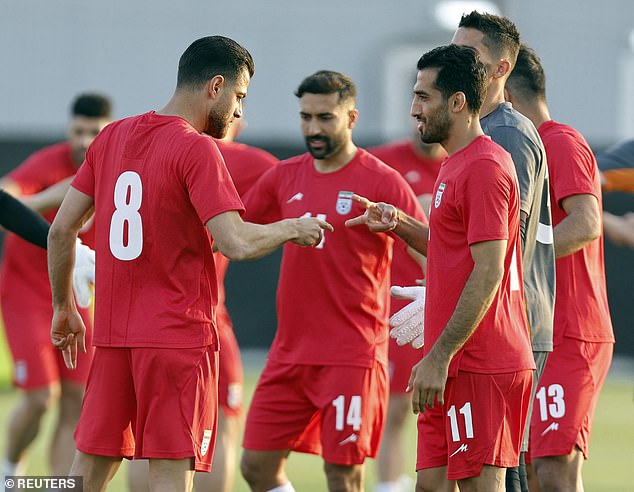 Playing England undoubtedly excites him and though he has not heard from Ferguson, he surely will if the old enemy are defeated. ‘I would just like to send him my best wishes and regards,’ he said. ‘You know I have a warm friendship with him. I have it in my heart for the rest of my life.’

England’s poor form coming into Qatar doesn’t interest him. ‘It’s not important and doesn’t make me happy. It can make me happy if they’re not doing the best on matchday!

‘But we belong to the big family of this industry of entertainment. Our job — Iran, England, Wales, Spain, Portugal, USA, everybody — should be engaged with only one goal: to create joy, happiness, and pride for our supporters.’

And with that he was gone, striding across to the training pitch where he laid out the cones, joined in the jokes and tutored his players — a picture of contentment before meeting the storm heading his way in Qatar.