Bournemouth 0-2 Blackburn: Scott Parker’s promotion hopes suffer ANOTHER blow as they go five games without a win after slumping to defeat against Blackburn

Bournemouth’s promotion hopes suffered another blow as they slumped to defeat against Blackburn at the Vitality Stadium.

A first-half own-goal from Ben Pearson, deflecting in Brereton Diaz’s shot, and Jan Paul van Hecke’s second-half header, were enough for Rovers to claim a fourth straight victory and move four points behind their opponents in the table.

Indeed, the Lancashire club are now unbeaten in six and have not lost since their 7-0 hammering at the hands of Fulham on November 3. 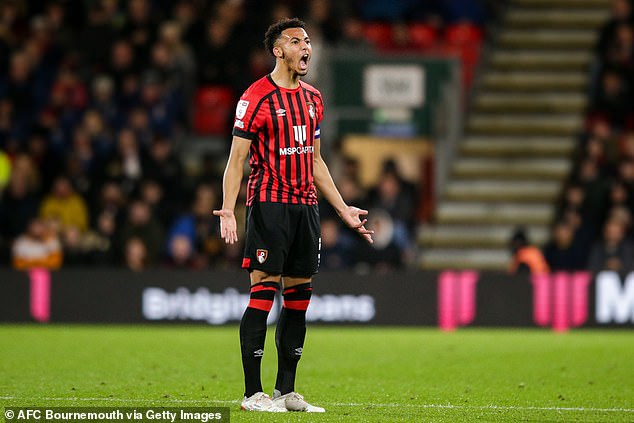 In contrast, the Cherries remain second but are now five games without a win as their bid for a Premier League return continues to falters.

Rovers boss Tony Mowbray was full of praise for how his young side performed against the Championship pace-setters, but warned them against getting carried away.

He said: ‘I don’t want to fall into that trap.

There are a lot of young players in this team and they can feel a bit of momentum, they will want to keep that going, keep rolling, that’s a big challenge for them.

Both sides were evenly matched in a cagey opening, with Brereton Diaz curling over from the edge of the box for Rovers before a dangerous Cherries counter saw Jamal Lowe’s cross somehow diverted away from danger. 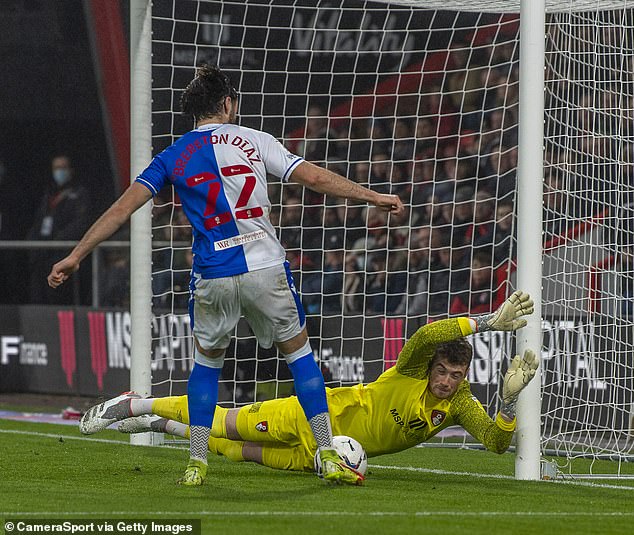 A first-half own-goal from Ben Pearson, deflecting in Brereton Diaz’s shot, gave them to lead 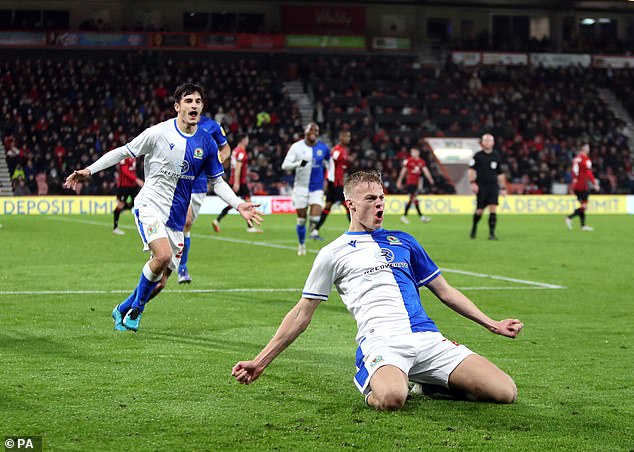 Rovers took the lead when Harry Pickering’s cross was met by Darrah Lenihan whose header brought a brilliant save from Mark Travers but Brereton Diaz lifted the rebound onto the bar, off the unfortunate Pearson’s face and into the net.

The hosts should have levelled minutes later when Ryan Christie bundled his way into the box, only to be denied by an instinctive close-range stop from Aynsley Pears.

From there, Tony Mowbray’s men were happy to frustrate their opponents, who looked badly short of rhythm and confidence after their longest winless run of the season.

Deep into first-half injury time, Solanke suddenly broke clear of the Rovers defence and drove in on goal from the left.

However, the usually prolific striker was denied by another brilliant Pears save, with the keeper then stopping a Christie free-kick with the last action of the half.

The introduction of Emiliano Marcondes at half-time, in place of Pearson, appeared to provide Scott Parker’s side with much-needed attacking impetus. 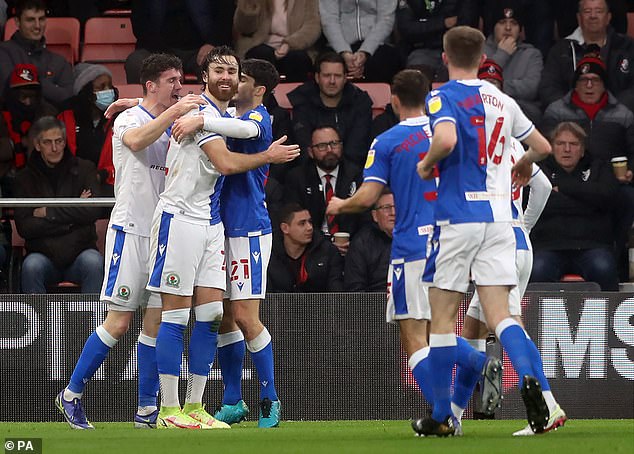 As a result, the Lancashire club (above) are now unbeaten in six and have not lost since their 7-0 hammering at the hands of Fulham on November 3 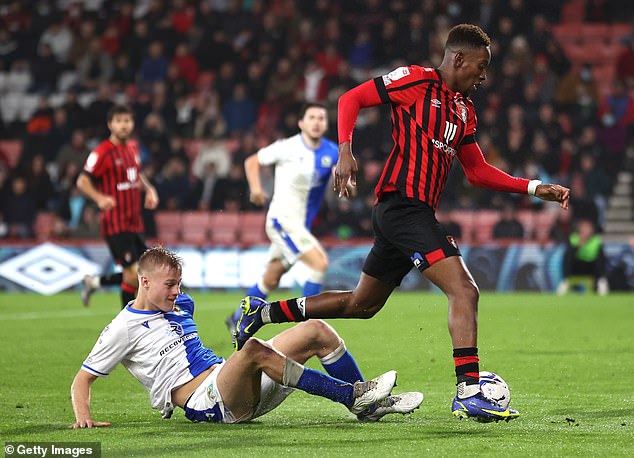 In contrast, the Cherries remain second but are now five games without a winning result

They carved the visitors open several times, with Solanke denied by Nyambe’s last-ditch block and Christie firing straight at Pears from outside the box.

In contrast, Rovers showed limited attacking ambition, but still came close with Lenihan nodding just over the bar from a corner.

Bournemouth kept pushing as Marcondes burst into the box, but no-one could turn his low cross home while minutes later another scramble ensued in the Rovers box but they escaped again.

Against the run of play, Brereton Diaz found himself one-on-one but Travers pulled off a superb block with his feet.

However, he was helpless when van Hecke, on loan from Brighton, rose highest to nod the resulting corner into the net for his first Rovers goal.

The second appeared to end Bournemouth’s chances of a comeback as darkness descended in Dorset. 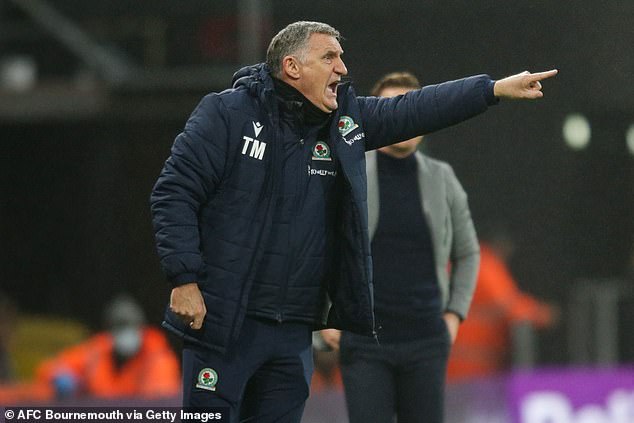 Rovers boss Tony Mowbray was full of praise for how his young side performed against the Championship pace-setters, but warned them against getting carried away

Despite dominating possession, Parker’s men could not carve out a clear opportunity and it was Brereton Diaz who had the best chance late on with Travers again stopping the Chile international.

With that, Rovers secured what could prove a crucial three points come May to move within striking distances of their beaten opponents in the automatic promotion places.

Reflecting his team’s failure to win for a fifth consecutive game, Parker said: ‘We are in a difficult situation at the moment in time. We are in the eye of the storm, the levels we have given ourselves are not there for many reasons. The real test is this moment now and we need to thrive off this moment and embrace it.’