Bochum 1-1 Borussia Dortmund: Marco Rose’s side lose crucial ground in the Bundesliga title race as they slump to a disappointing draw, needing a late Julian Brandt goal to rescue a point as Bayern Munich open up a six-point lead

Borussia Dortmund needed an 85th minute equaliser by Julian Brandt to rescue a point in a 1-1 draw at promoted VfL Bochum on Saturday as they fell six points behind Bundesliga leaders Bayern Munich.

Brandt bagged a fully deserved leveller after Bochum had taken the lead in the 40th minute with a Sebastian Polter penalty.

Second-placed Dortmund, with suspended coach Marco Rose in the stands, avoided a second straight loss but dropped further behind in the title race on 31 points with Bayern on 37. 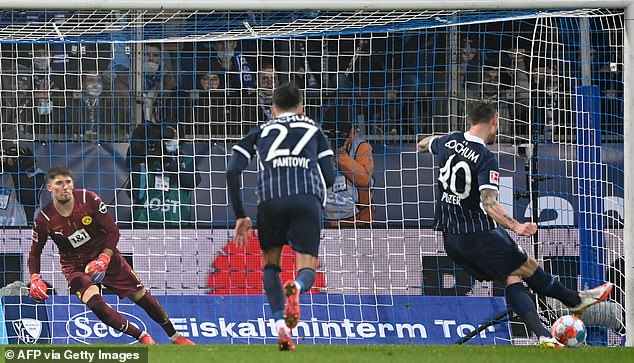 Sebastian Polter gave the home side a crucial 1-0 lead at half-time, converting from the spot 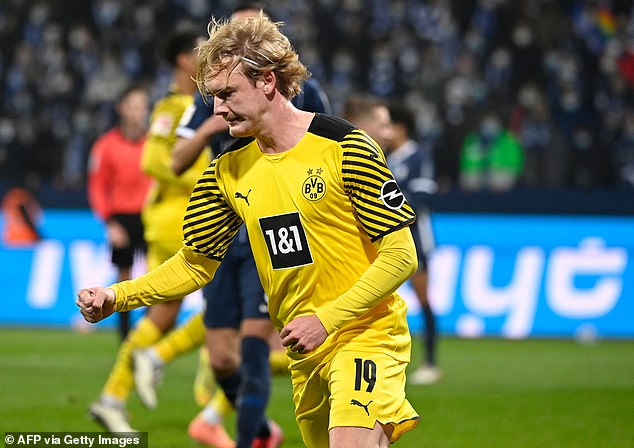 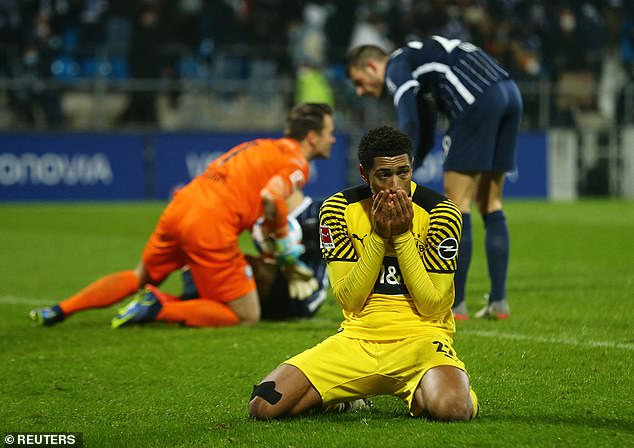 Dortmund’s Jude Bellingham missed a golden chance to put his team in front when he only had Manuel Riemann to beat but the goalkeeper flicked his shot wide with a reflex save.

Erling Haaland was then denied by Riemann a little later, with Bochum putting up a fight in their mini Ruhr valley derby.

Despite the pressure it was the hosts who scored first, with Polter’s well-taken penalty. 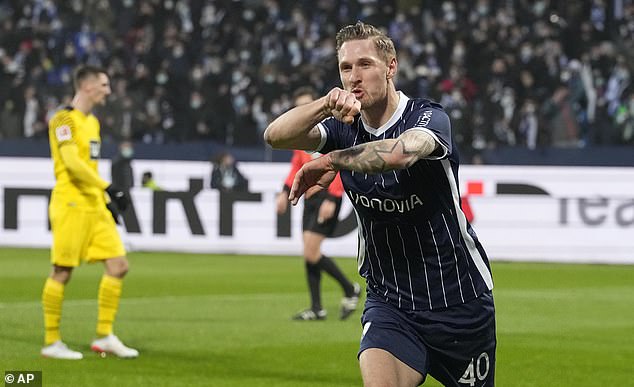 Polter celebrated after scoring the opener against Dortmund on Saturday afternoon 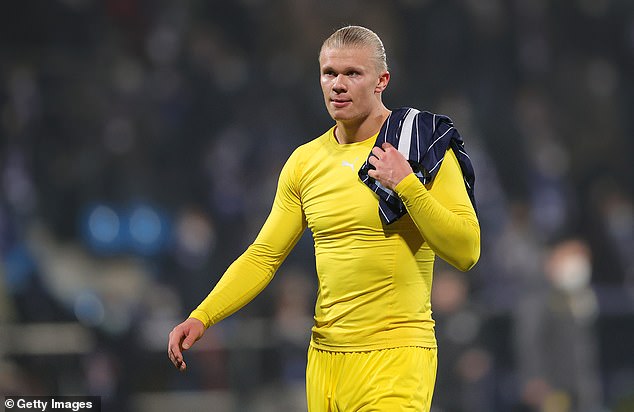 Dortmund, who lost 3-2 at home to Bayern last week, had chance after chance in a strong second half and Marius Wolf thought he had scored the equaliser in the 53rd only to be overruled by a VAR review for offside.

Bochum were desperately hanging onto their slim lead with Dortmund by the 85th minute having fired 21 shots on goal compared to the hosts’ three.

The visitors were finally rewarded with Brandt’s low drive.