CHAMPIONSHIP ROUND-UP: Blackburn pile pressure on top two with their sixth straight win as Ben Brereton Diaz downs Barnsley with his 20th league goal of the season while Middlesbrough battle past Blackpool

Blackburn Rovers piled the pressure on the top two last night with a 2-1 home victory over second from bottom Barnsley thanks to Ben Brereton Diaz’s 20th league goal of the season.

The Chile international’s winner came in the 65th minute with a cracking shot which secured his team’s sixth successive victory.

Rovers are just a point behind leaders Bournemouth having played the same number of games and behind second-place Fulham on goal difference after one more game. 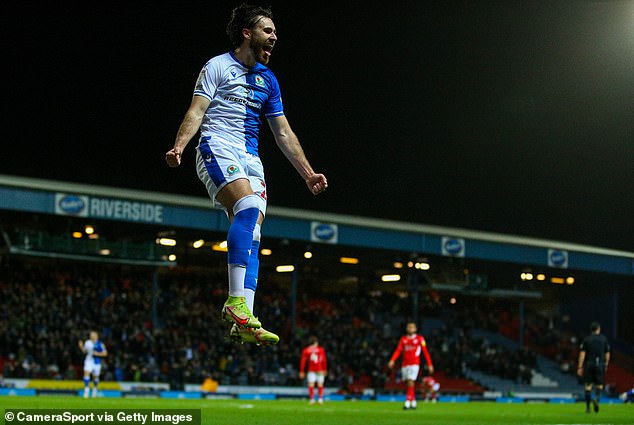 Rovers were in total control in the first half and it was no surprise when they took the lead through Joe Rothwell after 24 minutes.

Barnsley gave the ball away cheaply, allowing Brereton Diaz to set up Rothwell who made up for earlier hitting the post with a neat finish.

Barnsley’s goal came when Carlton Morris capitalised on poor defending in first-half added time to score via a deflected shot.

Middlesbrough maintained their fifth place with a very late goal to win 2-1 at Blackpool.

Slovenian Andrew Sporar put Boro ahead on the hour and Shayne Lavery thought he had secured a point for the home side with a goal a minute into added time. 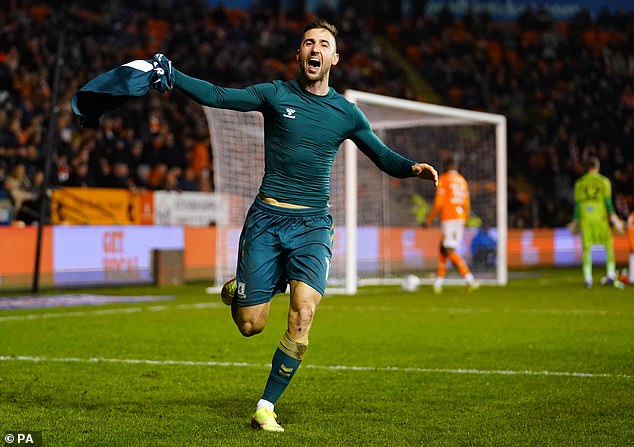