Birmingham City Women 2-0 Arsenal Women: Blues stun WSL leaders to move off the bottom of the table with first-half strikes by Libby Smith and Veatriki Sarri

Birmingham shocked league leaders Arsenal with their first home win in 805 days to lift themselves off the bottom of the Women’s Super League table.

The Blues, who have a vastly inferior budget to their rivals, put in a battling performance to prevent Arsenal from scoring for the first time this season.

First half goals from Libby Smith and Veatriki Sarri were enough to secure a 2-0 victory and give interim boss Darren Carter his first points. 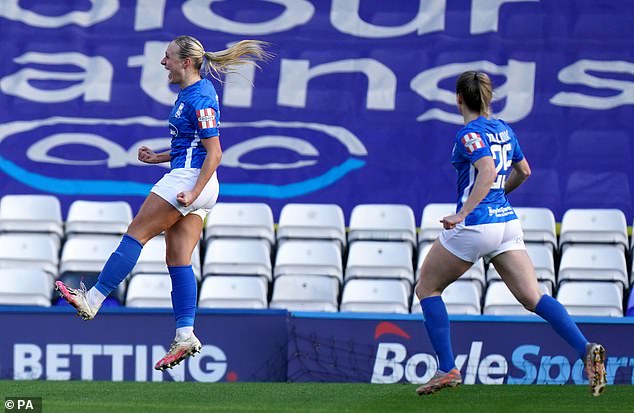 ‘The players rose to the occasion, I couldn’t be any prouder of them,’ Carter said. ‘To get the first win has been a long time coming. To see the smiles on their faces and their reaction is a priceless moment for me.’

It’s a first league defeat for Arsenal manager Jonas Eidevall, who will have serious concerns about the lacklustre performance of his team.

The Gunners are four points clear of Chelsea at the top but have played a game more and have to face Emma Hayes’ side at Kingsmeadow on February 13. 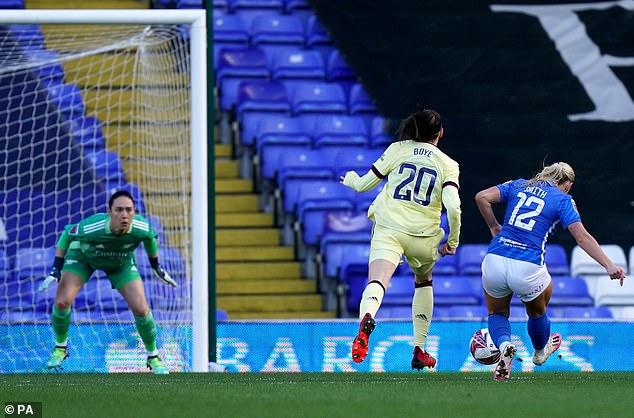 They also have to play Manchester City on January 23 and Manchester United on February 6 in what is a tough run of fixtures. They face Reading, who have not lost since October, at home next weekend.

Birmingham boss Carter had boldly said he wanted his side to attack the Gunners and his players did not disappoint as they forced the opening goal inside three minutes.

Vivianne Miedema was caught in possession inside the Birmingham half and the Blues broke quickly. Lucy Quinn’s pass cut through the Arsenal defence and found Smith, who held off Simone Boye’s challenge to slot the ball beyond Manuela Zinsberger. 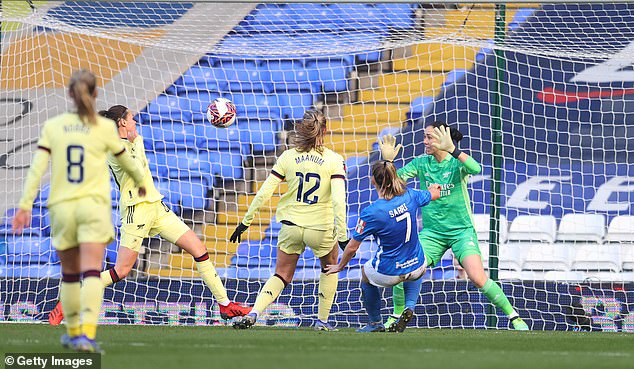 And Birmingham were in dreamland as Sarri doubled their lead shortly before half-time when she reacted to a loose ball in the box to fire into the top corner.

Despite having 68 percent of the possession, Arsenal managed just two shots on target and failed to create a clear cut chance as the hosts kept them at bay to claim all three points.

The result means Leicester, who were beaten 1-0 at Reading, return to the bottom of the table.