Bernardo Silva says he has sympathy for Manchester City's Sterling

‘It’s tough when you’re not playing the minutes you want to’: Bernardo Silva admits he has sympathy for Manchester City team-mate Raheem Sterling after winger suggested he may have to leave for regular football

Manchester City’s Bernardo Silva has expressed sympathy for team-mate Raheem Sterling who has suggested he may have to leave the club to play regular first-team football.

Sterling was given only his third Premier League start of the season in the 2-0 win against Burnley but it was Bernardo who stole the show with the opening goal before Kevin De Bruyne sealed the points in the second half.

‘The amount of good players we have in this squad is crazy,’ said the Portuguese international. 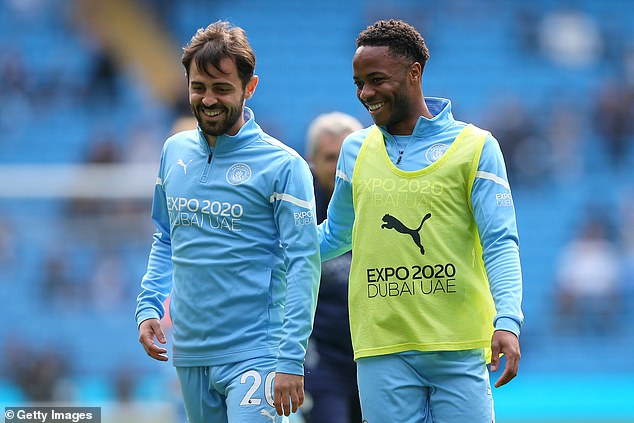 ‘It’s tough when you’re not playing the minutes you want to.

‘It’s happened with me and most of the players here – you have to fight for your place.

‘I imagine it’s not easy for the manager to choose the team.

‘All of us are important, we’re fighting for four competitions, we want to win them all and we know how tough it is.

‘It is only possible if everyone is fit and prepared and does well when asked.’ 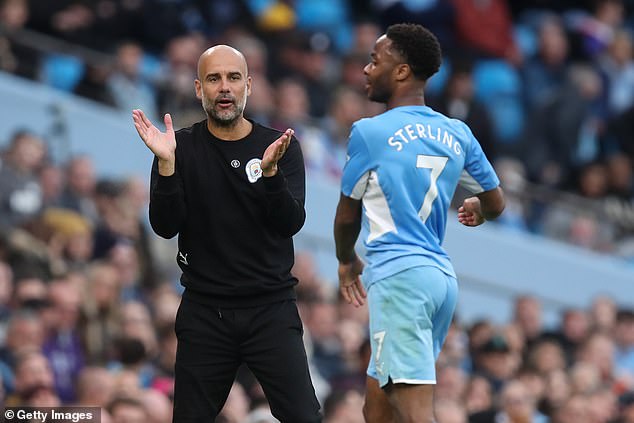 Pep Guardiola said on Friday he couldn’t guarantee Sterling or anyone else a starting place but he gave praise to the England winger and defender John Stones, who played his first City game of the season.

‘I thought both of them played really well. It was a difficult game, we tried to tell them to forget about the previous 5-0 against Burnley because they always fight and never give up and are able to go to any stadium and create a problem.’

Even so, it wasn’t vintage Sterling, who played as a false nine in the first half and was then shifted to the left with Phil Foden moving moving more centrally.

Sterling’s best moment came with an acrobatic volley from Riyad Mahrez’s cross that was blocked by Nathan Collins. But the 26-year-old got his feet mixed up when teed up by De Bruyne and the opportunity went begging. 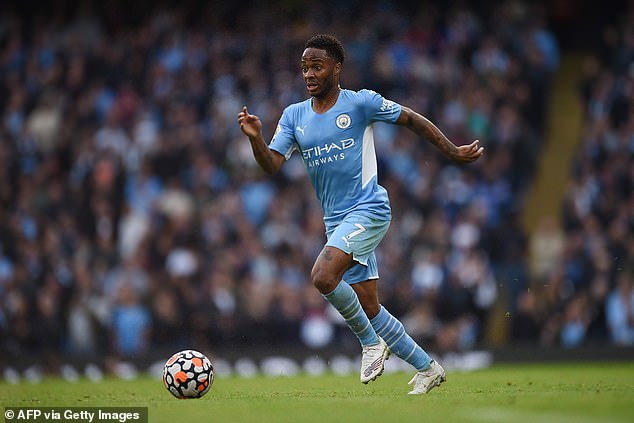