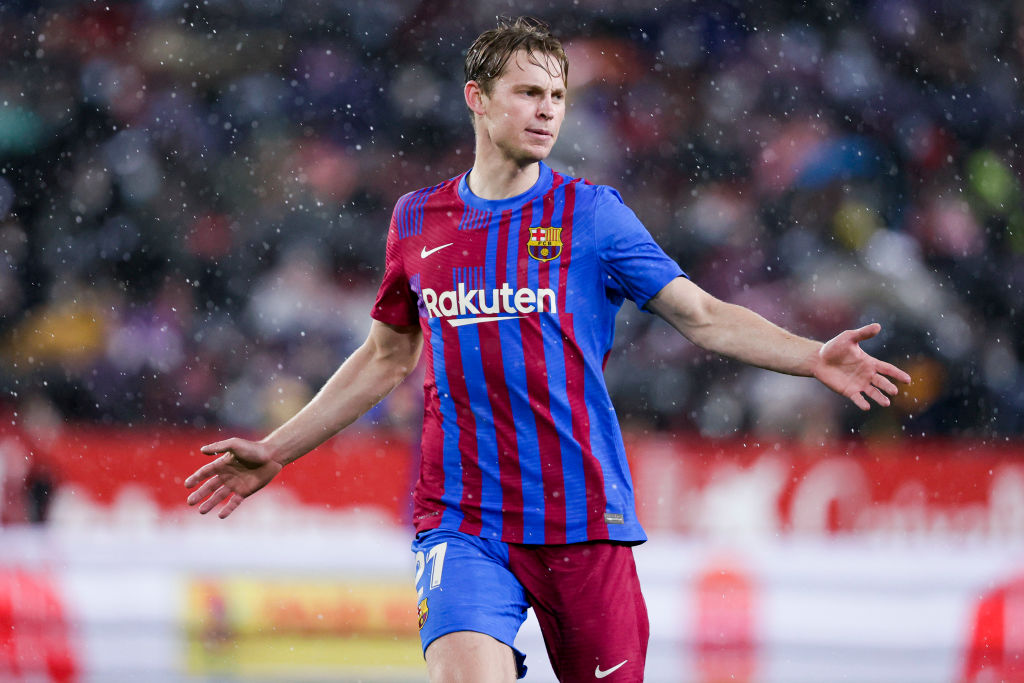 Bayern Munich have made contact with Frenkie de Jong’s representatives as they look to beat a string of Europe’s top clubs t the Barcelona midfielder’s signature, according to reports in Spain.

De Jong has been a regular in the Barcelona midfield since his £65m move from Ajax in 2019, already racking up 119 appearance for the club across all competitions.

The 24-year-old remains a key figure in the Barca midfield under Xavi, starting and scoring the only goal in the La Liga win over Alaves on Sunday.

However, Barca’s ongoing financial troubles mean that other giants of European football think they can convince the Catalan club to sell the Dutchman either this month, or more likely in the summer.

Spanish publication Marca report that Bayern Munich have been in contact with De Jong’s agents to sound out the possibility of a move.

Manchester City and Chelsea have also been linked with a move for the Netherlands international, as have Juventus and Paris Saint-Germain

While a deal can be done, it will be an expensive one as Barcelona will want to recoup the majority or all of the huge fee they paid for De Jong, so a summer move seems much more likely for a transfer of that size.

Bayern president Herbert Hainer has also stated that the club are in no hurry to strengthen their squad this month, telling Sky Sports Germany: ‘We have a very, very strong team – and I don’t see any reason why we should still do something in winter.’

Manchester City seem like the most likely contenders to Bayern for De Jong’s signature, with Pep Guardiola being a fan of the midfielder since his Ajax days and trying to sign him at City when Barcelona brought him in.

De Jong revealed: ‘Before my signing for Barcelona was made official, Pep Guardiola called me,’ he told TV3.

‘He said in a serious, but kind of joking tone, that he was happy for me and congratulated me.’