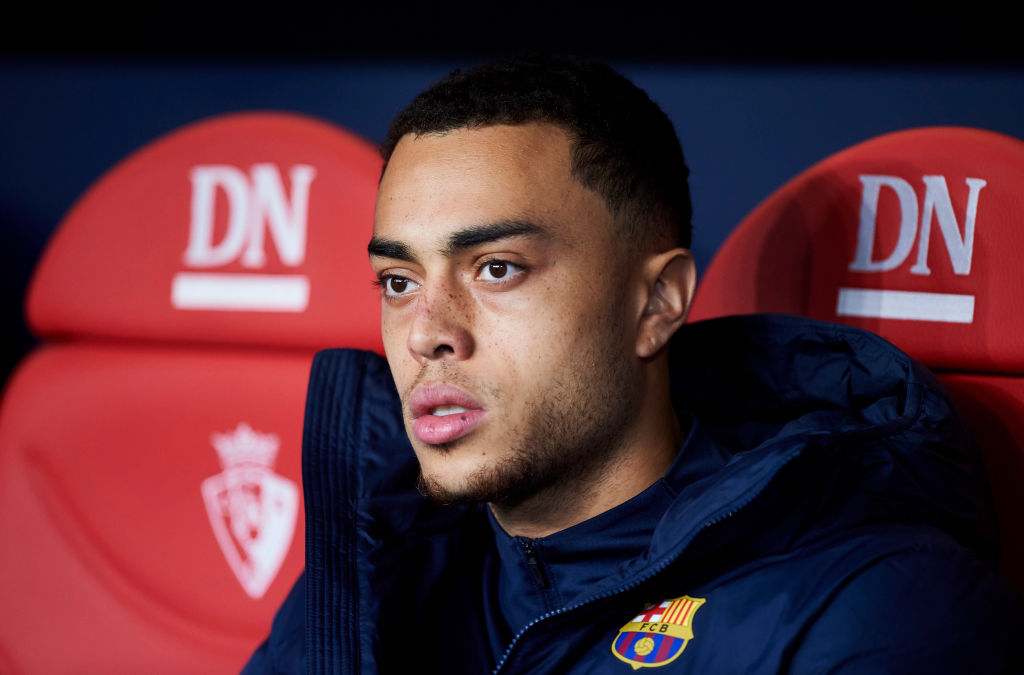 Chelsea are set for disappointment in their pursuit of Sergino Dest, with the right-back reportedly determined to fight for his future at Barcelona.

Dest swapped boyhood club Ajax for Barcelona back in October 2020 and the 21-year-old has gone on to make 57 appearances for the La Liga giants in all competitions.

But fitness problems plus intense competition for minutes at full-back mean Dest has struggled to get a consistent run of games under his belt in a frustrating start to his stay at the Camp Nou.

Recent reports emanating from Spain indicated Barcelona could be open to the prospect of cashing in on Dest, with Chelsea, Atletico Madrid and Bayern Munich all credited with a strong interest in the United States international.

However, according to Catalan publication Sport, Dest is not even contemplating a January move as he is convinced he can succeed and become a key player in the second half of the campaign under newly-appointed head coach Xavi.

It’s claimed the Dutch-born American remains fully focussed on overcoming Covid-19 – after testing positive for the virus prior to Barca’s clash with Mallorca – and is intent on putting his persistent back problems behind him.

Many feared for Dest’s future following the return of club legend Dani Alves, with the veteran Brazilian putting pen to paper on a six-month deal with the Blaugrana.

But Dest has proven his versatility and is equally comfortable in a more advanced position on either flank which will likely boost his first-team opportunities going forward.

Barcelona are well stocked at right-back given Xavi also has Oscar Mingueza, Ronald Araujo and Sergi Roberto at his disposal.

Speaking to TZ just last week, Dest’s agent, Herr Bliemeister, suggested his client had no shortage of potential suitors should he decide for a new challenge away from Barcelona.

‘He has attracted a lot of interest, even in the summer he had a lot of offers,’ he said.

‘However, his coach at the time, Ronald Koeman, really wanted to keep him. How things will go on now we will have to see.

‘One thing is clear, a player like Sergino Dest is definitely not lacking in options.’