Barcelona haven’t given up on their pursuit of bringing Paris Saint-Germain star Neymar back to the Nou Camp. And despite past failed attempts they are now considering including Antoine Griezmann in a swap-deal in order to get a summer transfer agreed.

The Catalan giants failed to get a deal completed last summer for Neymar, as they were unable to reach an agreement with PSG before the transfer window closed.

However, Barcelona president Josep Maria Bartomeu hasn’t given up hope of reuniting Neymar with Lionel Messi and is considering selling at least one of the club’s star players to make it happen.

According to Spanish publication Deportes Cuatro, several members of the Barcelona board are contemplating including Griezmann and/or Ousmane Dembele  in a potential deal that would see Neymar return to the Catalan giants.

Neymar left Barca in a record-breaking €222million (£200m) move to PSG in 2017, but after spending just three years in France the Brazilian appears keen on securing a move away from Paris. 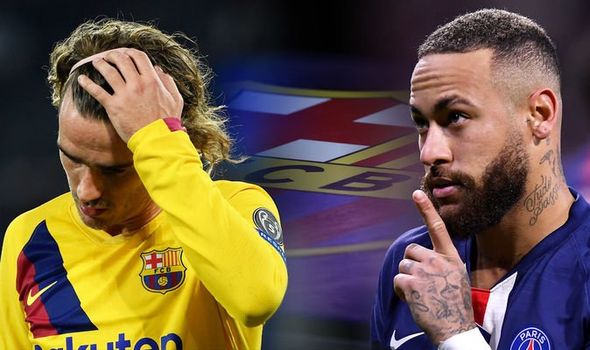 And while injuries haven’t significantly limited his appearances for the Ligue 1 club, Neymar has still managed to score 68 goals and provide 39 assists in just 79 appearances.

However, PSG have failed miserably in their quest to win the Champions League, with Neymar missing crucial games in the competitions over the past few seasons.

His was injured for the second-leg in the 2017/18 season loss to Real Madrid and missed both legs in their dramatic loss to Manchester United in the last-16 round last season.

If Barcelona included Griezmann in the deal the wages they would be taking off the books would help pave the way for Neymar’s arrival.

The 28-year-old Frenchman is one of the highest earners at the club, since he secured his £107m (€120m) move from Atletico Madrid last summer.

However, the striker has received his fair share of criticism for his performances on the pitch this season, after scoring 14 goals and providing four assists in 36 appearances in all competitions.

Another player who could be included in a deal to sign Neymar is Dembele.

The 22-year-old is currently sidelined with a hamstring injury and is not expected back for around six months after having an operation to rectify the problem. 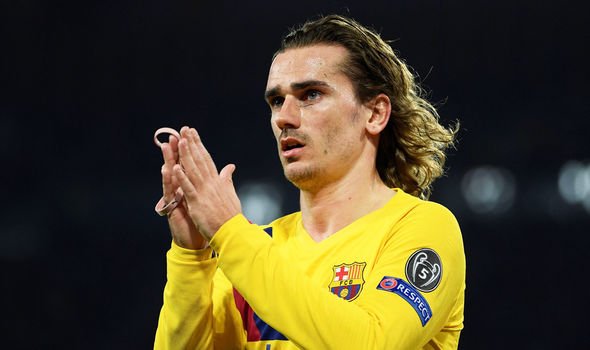 The injury-prone winger has only managed nine appearances in all competitions for Barca this campaign and might be tempted with a return to France to reignite his career.

Barca signed Dembele from Borussia Dortmund in 2017 in a deal worth £135.5m, but the youngster has only gone on to score 19 goals and provide 17 assists in 74 appearances for the club.

Barca are weary of staying on the right side of Financial Fair Play regulations, especially given Manchester City’s recent ban.

And while a straight cash transfer for Neymar appears to be unaffordable for the Spanish club a player-swap deal might be the best way that can see the Brazilian return to Catalonia.