Barcelona are ready to let Frenkie de Jong leave the Nou Camp for £75m in January, with Manchester City a possible destination, according to reports.

The LaLiga giants are hoping to rebuild from the rubble under new boss Xavi but are in a dire situation financially so they could be forced to push through player sales before they can bring in fresh recruits – with the coach keen to revamp the squad.

And De Jong could be the first player out the door to raise funds, as reported by Spanish TV channel El Chiringuito, with Barcelona believing he represents their strongest chance of raking in the most money. 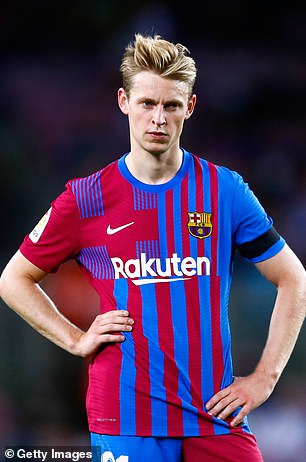 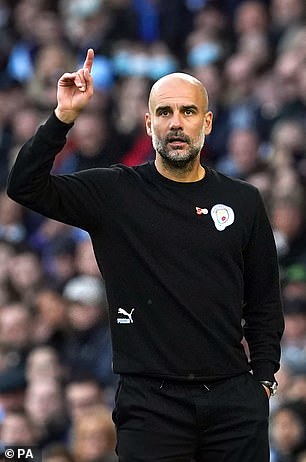 The report suggests Man City could be one of many interested parties in De Jong, with Pep Guardiola looking for a midfield player who can slot seemingly into his possession-based system.

Last month alternative reports claimed he was even willing to do a swap deal involving Raheem Sterling.

The 24-year-old only joined Barcelona in 2019-20 and was seen as a player the club could build their future around, and the Dutchman has since featured more than 100 times for the Catalans.

He has been a key player under previous boss Ronald Koeman and Xavi has already made it clear that he is a big fan of the centre mid. 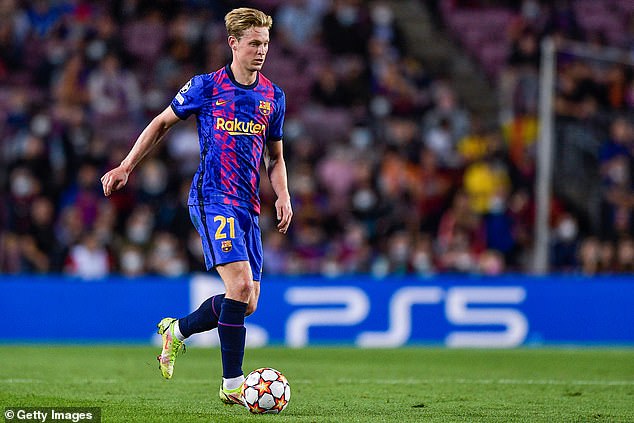 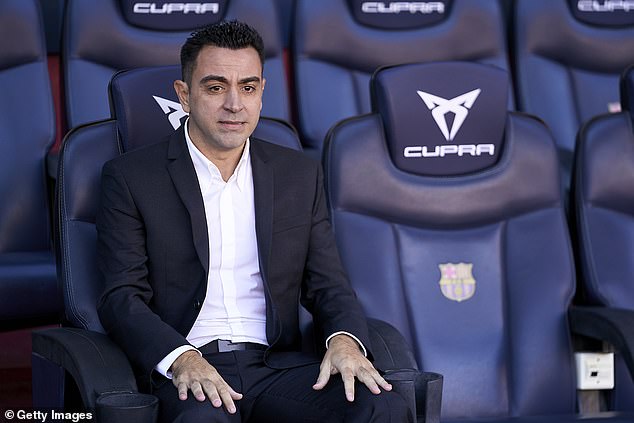 ‘He is an extraordinary player, he is not afraid to receive the ball in difficult areas, to turn around.

‘He needs time to adapt, it is another culture. It is a big club. Frenkie de Jong is Frenkie de Jong. It has nothing to do with it, neither with me, nor with Iniesta nor with Busquets.

‘He is a very capable footballer, he is going to be the organizer of this generation from the Netherlands. He is very capable of doing it.

‘He has a very good generation and he is going to achieve great things.’