Aston Villa have sacked manager Dean Smith after their defeat by Southampton on Friday, which leaves them 15th in the Premier League table.

Smith took over as Villa manager in 2018 and led the club out of the Championship and into the Premier League. They finished 11th last season but have endured a slide in the current campaign – the defeat at St Mary’s was their fifth straight loss and their 18th Premier League loss in the calendar year.

Villa lost key man Jack Grealish to Manchester City in the summer and an array of new signings are still continuing to adapt to life at Villa Park. 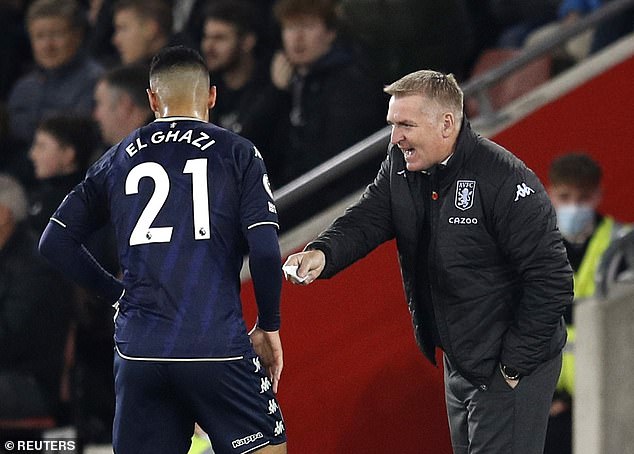 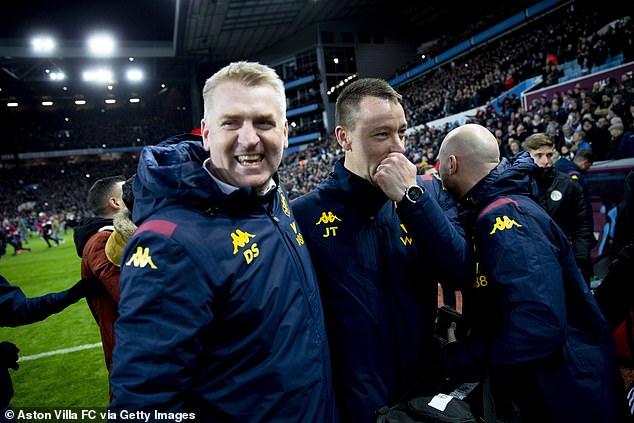 In his three years at Villa, Smith led the club from the Championship to the Premier League

Villa CEO Christian Purslow said in a statement on Sunday: ‘When Dean joined us in October 2018 our team was really struggling in The Championship.

‘He immediately transformed the atmosphere and performances and achieved the ultimate success of leading Villa back to the Premier League within the same season – a rare feat.

‘He then secured our place in the Premier League after a tough campaign and took us to a Cup Final at Wembley.

‘However, after a good start to last season, this year we have not seen the continuous improvement in results, performances and league position which we have all been looking for.

‘For this reason we have decided to make a change now to allow time for a new head coach to make an impact.

‘The board would like to sincerely thank Dean for his many excellent achievements, on and off the pitch, during this time. Everyone knows how much Aston Villa means to Dean and his family.

‘He has represented the club with distinction and dignity – universally liked and respected by everybody associated with Aston Villa – our staff, players and supporters alike. We wish him the very best.’

Grealish also paid tribute to Smith, saying: ‘No1 will ever compare – the real goat’. 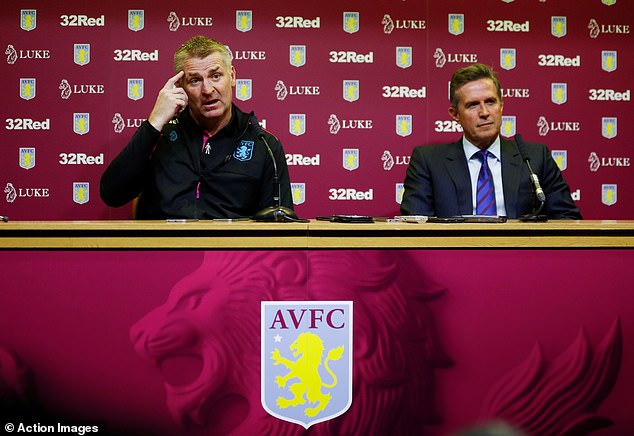 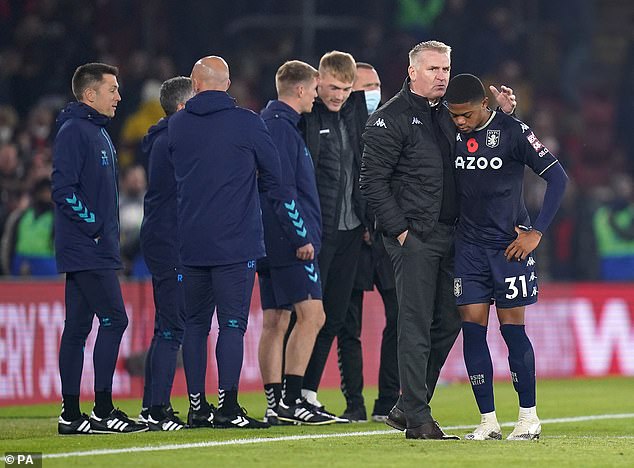 Villa will now search for Smith’s replacement over the international break.

Reacting to the news on Sky Sports, Jamie Carragher said: ‘We all felt it going into the Friday night game.

‘It’s interesting with managers. If a manager feels his goalkeeper or striker’s not good enough, he’ll change them. Now clubs look at managers like that.

‘In the past it had to be really bad to sack the manager. That’s what it feels like with Manchester United, they’re waiting for it to get that bad.

‘Villa obviously feel they can get someone better than Dean Smith – he did really well last season! In the past you’d get a run of 10 bad games. The international break is an absolute killer for managers.’