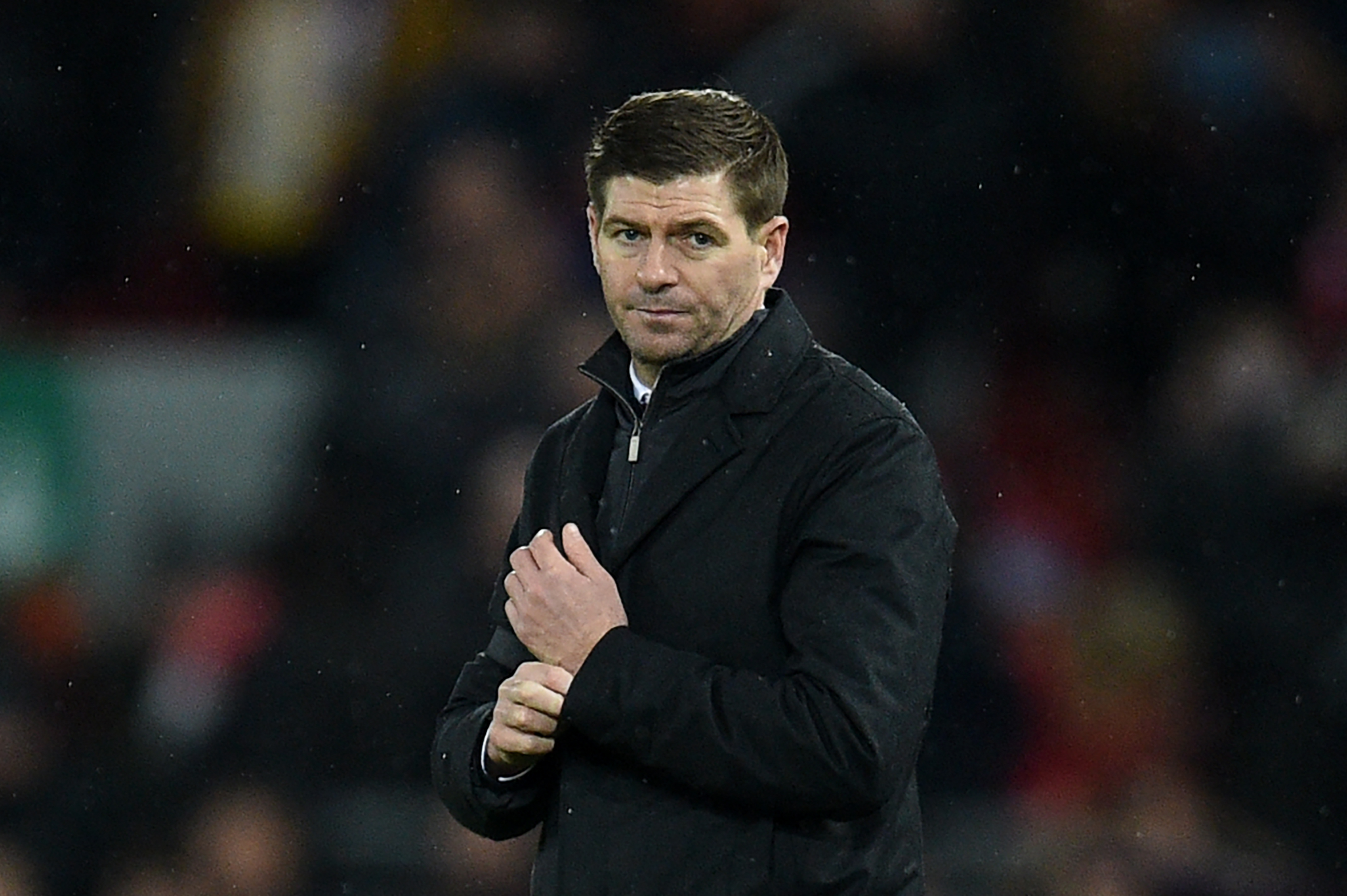 Steven Gerrard was left frustrated his Aston Villa side lost to a ‘soft penalty’ on his return to Anfield.

On what was an emotional return to the club Gerrard spent the majority of his playing career at, he admitted his frustrations after defender Tyrone Mings was penalised for bringing down Salah in the box.

He claimed the Egyptian fouled Mings first in the collision with some suggestions Salah kicked Mings’ foot causing him to go down and take out Salah in the process.

‘I thought Liverpool were better in terms of general play. Their style was better than ours, but we’ve done so well to contain them for large periods,’ he said.

‘Ultimately the game has been decided by a penalty. There were two penalty incidents in the game, Liverpool got theirs – if you look at that one, Salah fouls Mings first.

‘It’s always hard to take when you lose football matches. We knew it was going to be a containing job.

‘You have to ride the first 20-25 minutes against sides like this. We finished the game stronger, with more belief and some good opportunities.’

Substitute Danny Ings almost took advantage of a late mix-up between Liverpool keeper Alisson and Joel Matip which left Villa fans screaming for a penalty but referee Stuart Atwell waved away their appeals.

‘If an arm goes anywhere near Alisson, it’s a foul. So why isn’t a foul given for Danny Ings?’ Gerrard added. ‘They are the questions I’d like answering, but I can’t answer them right now.

‘In hindsight I should have thrown a bit more at it a bit earlier, but you have to be careful Liverpool don’t hit you for two, three or four.

‘We’ve lost to a soft penalty because if you watch it properly, Tyrone’s been fouled first. The disappointing thing is that the referee hasn’t gone to look at it.

‘In terms of commitment and application, I couldn’t be more pleased and proud.

‘We have a tough game at Norwich in midweek. It’s an opportunity for us to go there, bounce back and get a positive result.’