Mikel Arteta admitted watching the humdinger between Manchester City and Real Madrid has made him even more determined to get Arsenal back into the Champions League.

Arteta’s mentor Pep Guardiola last week saw his side edge out a seven-goal thriller in their semi-final first leg.

‘The level and the quality that these games are played at is just incredible,’ said Arteta. ‘It’s getting better every single year. You look at the game we all watched between City and Real Madrid, it was absolutely phenomenal. The week before it was the same. We want to be there.’ 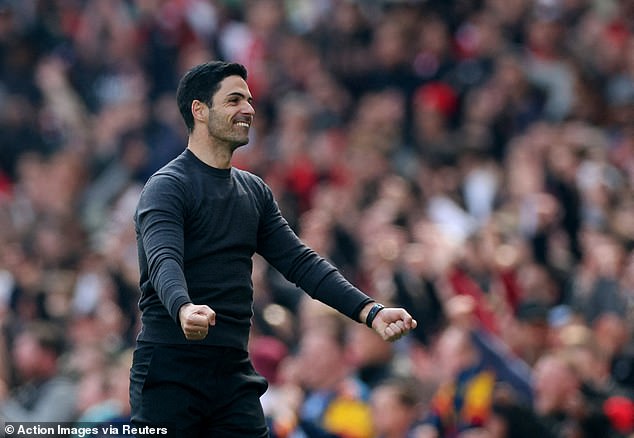 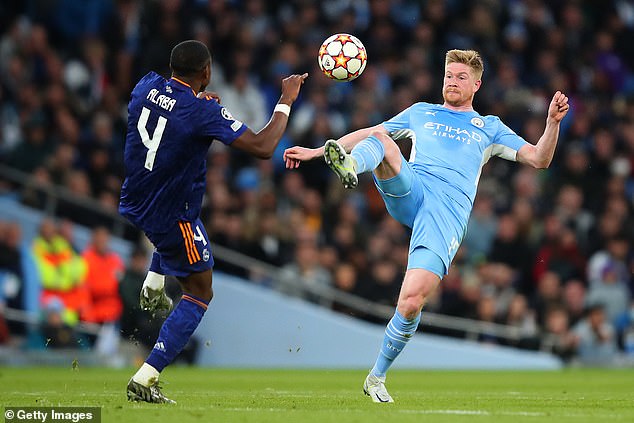 Arsenal hold a two-point advantage over North London rivals Tottenham heading into their trip to West Ham as the club looks to secure Champions League football for the first time in five years.

It’s not just Guardiola who Arteta has learned from, having been assistant manager at City before his move to Arsenal, but also the man in the opposite dressing room this afternoon in David Moyes.

Arteta played under Moyes for six years at Everton from 2005 to 2011 before joining Arsenal as a player.

‘I learned a lot,’ added Arteta. ‘He was a key figure in my career as a player and someone that I look back at and try to take a lot of things as a manager. 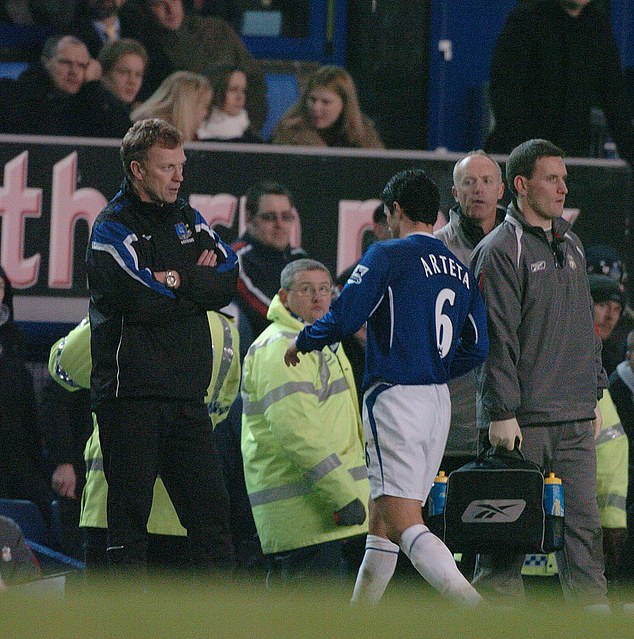 ‘What he created at Everton in that dressing room was absolutely phenomenal because the level of ability we had, it wasn’t the level of the success we achieved, that’s for sure.’

One of those aspects is trust in youth. Arsenal boast the youngest average age in the Premier League this season.

‘The similarity is the environment. They can have the talent, then they need the trust of the manager and the coaching staff, that are willing to take the risk with them. That’s one thing that’s very important.

‘The second thing is they need the right environment in terms of support, to give them confidence, the right senior players, and an environment where they feel safe and able, on some occasions, fail, and come back and try again.’ 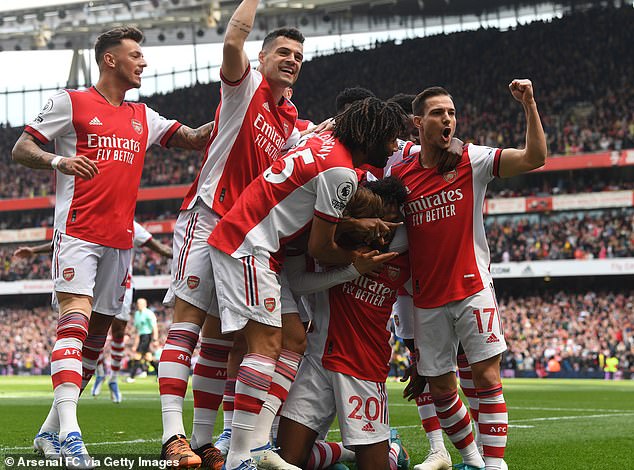 While he believes Moyes has mellowed with age, especially on the touchline, he admits he has a long way to go to keep his own emotions in check.

‘Maturity and experience – age brings a lot of things. He is a bit different to how he was before, that’s for sure. But David has his character and he’s able to use it in a lot of different ways.

‘Hopefully [I calm down]. I don’t want to get worse than I am now, that’s for sure!’