Arsenal striker Pierre-Emerick Aubameyang has dropped a major hint that he could stay at the club beyond the summer, insisting that he is “proud” to play for the Gunners. Aubameyang’s long-term future is uncertain with a little over 12 months left on his contract at the Emirates.

The Gabon international is Arsenal’s best player and their most important, having scored 20 goals in 32 games across all competitions this season.

He is the joint-highest scorer in the league having netted 17 times as he looks to defend his Golden Boot, which he shared with Liverpool pair Mohamed Salah and Sadio Mane last season.

But if he does not sign a new contract, Arsenal may be forced to sell him in the summer to avoid losing him for nothing a year later.

Selling the 30-year-old could pocket the north London outfit as much as £60million, which would go some way to helping Mikel Arteta rebuild other areas of the squad, particularly the defence and the midfield. 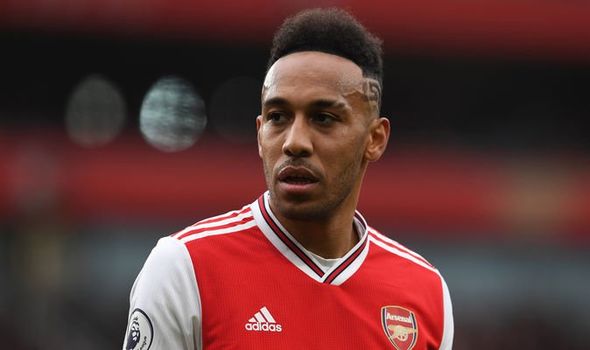 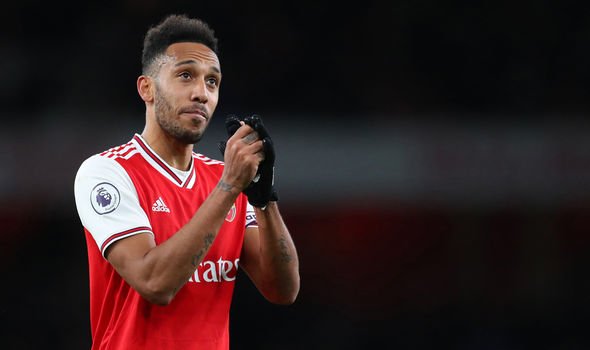 But Aubameyang has dropped a hint that he could well pen an extension to stay in the English capital.

The former Borussia Dortmund frontman, speaking of his last-minute miss in the Gunners’ Europa League exit to Olympiakos, said: “I had the chance to score and I miss, so I was feeling like, ‘Okay now it’s my fault’, but I think this is human.

“That’s why I was really devastated. I was sleeping really late at night thinking about it.

“At the end, I feel proud to be a football player for Arsenal. We keep going.”

The Daily Mail, however, claim Aubameyang wants £300,000 a week to stay at the Emirates.

That would represent a 30 per cent increase on his current pay-packet, which earns him £200,000 a week when all of his bonus targets are met.

Arsenal, if they do not qualify for next season’s Champions League, will surely not be able to offer him such an increase unless they were to offload other players and not replace them.

Arteta, however, is desperate to keep his top goalscorer and said last month: “I’m so happy with him because as a captain he is a great example to everybody else.

“To work the way he works defensively, he is a very good captain.

“Other clubs are right to want him but hopefully we can convince him this is the right place for him.

“He is very much part of what we’re trying to build and he is of this mindset.

“Once I knew physically he could do it, it was just about him doing it every three days.

“He has big expectations and we have to support him as a club and that’s the challenge we have.

“He needs to feel fulfilled. We are not that good to allow some players not to do that (not work defensively).”

The Spanish boss added this week: “For me it is very easy. I want to keep him under any circumstances.

“We will see the intentions that we have and his intentions.

“Where we are sitting in the table at that moment. I think it is difficult to predict that context right now.”