Martin Odegaard has reportedly instructed his agent to begin negotiations with Arsenal over a permanent transfer from Real Madrid. The Norwegian is loving life in north London having arrived on loan from Los Blancos back in January in search of regular game time.

It’s been a huge week for Odegaard, who is now making big strides under Mikel Arteta.

He fired a stunner from range in the 3-1 Europa League win at Olympiakos, his first goal in Arsenal colours.

Odegaard then followed it up with a crucial equaliser in the north London derby victory over Tottenham last weekend.

Arteta has been impressed by the Scandinavian talent’s attitude and work on the training pitch at London Colney. 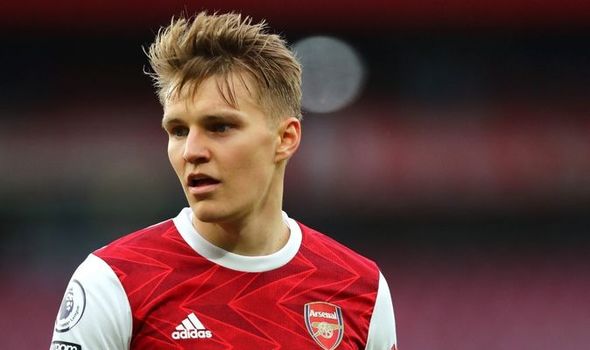 His displays have seen him become a focal point in the side, which now seems to be functioning more freely since Odegaard’s inclusion.

Arsenal want to make the deal permanent at the end of the season but Real Madrid are yet to make a decision on the player’s future.

But according to Spanish outlet El Gol Digital, Odegaard has now told his agent to try and make it happen.

He is very much enjoying feeling cherished by his manager, something that was not the case under Zinedine Zidane.

In Madrid, Odegaard struggled to keep his place in the side whenever handed an opportunity.

Arteta was full of praise for his playmaker when asked how he would assess his first two months at the club.

“I think everybody has been really impressed with how quickly he adapted, how professional he is, how quickly he engaged with everybody and the performances he is putting in as well,” Arteta said ahead of the second leg against Olympiakos. 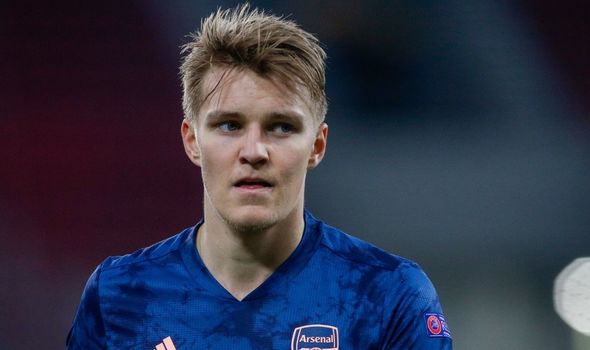 “I think his understanding of what we want is excellent. His work rate has been phenomenal and he’s doing something which in my opinion he could improve a lot, which is getting in the opponents’ box and being more decisive in the scoreline.

“He’s doing that, he’s scored two goals, he’s got some really important entrances in the zone and he looks all the time really dangerous.

“It’s something that if he adds that to his game he becomes a real complete player.”

It has also been suggested that Real Madrid could look to keep Odegaard, in a bid to lure Erling Haaland to the Bernabeu.