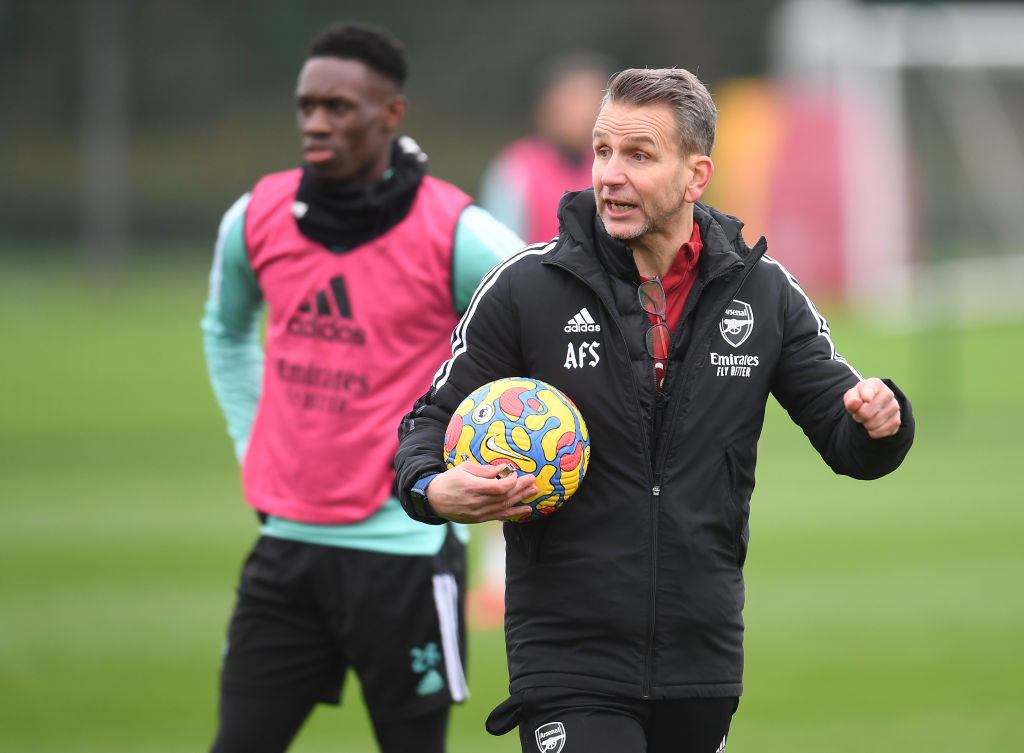 Arsenal’s preparations for their New Year’s Day clash with Manchester City have been further disrupted with several of Mikel Arteta’s assistants unlikely to be unable to sit on the bench.

The Arsenal manager will miss the game after the club confirmed he had contracted Covid-19 for a second time, after he caught the disease back in March 2020, the case which effectively triggered the three-month shutdown of the Premier League.

According to the Daily Telegraph, several members of Arteta’s support staff have also tested positive meaning the Gunners are likely to be left with a skeleton staff ahead of their showdown with the Premier League leaders.

Arteta’s No.2, Steve Round, missed the Boxing Day win at Norwich, while Allbert Stuivenburg took charge of Wednesday’s training session at London Colney.

First choice right-back Takehiro Tomiyasu also missed the resounding 5-0 victory at Carrow Road and wasn’t pictured with the rest of his teammates yesterday.

The disruption if far from ideal for the Gunners who are arguably in the midst of their best run of form since Arteta’s appointment just over two years ago.

City boss Pep Guardiola told Arsenal fans to keep patience with his former assistant when he was at his lowest ebb following a 5-0 defeat at the Etihad Stadium earlier this season and the Spaniard is not surprised to see the north London club showing significant signs of progress.

‘We have a game in London against Arsenal, maybe one of the top teams right now,’ he said following last night’s 1-0 win over Brentford. ‘The best Arsenal in the last four or five years.

‘I cannot say more than congratulations to the team but we must focus.’