Arsenal have been dealt a huge blow after it was confirmed that midfielder Lucas Torreira had fractured his right ankle during the victory over Portsmouth.

Torreira was taken off on a stretcher early on during the 2-0 victory at Fratton Park following a crunching tackle from Portsmouth’s James Bolton.

And on Thursday morning, the Gunners confirmed the injury was serious, which will come as a massive blow in the club’s hunt for a Champions League spot. 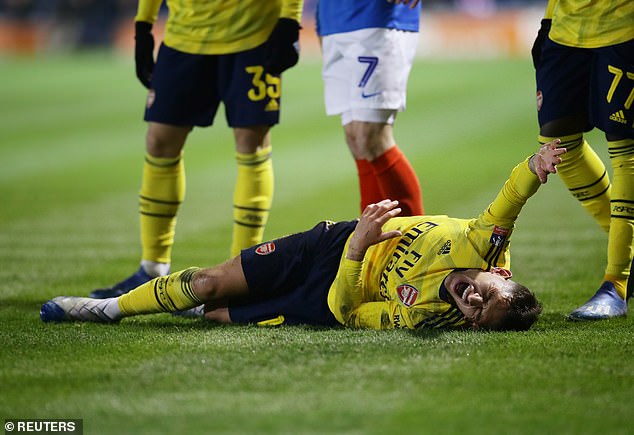 No return date has been set yet but Arsenal said on their website on Thursday: ‘Awaiting further specialist reviews which will determine recovery plan.’

The Uruguayan left the stadium on crutches and on Wednesday, Torreira posted a video on Instagram of him working out in the gym while wearing a protective boot.

After the final whistle on Monday, Portsmouth defender Bolton claimed he had no regrets over his challenge but did wish a speedy recovery to the Arsenal star.

‘It was a great tackle,’ Bolton told the BBC on Monday night. ‘I timed it really well but it’s never nice to see someone down. I hope he’s okay.’ 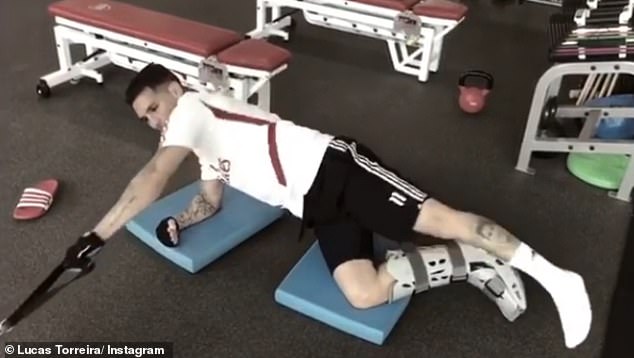