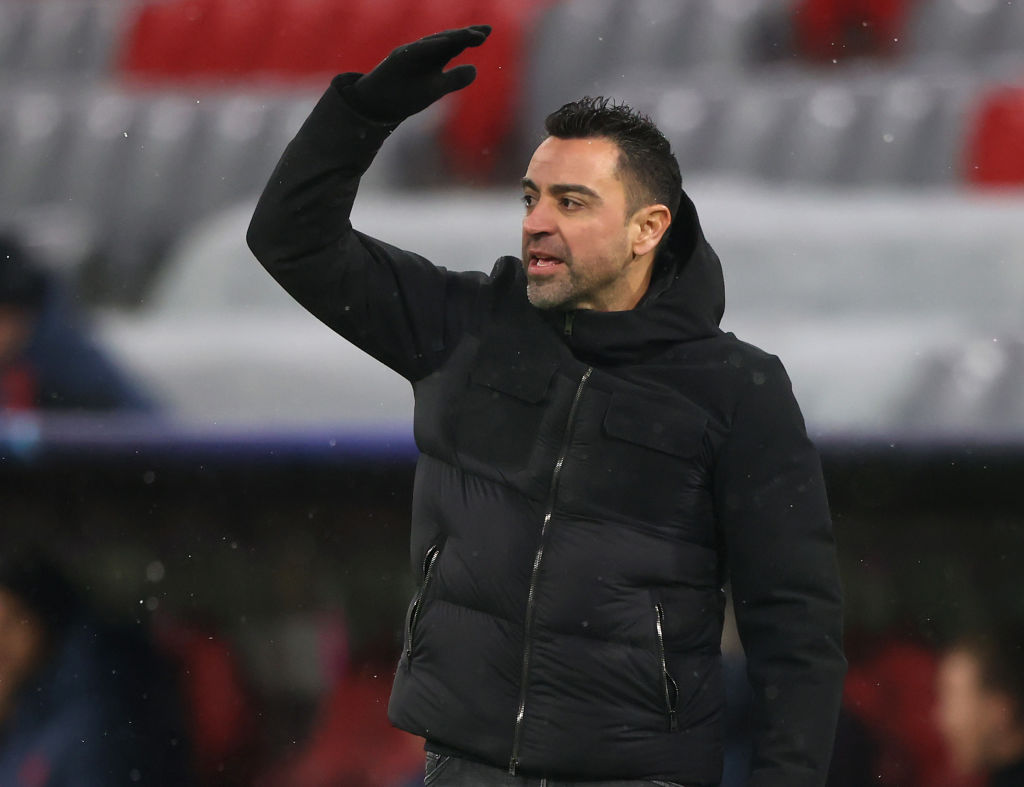 Barcelona boss Xavi was furious after his side failed to qualify for the knockout stages of the Champions League for the first time in 17 years but has vowed to win the Europa League.

The Catalan giants had made the last 16 of the competition every year since 2005 and had not been dumped out at the group stage since the 2000-01 campaign.

They needed to match Benfica’s result in order to progress but gave a limp display against Bayern Munich on Wednesday night, conceding first-half goals from Thomas Muller and Leroy Sane before Jamal Musiala got on the scoresheet in the second half to wrap up a 3-0 win.

Barca’s European campaign will now continue in the Europa League and Xavi was fuming with his side’s passive performance against Bayern.

Speaking after the game, the Spanish coach said: ‘We didn’t compete. I told the players that today was a new beginning, a turning point, that we couldn’t afford to be in the Europa League.

‘Barca don’t deserve this. I don’t like this reality that we’re living. I am angry because this is now our reality, and it p***es me off.

‘But we have to accept it, take it on, we’ve no other option.

‘We have to change many things. We have to start from zero and work very hard to get Barca back to where we belong, which is not the Europa League.’

On how he will approach the Europa League, Xavi replied: ‘It’s our reality and now we have to go and win it. This is Barca’s goal, to win every game and win all the titles.’

Addressing his side’s performance against Bayern, he added: ‘3-0 is a fair result. They were better today, superior. We tried, pressed high, tried to keep the ball from them. But they overcame us, that is the reality, the rough reality that we have to deal with at the moment.’