Under normal circumstances, the world champions heading into a major tournament off the back of losing their double World Cup winning head coach would leave a sense of opportunity floating through the air for the chasing pack.

The Tokyo Olympics in July will be the first tournament in eight years the US women’s national team have headed into without Portsmouth-born Jill Ellis at the helm, the 53-year-old having stepped down weeks after leading the US to a second successive World Cup last summer.

So, what do you get the team that’s won everything? The person who is best placed to continue such success, obviously.

It’s been left to Macedonian maestro Vlatko Andonovski, a man who once set foot as a player in the European Cup, to lead Megan Rapinoe, Carli Lloyd, Rose Lavelle and co into a brave new era.

There was little doubt among the regular followers of women’s football that Andonovski was the right man to replace Ellis, his record speaks for itself.

He led FC Kansas City to successive NWSL titles in 2014 and 2015 before replacing now USA women’s Under 20 head coach Laura Harvey at Seattle Reign in 2017.

The 43-year-old was unable to add to his tally of titles, but won the NWSL Coach of the Year honour for a second time last year after leading an injury-stricken Reign side also affected by the loss of players such as Rapinoe to the World Cup to the end of season play-offs.

Strangely, despite a new head coach and a talented player pool deeper than most nations could ever hope for, it doesn’t feel like the start of a transition at all.

The decoration has changed but the house has remained intact. The US have won all of their opening six games under Andonovski, conceding in only the first against Sweden.

The side which now bears four stars on its shirt breezed through Olympic qualifiers without conceding a single goal, culminating in a comfortable 3-0 victory over rivals Canada in the final.

The stars remain the same. Rapinoe, Lloyd and Lavelle are still integral cogs of a now overly well-oiled machine. Christen Press, Lindsey Horan, Becky Sauerbrunn and Julie Ertz continue to play important roles and in truth, we shouldn’t be surprised.

As the US look to win back the SheBelieves Cup from England on home turf, the priorities of all four competing sides will differ ahead as the countdown to Tokyo continues.

For England, head coach Phil Neville is beginning a period of development for his young stars with an eye to their home European Championships next year.

It’s a position Japan found themselves in 12 months ago when Asako Takakura took an experimental squad to the USA to prepare her players for their own home tournament, which once again at the time was 18 months away.

Spain are the newcomers and pushed USA hard in France last summer, beaten only by two Rapinoe penalty kicks. But for the USA, winning is compulsory, whatever the tournament. But behind the changes and the fact SheBelieves is and always has been a friendly tournament, there is no bemusement to the fact Andonovski has been unwilling to change a winning team, bar the pregnant Alex Morgan. 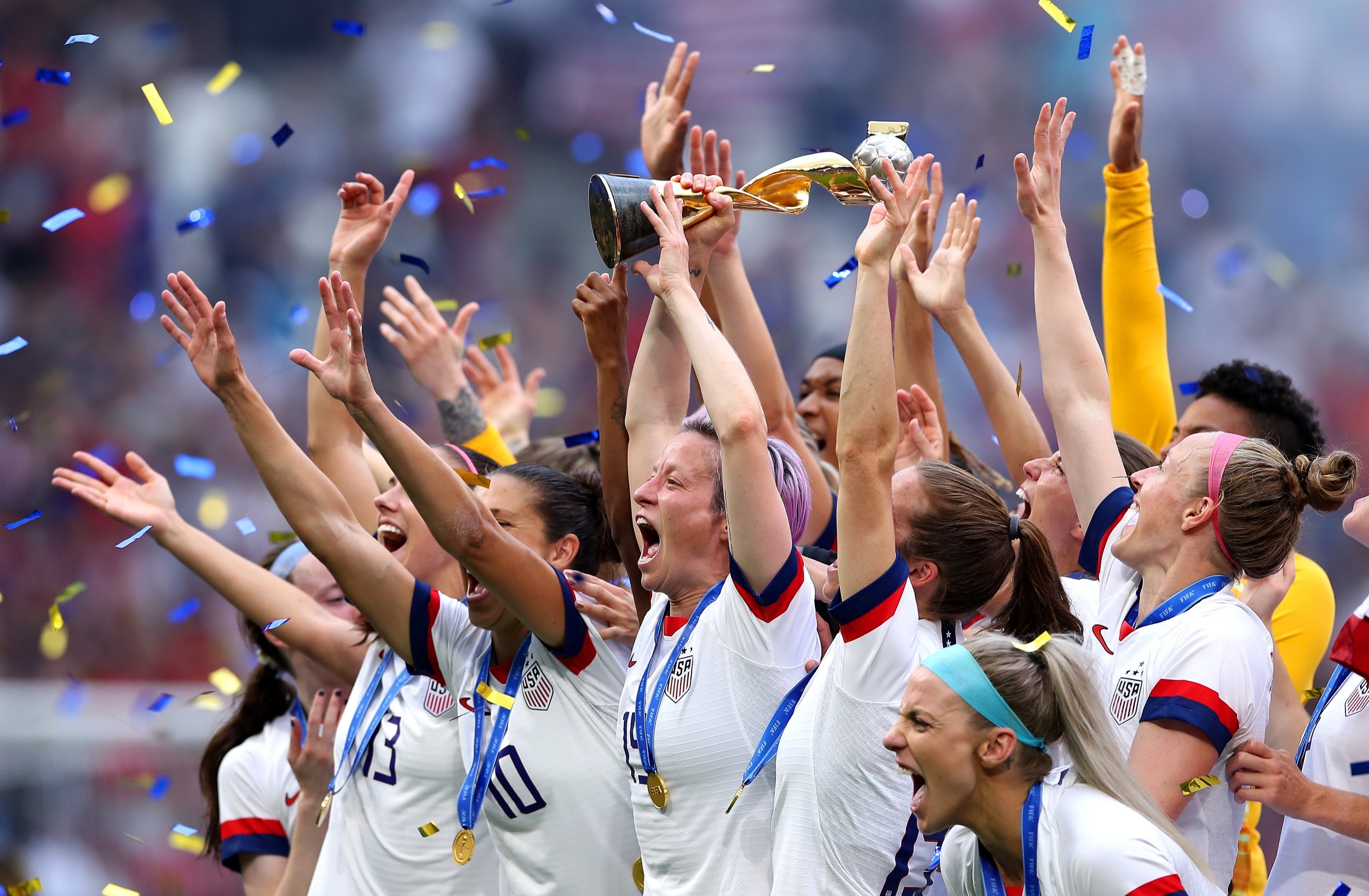 Ellis did what was required of her and guided the team to back-to-back World Cups, with her only failure occurring four years ago in Rio when the US were beaten on penalties by Sweden in the Olympic quarter-final.

That failure has ensured there will be no transition year for the US. No eyes towards the 2023 World Cup and defending their title for a third time, gold is all that will be on their minds as the clock ticks down towards July.

It’s why Andonovski earlier this week chose to cut Jane Campbell, Jordan DiBiasi and Midge Purce from his SheBelieves squad, the trio having earned just four caps between them so far.

It means the USA’s SheBelieves Cup squad features only three changes from the 23 which travelled to France with such expectation eight months ago, with Lynn Williams, Casey Short and Andi Sullivan the privileged trio.

While the prospect of change should offer hope, it is hard to see how anybody stops Andonovski and the USA creating more history. Failure just isn’t an option.