Home » Rugby » Sport Thought: The new form of courage may be not to play

Sport Thought: The new form of courage may be not to play

In the report medical examiners released in relation to Graham "Polly" Farmer’s brain was this line: “While we can make no claims of CTE (chronic traumatic encephalopathy) incidence in [Australian rules football] based on this index case, the distinctive and severe pathology is something we have not encountered in our busy clinical practice outside of ex-contact sports players.”

The question about the existence of CTE appears to have been answered, if not here then quite definitively in the US. The next question for football is this: will the risks taken by the courageous players of the sport be considered stupid and irresponsible, or will they be revered more than ever, knowing as we do that the risk is real?

Despite the modern insistence that football is some kind of puzzle to be solved, the whole thing still swings on the abandonment of thought to action, on decisions rather than imagination, and on the present instead of the future. 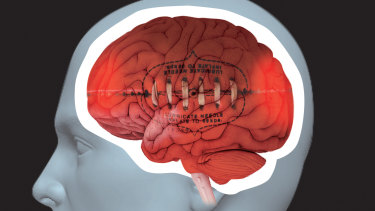 At St Kilda during the early 2000s, Grant Thomas — a coach still cherished as a father figure by his players — would present post-match video reviews as a three part package: things we did well, things we didn’t do well, and every time someone pulled out of a contest. The video would roll, and the players would wait their turn. The question would come: “What happened there?” And, invariably the pathetic answer: “Yeah. I pulled out”.

Not many who played league football were spared this treatment. Even Aaron Hamill, one of the hardest players to ever grace the field, was made to take his turn on the screen. Maguire, an obscenely courageous player himself, recalled one such review involving Hamill, whose head, he explained, had tilted a few degrees while taking a mark, in order to avoid the flying arm of an opponent — an action, one might note, as entirely natural and reasonable.

“What happened there?” Hamill was asked.

Hamill, presumably aware of his own strongman image, refused to concede that he had flinched, and was made to watch the video in slow motion so that all in the room might determine the exact point at which he failed to hold the line of his head, despite taking the mark. At least, this is how Maguire remembers the room, and this, you’ll find, was normal. A comical scene in retrospect that, in the thrust of those years meant everything.

Every player who ever played league football did so under the threat of embarrassment, in one form or another, and there is no faster way to achieve it than by demonstrable cowardice on the field.

Maguire learned the rules of the heart on the field as a child in Barwon Heads, how a player comes to represent an idea of self through the body.

“You had to be courageous,” Maguire said. “How you played was a reflection of who you were as a person. If you went hard for the ball and didn’t deviate you were a trustworthy, reliable person. If you didn’t, you felt that you weren’t.”

Luke Ball used to sit in the rooms before league games and visualise getting carried off by trainers. When the moment came, he felt “mentally prepared” to take risks, and to come back onto the ground after being, in his words, “shit-mixed”.

The requirement for players to sacrifice the body is known as “taking your turn”, and it remains an immense point of pride for a player to have his turn be recognised. You would hear the odd timid player, obviously trying to convince himself of its importance, spout the phrase into the atmosphere during pre-game warm-ups. “Take your turn, boys”.

No one has ever much cared for the footballer’s brain, neither that he might have one capable of functioning in symphony with his body, nor that it might be injured or ruined for the sake of entertainment. The footballer has always been revered for his courage in youth and generally pitied for what he becomes in later life. The language of the game will change, but not this rule.

It’s likely that the new form of courage will be to not play at all.