Home » Rugby » SIR CLIVE WOODWARD: England have their mojo back in the Six Nations

SIR CLIVE WOODWARD: England have their mojo back in the Six Nations

SIR CLIVE WOODWARD: England have their mojo back but please, no more idiotic behaviour… here is my verdict on their Six Nations campaign

England beat Wales 33-30 at Twickenham on Saturday to seal the Triple Crown and keep their Six Nations title hopes alive.

Eddie Jones’ team have bounced back after losing their opener to France.

Here, Sportsmail columnist Sir Clive Woodward looks at the positives, negatives and where there is room for improvement. 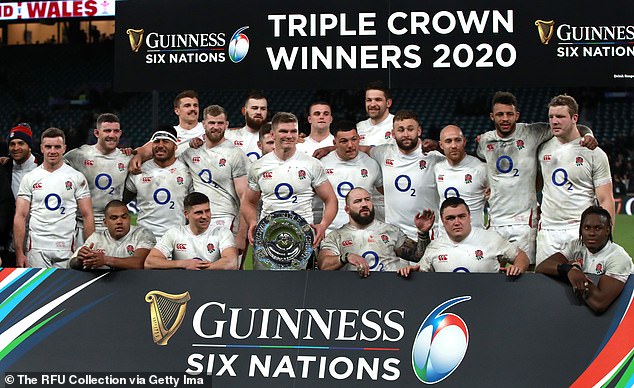 I was really impressed with how England bounced back from their World Cup final disappointment because that will have been difficult.

I wasn’t sensing any real anger and angst over Christmas and the New Year and that surprised me.

I wanted to hear some venting and, yes, some harsh words.

As it happened they allowed themselves just one hangover game — France away — when Eddie Jones picked the wrong side and they simply weren’t at the races but they got their mojo back quickly.

England quarried out a win in difficult conditions in Scotland, dismissed Ireland in the first half and were comfortable winners against Wales despite the misleading scoreline.

Given the quality of their players it is job well done so far but nothing more. 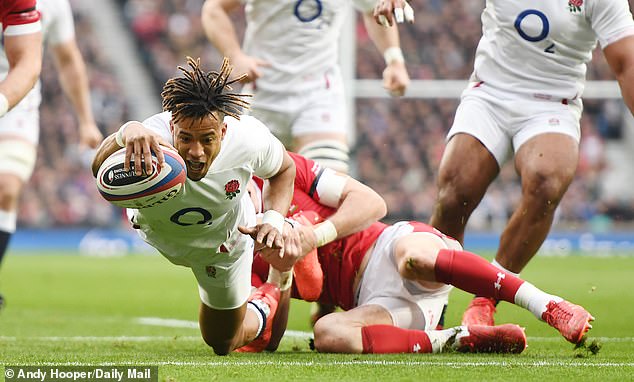 England were comfortable winners against Wales despite the misleading scoreline

The front five were at the heart of England’s effort and will carry them through to the World Cup in 2023. Ellis Genge, whom I much prefer to Joe Marler at loosehead, should start, and along with Jamie George, Kyle Sinckler and Maro Itoje will go all the way to France. The variables are whether Mako Vunipola can get back to where he was last year, and have England seen the last of George Kruis at lock alongside Maro?

The England pack is always better for his presence and at 30 he still has three or four seasons to offer in the top flight. I cannot understand why his reported move to Japan to play four or five months of the year somehow disqualifies him from playing for England. 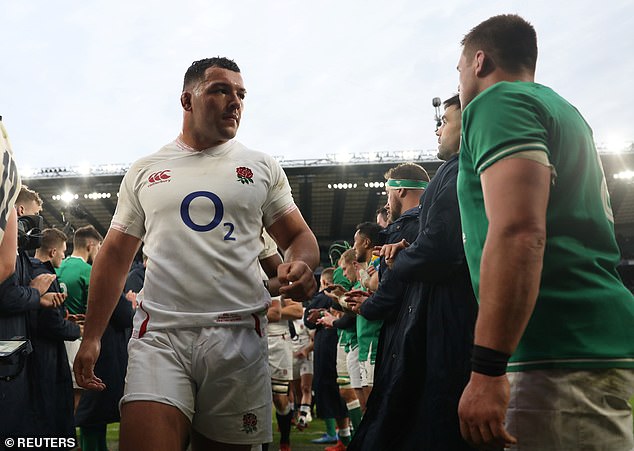 England were very patchy and there were long periods that seemed a little aimless and misdirected, but there were also passages of play that were quite exceptional and they usually centred on brilliant quick handling to put players into space.

We saw it in bursts on Saturday, in fact all three of England’s tries came from clever handling with Owen Farrell, George Ford and Ben Youngs to the fore. England have real pace but what will bring that pace into play more consistently is good handling.

I pride myself on not copying other teams but I loved the little saying which underpins recent great New Zealand sides, namely ‘no d***heads’.

It’s pretty self-explanatory. You can be a great player and, yes, you can be a character and different but don’t go around being a distraction and embarrassment to the team, the shirt and the country. I knew England were in big trouble before the World Cup final when Joe Marler started horsing around at a bizarre press conference with Dan Cole.

That was embarrassing, disrespectful and said much about the team’s mindset. I wouldn’t stand for that and, most importantly, nor should the team.

We saw it again on Saturday with his ridiculous groping at Alun Wyn Jones’ genitalia. Marler was trending all night on Twitter and perhaps he thinks that’s clever and what life is all about but it will interesting to see how the RFU handle this. I know what I would do.

I’m a huge admirer of Genge but he needs to be careful as well with his beer-in-hand post-match interviews and dismissal of media critics as sausages. I winced on Saturday when Nick Mullins on commentary referred to him as something of a cult figure.

Let’s be clear: Genge is a very good young player and has a huge opportunity to be a star but he has achieved nothing yet with England — he’s not even in the starting XV. Be a cult figure by all means but do it by becoming England’s premier loosehead.

It really is time for the players to take a strong hold on this. I would be looking for Owen Farrell and Itoje to show real leadership now both on and off the pitch and make sure England cut this stuff out. 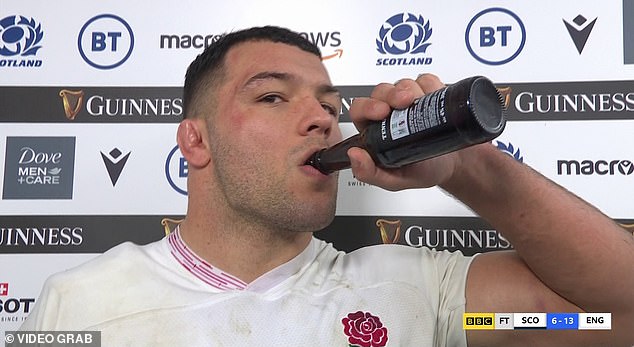 Eddie had too much to say for himself before the France game and it backfired, while he was wrong to make a big issue of the Manu Tuilagi sending-off on Saturday. By the letter and spirit of the law the referee got it right. Manu launched himself recklessly at North and could have caused serious damage.

It wasn’t intentional, it was a last-ditch effort and it wasn’t really a drama. The players shook hands, Manu apologised, short ban, end of story. England do seem to attract needless stories and headlines — Mako Vunipola’s non-availability this week, for example. That could have been avoided with a bit of thought.

England have one huge decision to make and the need for it was underlined by the excellent contribution of Henry Slade at full back when he came on against Wales.

Slade has to be involved but his best position is 13 and for that to happen Farrell will have to move to 10, which has always been his best position, with Manu at 12. So for all that to happen the effective choice is Ford or Slade. It’s one of those calls that makes life so difficult and stressful for coaches because Ford is playing very well but there will come a point when Jones will have to make that call. 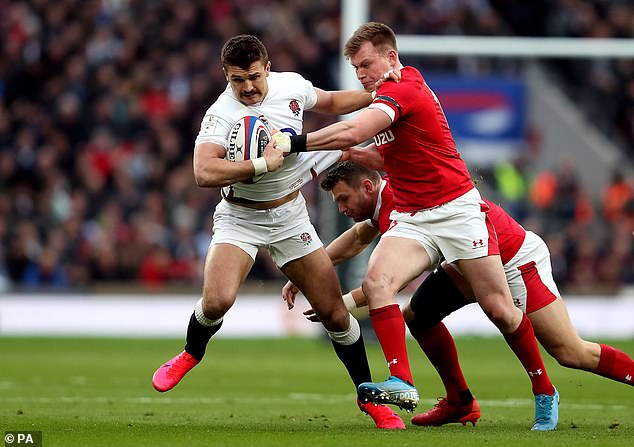 This has been a mixed bag with some good attacking kicking to create tries but some very laboured aerial tennis and box kicking.

My concern here is why are England — and indeed most Test sides — so happy to give up the ball? Possession is everything, it means you run the narrative of the game. I just don’t get this aimless kicking when you are bored or have run out of ideas. Just listening to the crowd on Saturday gave you an idea of how boring this is becoming.

Ben Youngs was brilliant on Saturday and well done to him because he has copped some flak and he can be there for four more years. But who is pushing Youngs hard in such a pivotal position? Willi Heinz is 33 and I don’t see him being around in four years time. Who is the next England scrum-half? 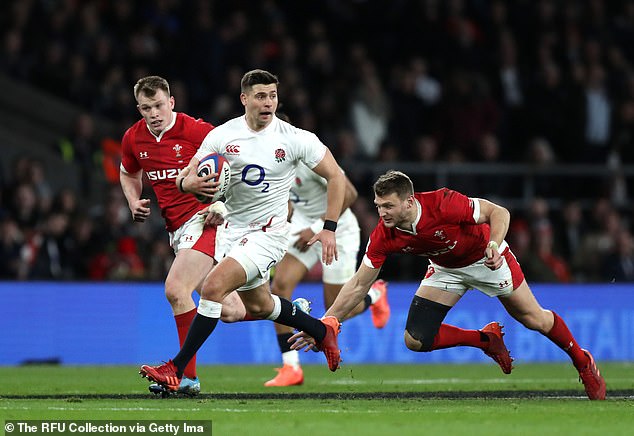 England have gone back to type regarding their power game which normally works in the Six Nations.

But will it work in Pretoria, Auckland, Brisbane and Paris? To move to the next level the combined pace of our back row needs to move to a new level. Do we have the players to make this step-up — yes !