‘I’m just so proud of the players’: England head coach Simon Middleton praises the Red Roses despite their heartbreaking World Cup final defeat to New Zealand… as Sarah Hunter insists she hopes they have ‘inspired the next generation back home’

The Red Roses went down 34-31 at a sold out Eden Park after a late try from the hosts.

It was a sensational effort from Middleton’s side who were reduced to 14 players when Lydia Thompson was shown a red card after just 18 minutes. 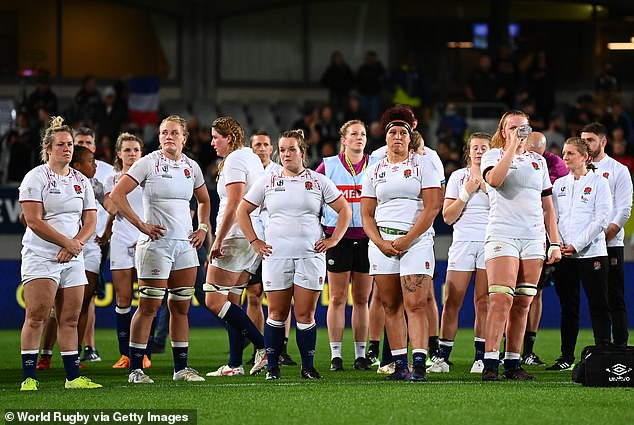 England had previously been on a winning streak of 30 games after they also lost to New Zealand in the previous World Cup final in a cruel blow.

However, despite defeat, Middleton was full of praise for his side.

‘Pride is the overwhelming feeling,’ he told ITV after the game.

‘They gave absolutely everything not just tonight but the 51 days we’ve been here (at the World Cup). And they’ve done nothing but given their absolute best every day.

‘(The red card) didn’t help but it’s tough isn’t it with 14 players  for that long. They played a great game of rugby, put us under a lot of pressure and we put them under pressure. It could’ve gone either way at the end.

‘Overall, I’m just so proud of the players. They couldn’t have given anymore.’ 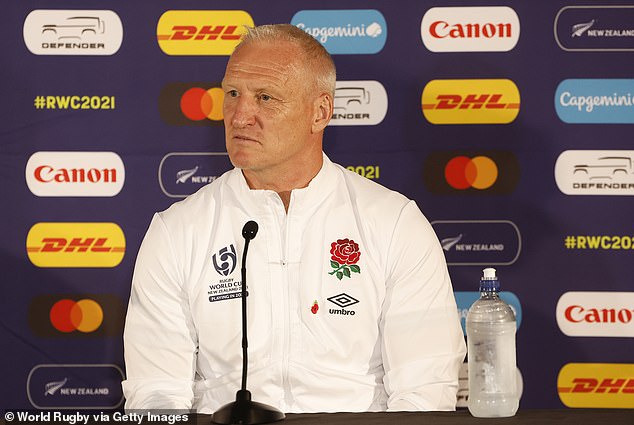 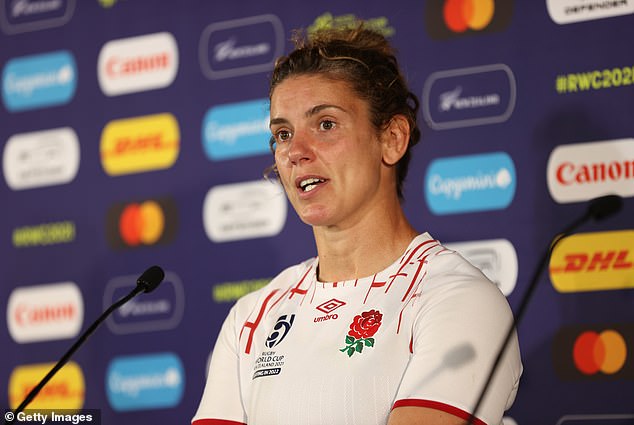 Middleton had said in the build-up to the tournament anything less than a win would be a disappointment.

‘In terms of our goals, it is,’ he added. ‘Talk to any of the players and they’ll say exactly the same.

‘But we won on massive fronts. We wanted to leave these shores a better team than we came. We did 100 per cent. We’ve lost tonight but won massively over the last 51 days.’

‘I’m gutted. I’m so proud of the team, we came out fighting. We had our backs against the wall for 60 minutes but we never gave up.

‘One result doesn’t define the squad that we are, the people we are. Hopefully we have inspired the next generation back home and given themselves something to be proud of.

‘Sport is cruel. Credit to New Zealand, they found a way and they go home as deserved champions. We left no stone unturned, we left everything on the pitch. We are hurting.’