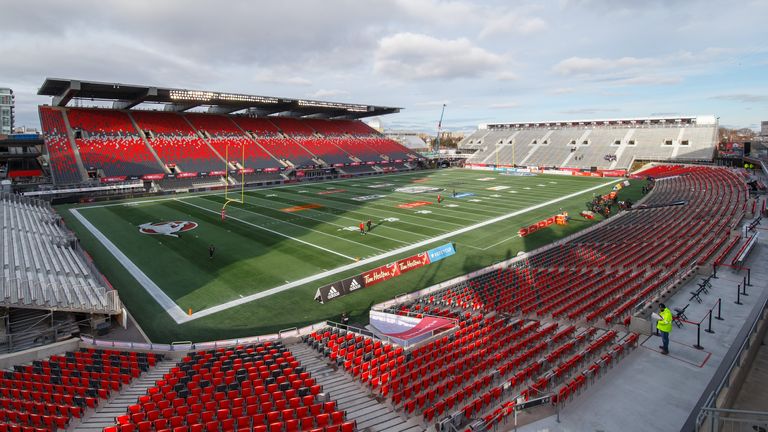 A second Canadian club, Ottawa Aces, has been officially launched, with lofty ambitions to follow Toronto Wolfpack into Super League.

The Rugby Football League confirmed Ottawa’s participation in League One from 2021, while at the same time announcing a 12-month delay for New York because it feels two trips to North America in one season would place unfair demands on part-time players.

The club, which was spawned through a re-location of former League One side Hemel to the Canadian capital, will play home games at the 24,000-capacity TD Place.

Canadian Eric Perez, who founded Toronto in 2016, says the Aces will be full-time from the start and fund all travel and accommodation costs for visiting teams “until collectively we all feel we don’t need to anymore”.

Perez also said the club will have a base in the UK and that former Hemel director of rugby Dean Thomas will have an administrative role.

The team are likely to play blocks of home matches, starting towards the end of March – League One begins later than the Championship and Super League – but have yet to appoint a coach and will wait until the June deadline for out-of-contract players to finalise signings.

The Aces will copy the model of Toronto, who achieved their initial five-year target of reaching Super League with two years to spare, while heeding the lessons of the Wolfpack, who have lost all six top-flight matches so far.

“A five-year plan makes a lot of sense for us, if it takes a bit longer so be it,” Perez said.

“The number one plan is to get into the Championship and hover around the top of the table until we make it into Super League.