Ospreys 13-21 Sale: Sharks off to flier despite conceding 18 penalties

Ospreys 13-21 Sale: Sharks off to a flier in Champions Cup despite conceding EIGHTEEN penalties as Alex Sanderson admits ‘we could have done better’

Alex Sanderson admitted Sale Sharks had bucked a trend by beating Ospreys despite a hefty penalty count going against his team.

Sale, who scored all their points in the first 25 minutes, conceded 18 penalties to the Ospreys’ four but still claimed a Heineken Champions Cup victory in Swansea despite lock Lood De Jager and flanker Ben Curry being sin-binned.

‘I am very happy with the outcome,’ said Sanderson, Sale’s rugby director. ‘I thought there were things we could have done better in terms of our performance — the penalty count, playing with 14 men for nearly 20 minutes. 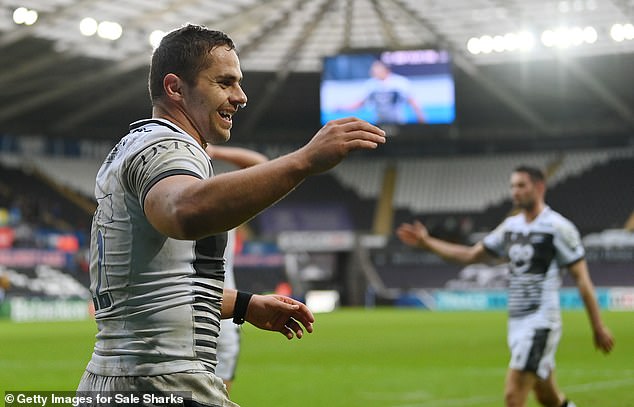 ‘I thought we did the fundamentals very well in the first 25 minutes. We were clinical in the Ospreys’ 22, which is something we had been working on. We were physical in that area and we were back to our best defensively.

‘We saw all of it in that first half, and we couldn’t seem to get a foothold in the second. It was penalty after penalty that led to another yellow card. That penalty count goes against the trend of winning rugby games, really.’

The visitors cruised into a 21-3 lead midway through the first half after tries from centre Rohan Janse Van Rensburg, hooker Ewan Ashman and lock Jean-Luc Du Preez, with AJ MacGinty converting all three scores. 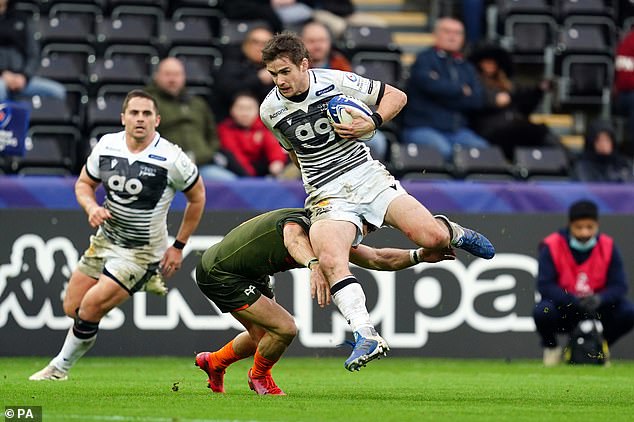 But Ospreys dominated the second period, hitting back through a Luke Morgan try, while Josh Thomas followed Gareth Anscombe’s first-half penalty with a conversion and penalty.

Ospreys’ Wales lock Adam Beard said: ‘It was a tough old game. Sale are a very big, physical side and we knew what was coming today. The second half was a different performance from our guys. We maybe gave them too much in that first half to get back into it.

‘It was about keeping the ball in the second half and keeping our discipline, and we are a much more dangerous team when we do those things.’ 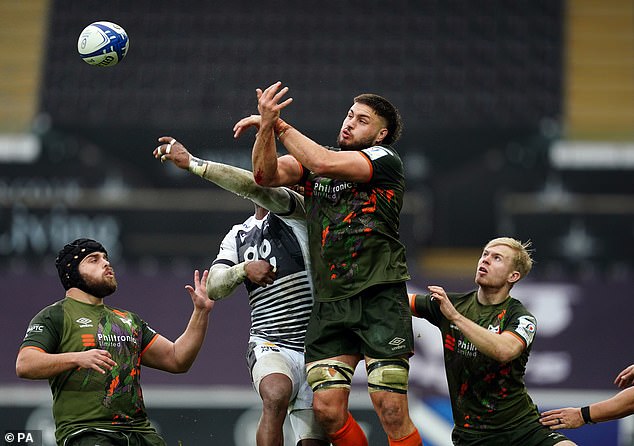 It had been a difficult week for the Ospreys after one of their players, 25-year-old hooker Ifan Phillips, suffered life-changing injuries in a road accident.

In tribute to their colleague, the Ospreys squad all wore shirts with the No 2 and Phillips’ name on the back during the warm-up.

Ospreys head coach Toby Booth said: ‘It is about trying to support in the immediacy, but that support is going to need to continue post-hospital, into the next phase of his life and long-term.

‘We will make a commitment, as the Ospreys, to do that.’