Sale maintained second place in the Gallagher Premiership and moved four points behind Exeter after beating Gloucester 23-17 at Kingsholm.

For fading Gloucester, though, it was a fourth successive league defeat and they have not won in the competition since toppling Bath eight weeks ago.

Prop Fraser Balmain and centre Billy Twelvetrees touched down for Gloucester, while the latter added a penalty and two conversions.

But the Sharks were not to be denied, making it four wins from their last five Premiership matches and strengthening title play-off hopes. 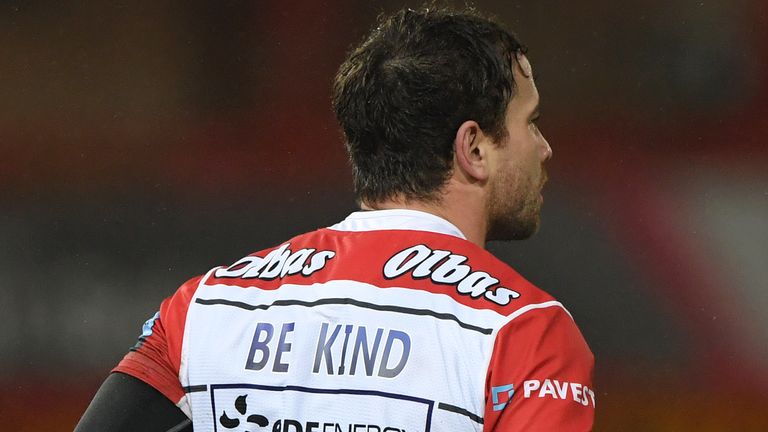 Gloucester ran out with the words “Be Kind” printed across the back of their shirts as part of the club’s campaign to raise awareness of mental health in partnership with the Samaritans.

Fly-half Danny Cipriani had helped drive the mental health initiative after the death of his ex-partner Caroline Flack.

Cipriani was heavily involved in Gloucester’s early attacking moments, chasing a kick that prompted some frantic Sale defending, and then looking to free his outside backs through a cleverly placed kick.

Sale then had the game’s first scoring opportunity, but Du Preez saw an angled penalty bounce back off the post and Gloucester cleared possession.

But Sale gained a flurry of penalties that meant Gloucester were pinned inside their own 22, and Du Preez took advantage to kick a 27th-minute opener and edge the Sharks ahead.

Twelvetrees, with the wind at his back, attempted a 50-metre penalty that hit the post, but Sale responded by scoring the game’s opening try five minutes before half-time. 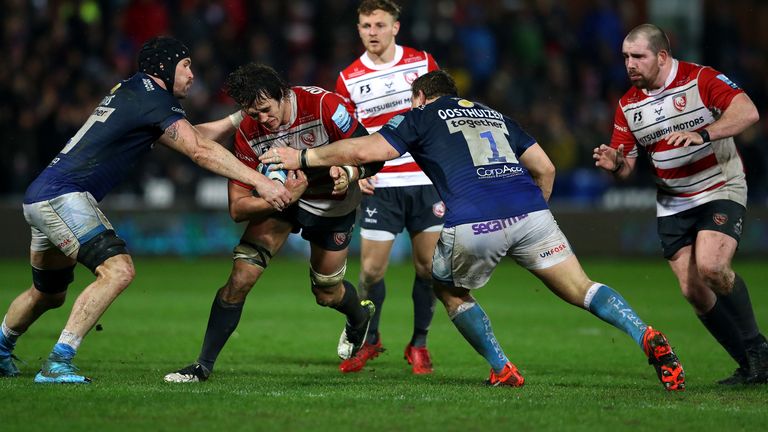 A speculative Sale kick deflected off Gloucester flanker Ruan Ackermann and, after the ball rolled into Gloucester’s 22, James won the touchdown race.

Du Preez converted to open up a 10-point advantage, and Gloucester could not threaten the lead as they were left facing a testing second period with the elements not in their favour.

But Sale had no intention of loosening their grip, and they went further in front from an attacking line-out that ended with Evans touching down.

A successful Twelvetrees penalty got Gloucester off and running, and there was more to come 11 minutes later after Sale had prop John sin-binned for collapsing a maul.

He had barely left the pitch before Gloucester made him pay, launching a ferocious surge by their forwards that Balmain drove over Sale’s line.

Twelvetrees converted, but just when Sale appeared threatened, they struck for a third try.

Cipriani tried to move the ball out from near his 22, yet a slip and fumble gifted Yarde a chance to pounce, and he duly delivered by sprinting over unopposed. 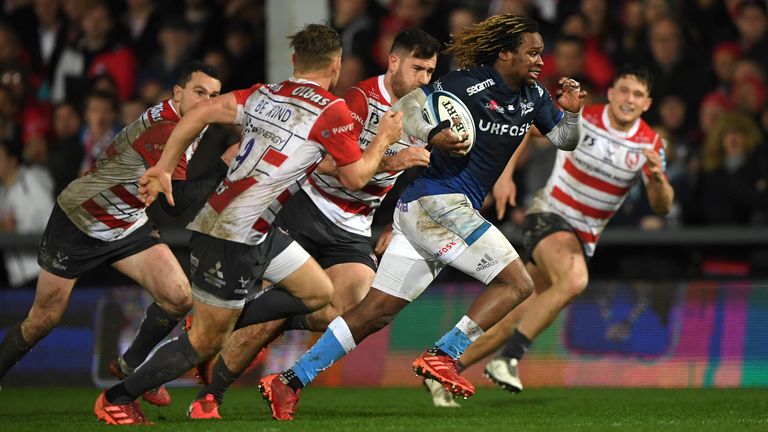 It was a savage blow for Gloucester entering the final quarter, but they replied just four minutes later with a second try that was awarded following lengthy debate between referee Wayne Barnes and television match official Rowan Kitt.